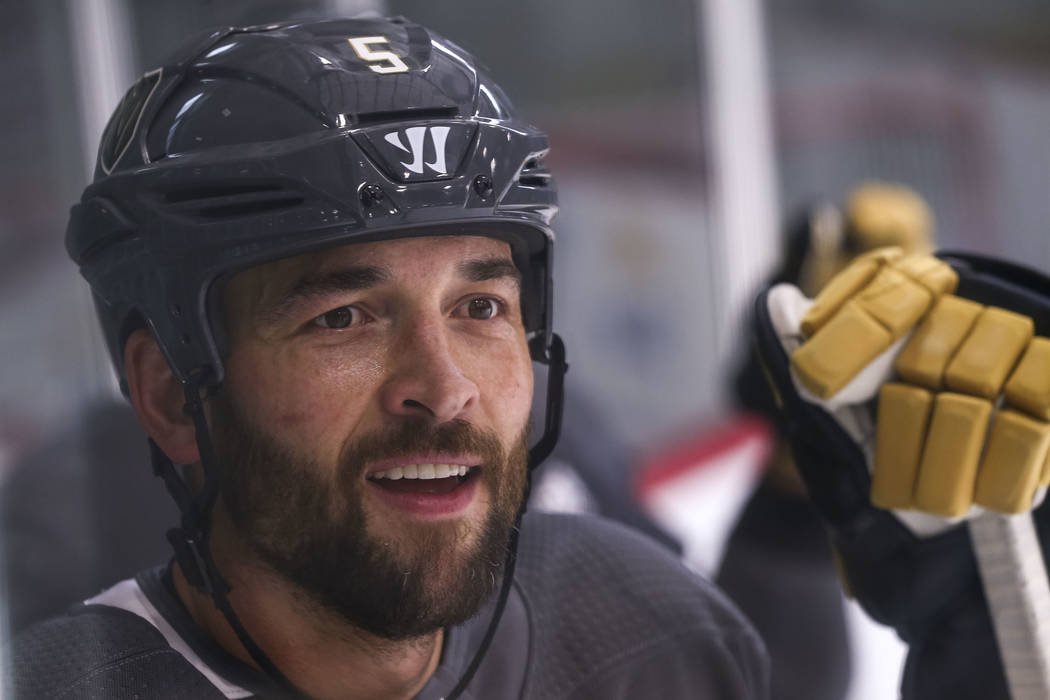 Deryk Engelland will return for a second season with the Golden Knights.

The veteran defenseman and longtime Las Vegas resident signed a one-year contract extension worth $1.5 million on Monday prior to the Knights departing for Nashville, Tennessee, where they begin a four-game road trip Tuesday against the Predators.

Engelland, 35, was set to become an unrestricted free agent July 1. His deal also includes up to $1 million in performance bonuses, making his potential salary cap hit next season $2.5 million, according to CapFriendly.com. 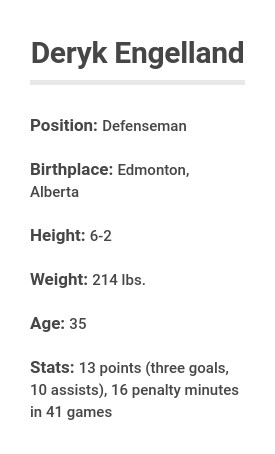 Engelland is the third player to sign an extension with the Knights during the season. He joins defenseman Brayden McNabb (four years, $10 million) and forward Jonathan Marchessault (six years, $30 million), as general manager George McPhee continues to lock up core players for the future.

“Deryk has been an integral part of our team, on and off the ice, from the very beginning,” McPhee said in a statement. “We selected him in the expansion draft because we knew he was a quality player with great character. He’s one of our team leaders and is enjoying a great season.

“Deryk has been a longtime Las Vegas resident, and his work in the community is exemplary. We are excited to have him a part of the Vegas Golden Knights organization through the 2018-19 season.”

And we are equally excited to have him stay 🤗🙌 pic.twitter.com/xzkV7QAU95

Engelland has tallied 13 points (three goals, 10 assists) and 16 penalty minutes in 41 games. He is second on the team with 83 blocked shots.

The Edmonton, Alberta, native is one point shy of 100 for his NHL career.

“We’ve got a lot of character in that room, great leaders, great young guys coming up,” Engelland said. “It’s a team effort, it’s been fun, and I’m looking forward to the rest of the season here.”

Cody Eakin missed his second straight day of practice Monday but made the trip to Nashville. Knights coach Gerard Gallant said the center is day to day with an undisclosed injury.

Oscar Lindberg centered Eakin’s line during the 45-minute practice and would play if Eakin can’t go against the Predators.

All-star forward James Neal (illness) did not practice but is expected to play Tuesday.

Nate Schmidt and Erik Haula, who live in Minnesota during the offseason, went straight from Sunday’s Fan Fest to D Las Vegas and watched the fourth quarter of the Vikings’ memorable 29-24 playoff victory over New Orleans.

“It was almost too much for me to handle,” said Schmidt, who hails from St. Cloud, Minnesota. “We went absolutely bonkers.

“Haula and I had this little bar upstairs. It was awesome. And there was some other Vikings fans there. (Sigh) It gets me emotional just thinking about it.”