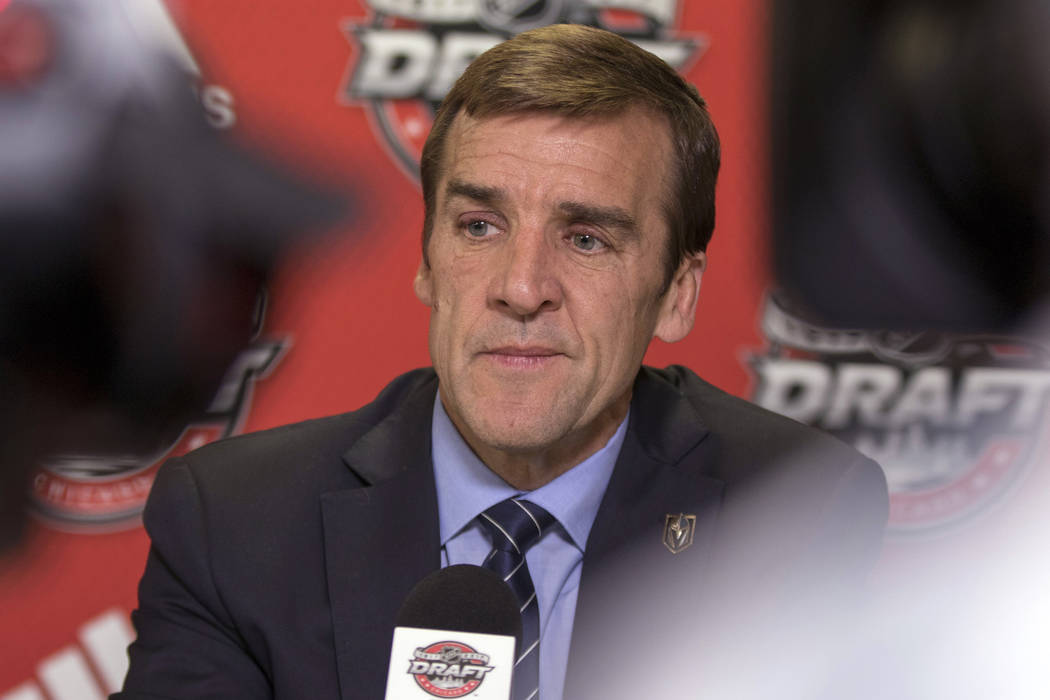 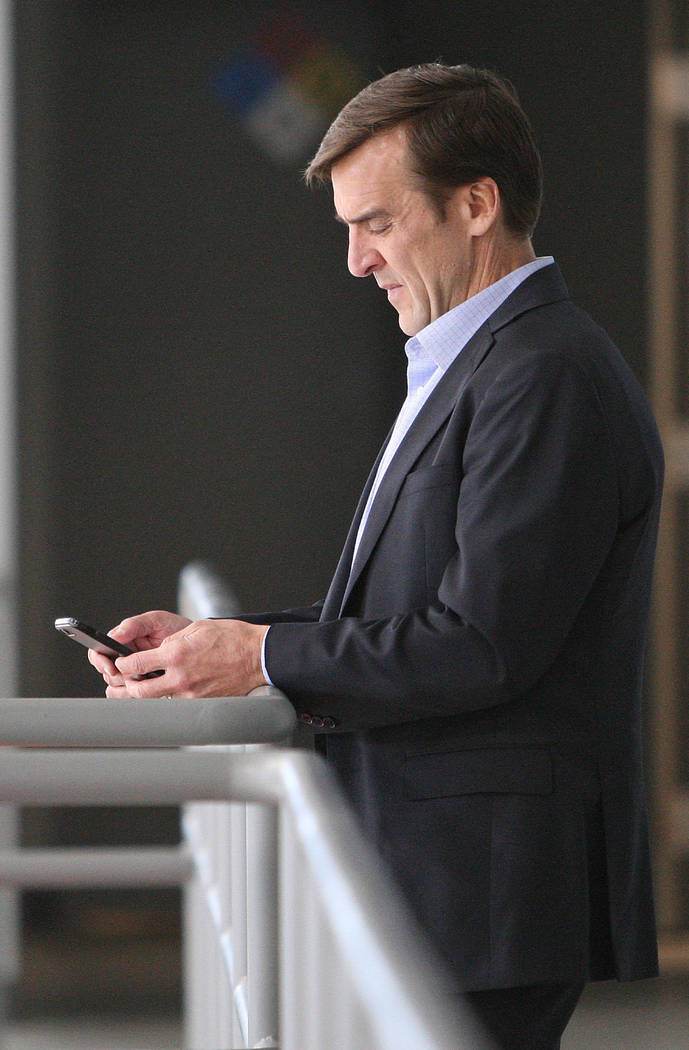 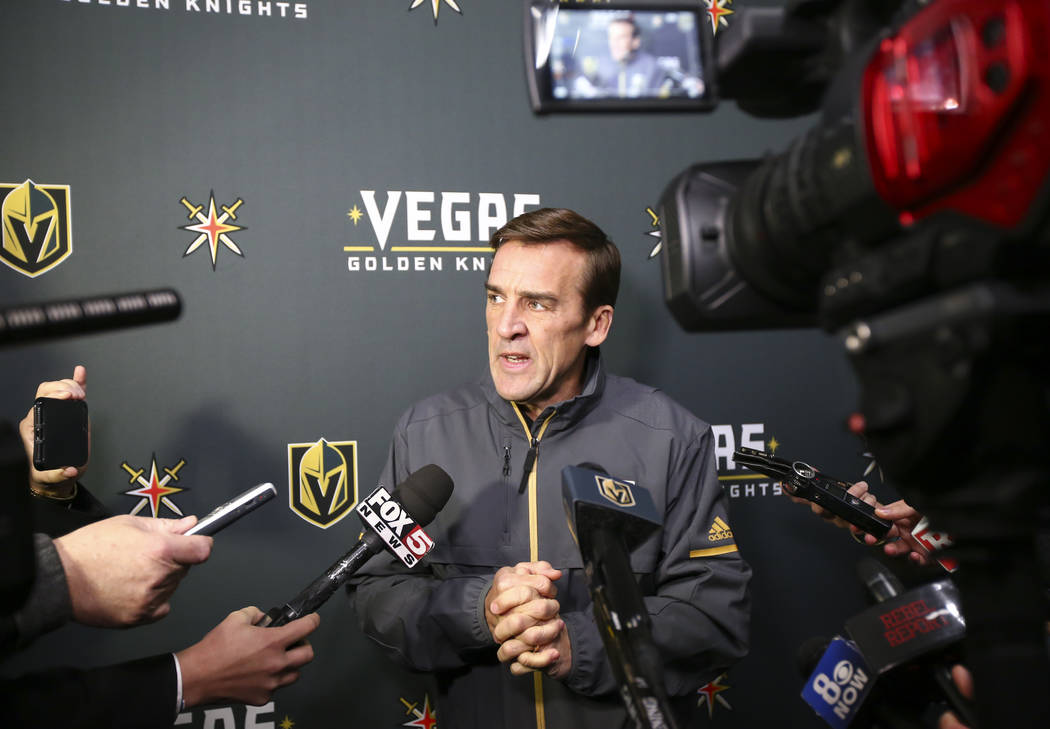 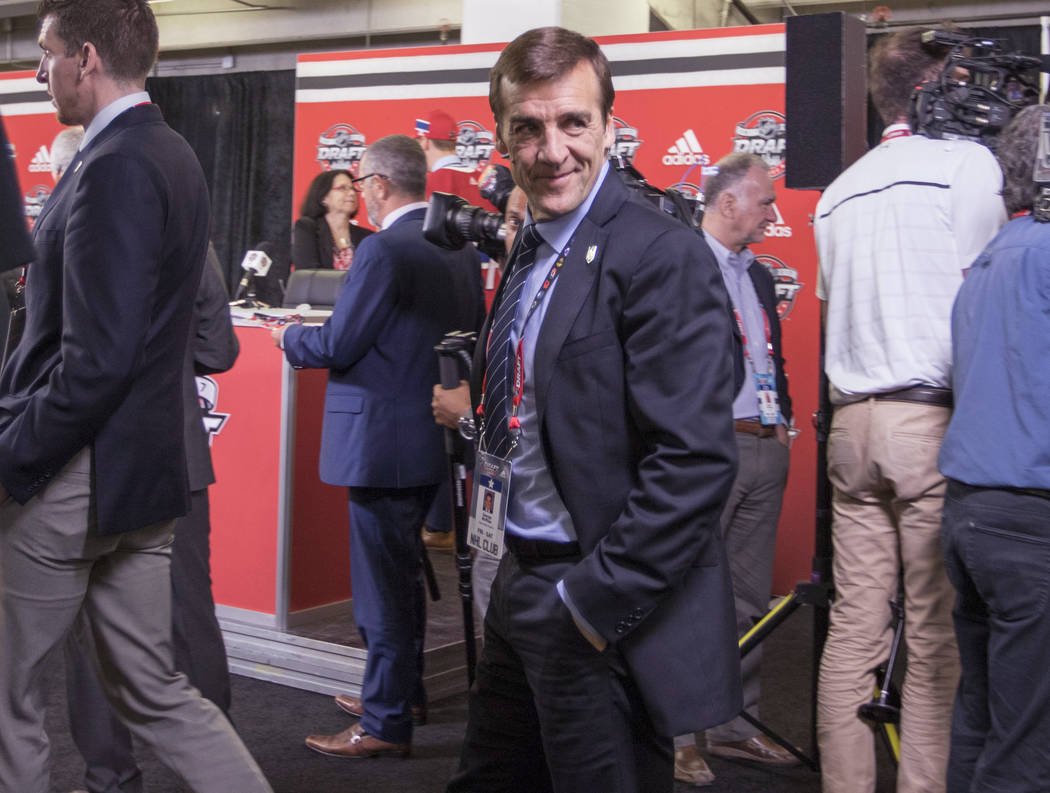 After 17 years of building the Washington Capitals into an NHL power but failing to win a Stanley Cup, George McPhee found himself out of a job in the spring of 2014.

The Golden Knights current general manager had been fired by Capitals owner Ted Leonsis. But in between being fired in Washington and hired by Knights owner Bill Foley, McPhee stayed in the game with the New York Islanders.

General manager Garth Snow hired McPhee in 2015 as a special adviser. He also was hired by Hockey Canada to work with that country’s word championship teams in 2015 and 2016.

On Saturday, McPhee will see his former team when the Capitals face the Knights at 5 p.m. at T-Mobile Arena. But don’t look for McPhee to rip his former team.

“Life’s too short to be bitter,” said McPhee, who added that he harbors no grudges against the Capitals. “I’m very proud of what we accomplished in Washington. We made that city into a hockey town.

“But I’m very grateful to the Islanders. You never know if you’re going to find another job. But Garth Snow reached out and offered me a position, and it was a wonderful experience.”

Snow said McPhee had a track record of success that he hoped would filter through the Islanders’ organization.

“George had built some great teams in Washington,” Snow said. “He’s really talented when it comes to analyzing situations and communicating. He has the ability to relate to what players, coaches and staff are going through.