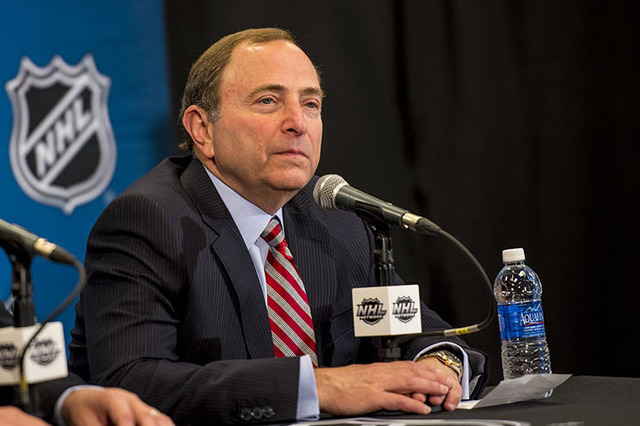 The long journey to bring a major league sports franchise to Las Vegas reaches a critical stage Tuesday. And if things go as Las Vegas hockey fans hope, a celebration will be planned for June 22.

The NHL’s nine-member executive committee is expected to meet in New York and make a decision on expansion for Las Vegas and Quebec City, the two cities that applied for teams in July. NHL officials would not confirm the Tuesday meeting, but multiple sources with knowledge of the situation say it’s on.

The committee’s recommendations will be put to a vote by the 30 Board of Governors at its meeting in Las Vegas on June 22. Twenty-four votes are needed for approval, and barring something highly unusual, the board will take its cue from the executive committee, which is made up of owners from Boston, Toronto, Chicago, Minnesota, Tampa Bay, Anaheim, Calgary, Washington and Carolina. Bruins owner Jeremy Jacobs is the chairman.

The NHL last expanded in 2000 when Columbus and Minnesota joined the league, paying $80 million apiece. The reported price for expansion this time is $500 million per city.

As NHL commissioner Gary Bettman outlined at a news conference May 30 in Pittsburgh before Game 1 of the Stanley Cup Final, the committee has three options regarding expansion:

One, it can recommend that one or both cities be approved to begin play in 2017-18.

Two, it can defer a decision on expansion to 2018.

Three, it can choose to put expansion on hold indefinitely.

In Las Vegas’ case, money is not an issue. Businessman Bill Foley’s plan has been scrutinized by the NHL and owners have been impressed — from the 14,000 deposits on season tickets, the favorable lease with T-Mobile Arena that will give him the opportunity to turn a profit, his plans for a practice facility in Summerlin and a plan to invest in the community.

Foley has indicated he is ready to go for the 2017-18 season. It is not known whether he will be at the Tuesday meeting or if he will be available by phone for questions. Foley has kept a low profile recently, keeping his few public comments short and not saying anything that could rile the NHL and upset the process.

If the executive committee recommends expansion to Las Vegas, the NHL and Foley would have a two-week window for legal documents to be reviewed and signed before the final vote June 22.

Quebec City is more problematic. The concerns over the lack of strength in the Canadian dollar are legitimate, and even Brian Mulroney, the former Canadian Prime Minister who is the chairman of Quebecor, the group behind Quebec City’s bid, said Friday the timing might not be right for a team for 2017.