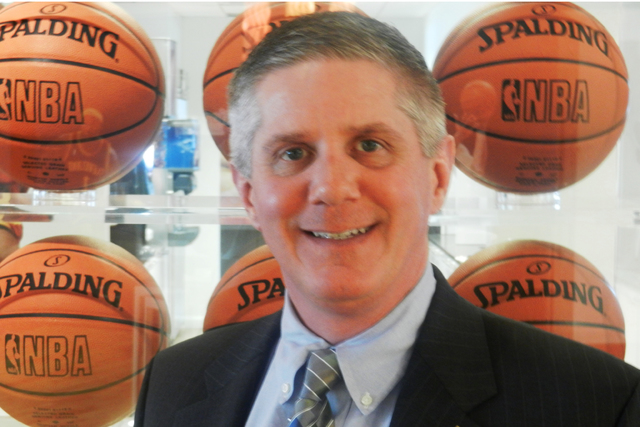 Bill Foley believes he has found someone to run the business side of his Las Vegas NHL expansion franchise with the same acumen that he has on the hockey side with general manager George McPhee.

Bubolz was responsible for Cavaliers’ oversight of ticket and suite sales; corporate sponsorship revenue; broadcasting, marketing and communications; and fan and community engagement. He also oversaw the Cleveland Monsters of the American Hockey League and the Canton Charge of the NBA Development League.

Prior to Cleveland, Bubolz was vice president of sales for the Carolina Hurricanes and the Dallas Stars.

“We interviewed a lot of people for this position,” Foley said. “All six finalists for the job stood out. But I felt Kerry had the maturity and the knowledge to work with George and me.

“What I also like is he worked in Carolina and Dallas, two nontraditional hockey markets which I think will be invaluable in his working for us.”

Bubolz, 50, who is from Tulsa and has a bachelor’s degree in marketing from Oklahoma State University, said he was looking forward to the opportunity.

“Las Vegas is one of the fastest growing markets in the country,” he said. “When you look at T-Mobile Arena, the 16,000 deposits on season tickets, the ownership group led by Foley and George McPhee running the hockey operation, the team has a great foundation already.”

Bubolz, who will officially start his new job at the end of the month, knows there is much work to do. Corporate sponsorships must be acquired and signed off on. An advertising and marketing campaign must be developed and executed. Media rights for both television and radio must be negotiated. Foley said Bubolz will hit the ground running.

“One of the other things I liked about Kerry besides his hockey experience is he has a wealth of experience working in different sports and different markets,” Foley said. “He was in Cleveland when LeBron (James) left the first time and he had to work hard and be original to keep their fan base engaged.

“Of course, when LeBron came back and they won the NBA championship, that also helped give him experience.”

Bubolz, who spent 13 years with the Cavaliers and Quicken Loans Arena, was part of the pool of executives that Foley found in a national search by the New Jersey-based company Turnkey Search. He will report directly to Foley but will also work with McPhee.

“I can’t wait to get out there and get started,” Bubolz said. “I’ve always wanted a chance to run a hockey team from the business side of things, and I can’t think of a better opportunity than this.”