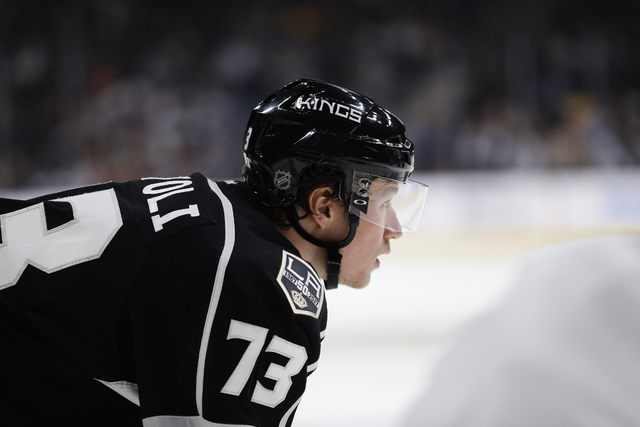 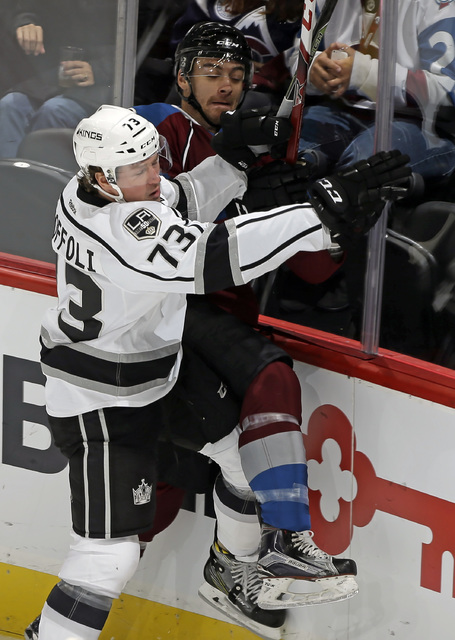 When the official groundbreaking took place May 1, 2014, for what would become T-Mobile Arena, Luc Robitaille, the Los Angeles Kings’ president for business operations, said the team would be glad to break in the building for a potential Las Vegas franchise.

That day has arrived. Las Vegas has its NHL team, having been granted an expansion franchise in June to begin play next season. T-Mobile, which opened April 6, hosts its first hockey game at 7 p.m. Friday with the Kings facing the Dallas Stars. Los Angeles will play Colorado at 7 p.m. Saturday at T-Mobile in the annual Frozen Fury game.

Center Tyler Toffoli, who has played in the annual Las Vegas preseason game in each of the past three years at the MGM Grand Garden, said moving across the street shouldn’t present any problems.

For years, the Kings have been in the Las Vegas market selling and promoting the sport. Twenty-five years ago, they played an outdoor game at Caesars Palace against the New York Rangers. The Frozen Fury series with the Avalanche has taken on a playoff-like atmosphere, as fans from both teams have rocked the Grand Garden and are expected to do so Saturday at T-Mobile.

“It’s always a good atmosphere when we come to Vegas,” Toffoli said. “The fans are into it, and it’s a great way to kick off the season.”

George Salami, who is in charge of making ice at T-Mobile, promises the players will be pleased. He had a test run in August to get a feel for how the building responds to having the ice down. With sellout crowds expected both nights, it will be warm in the arena, so look for the thermostat to be lowered to keep the building cool and the humidity low.

Toffoli said he doesn’t remember the ice at the Grand Garden being problematic and is confident the ice at T-Mobile will be fine.

The Kings are coming off a disappointing finish to the 2015-16 season. They were second to Anaheim in the Pacific Division with 102 points, only to be ousted by San Jose 4-1 in the first playoff round.

“It was tough,” Toffoli said. “The way we played in the playoffs wasn’t the way we had played in the regular season. We knew what we had, and we didn’t perform like we were capable.”

Toffoli, 24, is coming off his best NHL season, with 31 goals and 58 points while leading the league in plus-minus (plus 35), and said he is eager to build on those numbers.

“You never want to be satisfied,” he said. “I got to this point by working hard, and I know I can be better.”

And while he’s not looking past this season, Toffoli said he’s looking forward to playing the Las Vegas team in 2017.

“I think you’ll see a rivalry develop,” he said. “We’ll play them a lot, and it should be fun for our fans and the Vegas fans.”