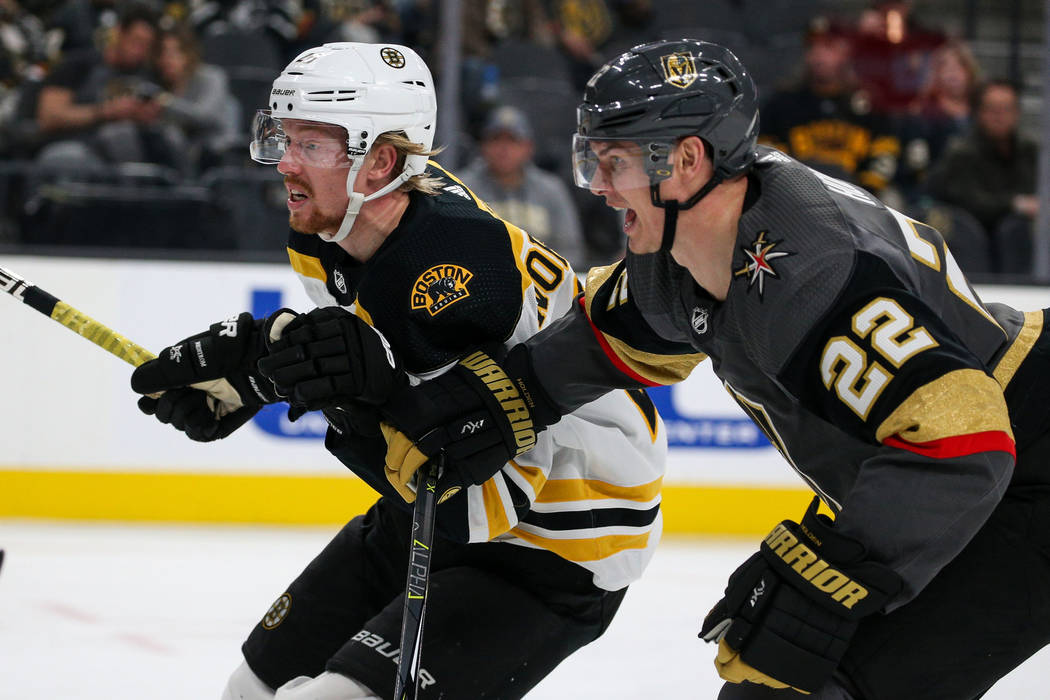 The Golden Knights have shelved their one defensive acquisition in free agency this offseason, listing Nick Holden as a healthy scratch during the team’s four-game winning streak.

“You want to be playing,” said Holden, who signed a two-year, $4.4 million contract in July. “Everybody wants to be playing, but when the team is playing well and guys are playing well, you kind of just have to bide your time and wait for another opportunity to get back in and play well enough to stay in.”

Holden, 31, has been steady on the Knights’ third defensive pair this season with 13 points (three goals, 10 assists) and a plus-2 rating in 53 games.

But the team wanted defenseman Colin Miller in the lineup Feb. 26 against the Dallas Stars and defenseman Jon Merrill, who is plus-4 in his last 11 games, was playing too well to take out.

“He’s been aggressive but defensive-minded at the same time,” Holden said. “When he came in, he didn’t want to come out. He’s showing that, which is awesome to see.”

Now Holden hopes to show the same thing when he gets his next opportunity.

“The D corps is playing really well right now,” Holden said. “All of us, we know that’s the mentality. The best are going to play.”

The Knights could have sulked when the Vancouver Canucks challenged their second goal in a 3-0 win was the result of goaltender interference, but defenseman Nate Schmidt liked the team’s attitude on the bench. He said he saw players that were excited to get on the ice and score again no matter what the official’s decision was.

“That’s the type of flow to your game and flow to your mentality and personality and your demeanor that is really important to a team this time of year,” Schmidt said. “You can’t just limp in (to the playoffs). You have to have that confidence. So when it comes to playoff time, you really just shut your brain off. It’s muscle memory at that point. You make the plays you’ve made all year and if you have the confidence to make them, you’ll make them. If you don’t, you won’t.”

Changing of the guard?

The Knights’ second line of center Paul Stastny and wingers Max Pacioretty and Mark Stone has played more in 5-on-5 situations in each of the last three games than the team’s first line of center William Karlsson and wingers Jonathan Marchessault and Reilly Smith.

“We feel that we’ve been playing pretty strong,” Pacioretty said.