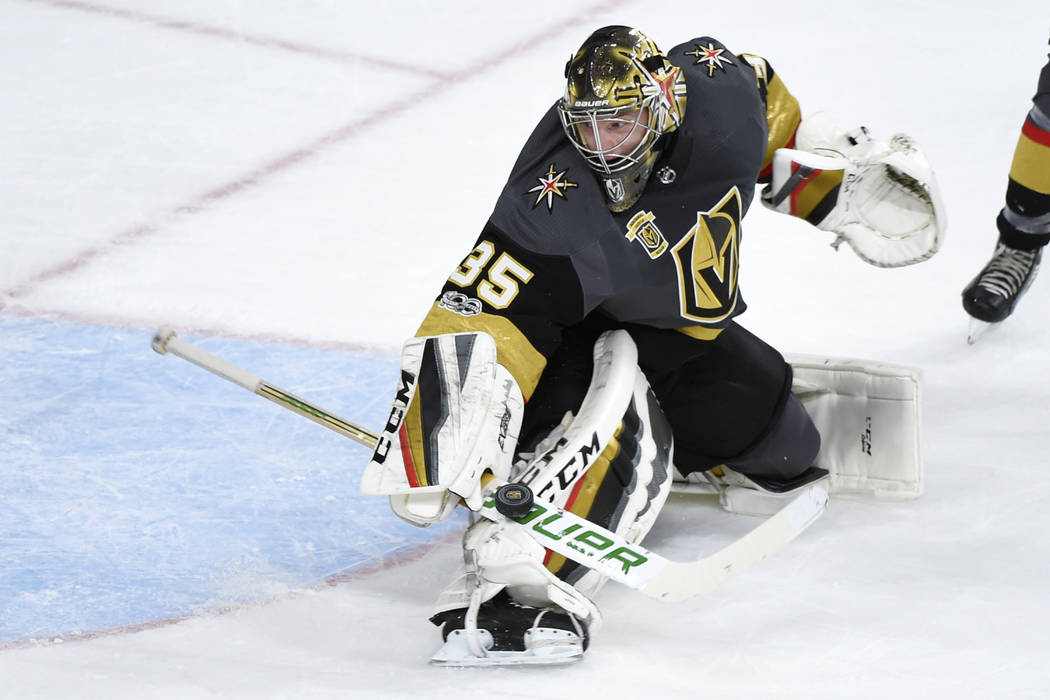 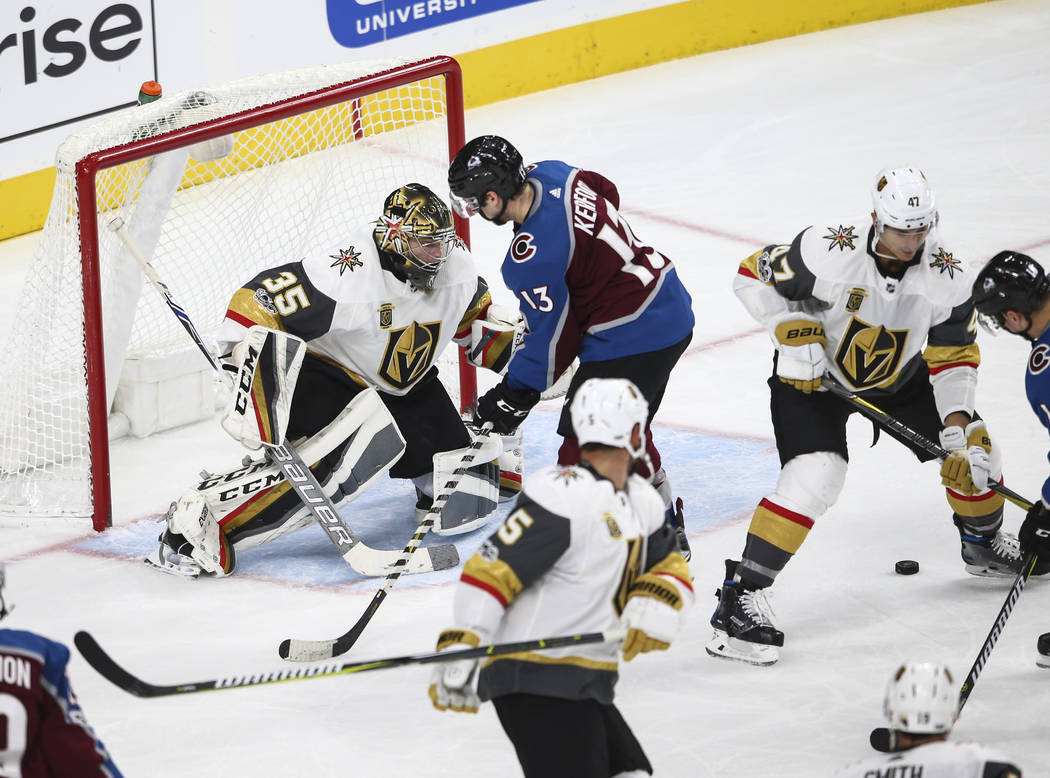 Goaltender Oscar Dansk, who had a 3-0-0 record while filling in for Golden Knights starters last season, signed a two two-year, two-way contract, the team announced Friday.

The deal will have an average annual value of $675,000 at the NHL level. His minor-league salary was undisclosed.

DUST OFF YOUR DANSK-ING SHOES 🕺🏻

Dansk, 24, played in four NHL games last season with a 1.78 goals-against average and .946 save percentage. He recorded his first NHL shutout Oct. 27 against the Colorado Avalanche, stopping 32 shots.

The Stockholm, Sweden, native had a 13-3-1 record for the Chicago Wolves in the AHL with a 2.44 goals-against average and a .918 save percentage.