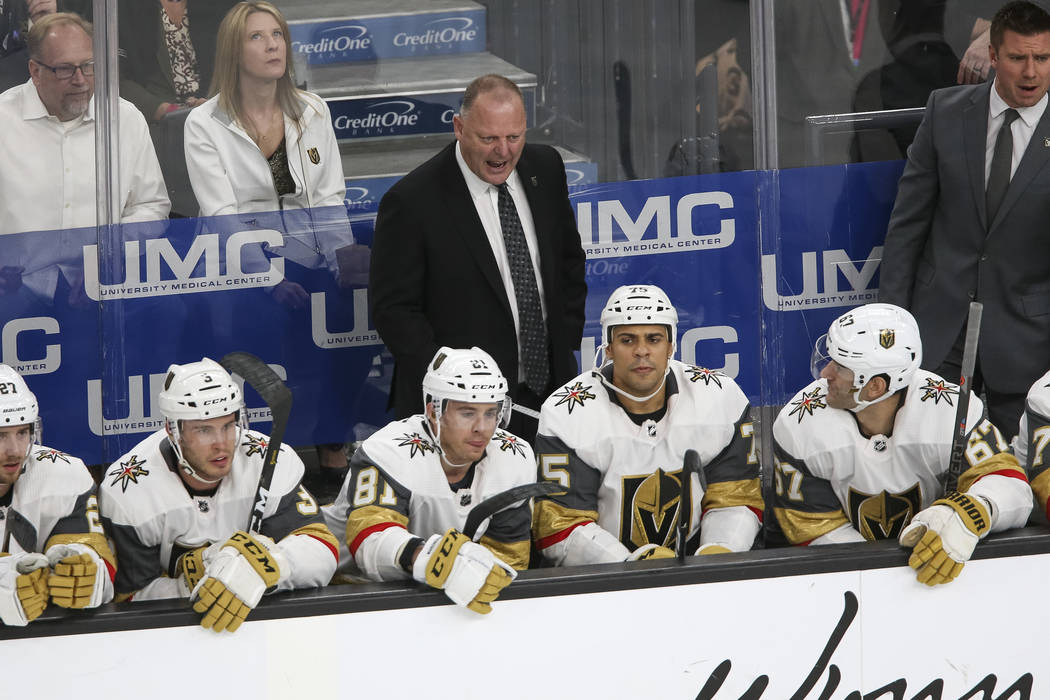 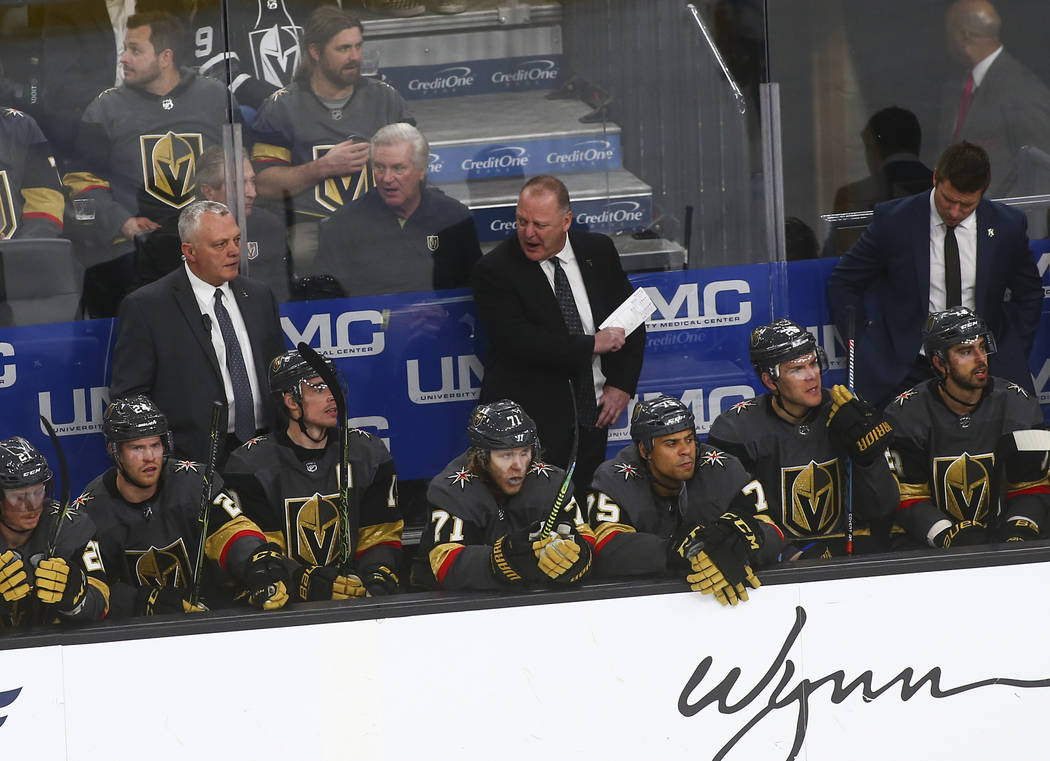 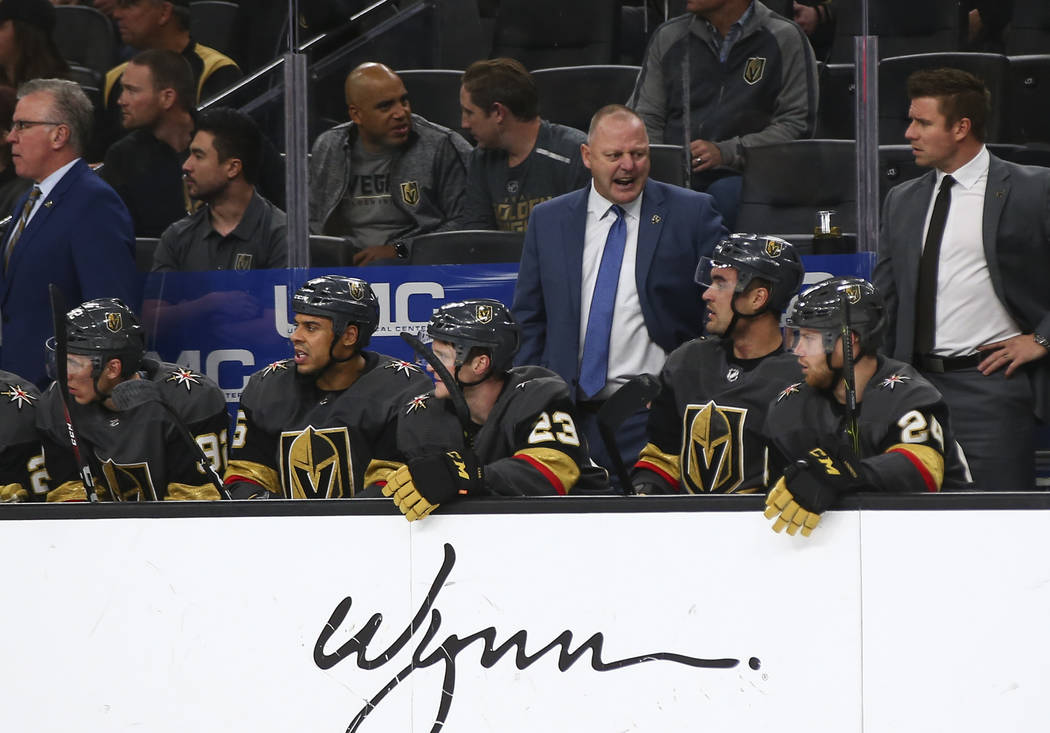 Mark Stone is new, so the Golden Knights right wing is excused for saying “playoffs” in recent interviews.

He wasn’t here last season when uttering that word before the Knights had a clinching ‘X’ beside their slot in the standings was a major no-no.

But Jonathan Marchessault certainly was around, and the left wing said “playoffs” the other day. Defenseman Brayden McNabb did, too.

And coach Gerard Gallant referenced the postseason multiple times when asked about it Tuesday at City National Arena.

So why the change?

“It’s higher expectations, and we are giving ourselves those expectations. We want to be there. We’re a confident group, and we know we can do some damage.”

Talk of the playoffs and magic numbers started in January of the Knights’ inaugural season when they were leading the Western Conference and on pace to finish with 119 points.

Until the Knights clinched a berth in the postseason on March 26, nobody in the locker room wanted to be the cooler and publicly say the word “playoffs” for fear of jinxing the expansion team’s historic run.

“There was no point of talking about it,” center Pierre-Edouard Bellemare said.

It’s been safer to say this season.

After overcoming an 8-11-1 start, the Knights have been entrenched in third place in the Pacific Division for the past two months.

Perennial contenders Anaheim and Los Angeles each are in rebuilds, and Arizona is the only other team in the division above .500.

According to website HockeyReference, the Knights had a 98.7 percent chance of reaching the postseason after Monday’s games.

“You have that expectation of your group, and it’s kind of hitting a check box in your season,” defenseman Nate Schmidt said. “There’s still some time left, right? You still have to make sure you take care of your business, but I think that the feeling in the room is that (qualifying for the playoffs is) not good enough.”

With 12 games remaining, it’s fair to start looking at the Knights’ magic points number for the postseason.

The soonest the Knights can surpass 99 points is April 1 against Edmonton.

The Knights can clinch at least a wild-card berth as early as March 30.

Should the Knights finish third, they would meet the division’s second-place finisher in the opening round of the postseason.

HockeyReference projects San Jose with about a 53 percent chance to win the Pacific. The Knights trail first-place San Jose by 13 points and Calgary by 12.

The Knights will have plenty of say in their own postseason fate, with games at San Jose on Monday and March 30.

Arizona visits T-Mobile Arena in the penultimate game of the regular season April 4, but the Knights likely will have clinched a playoff berth by then.

“Last year, at this time we knew we were in the playoffs,” Gallant said. “We’re in a good position. … But you still have to make it. You still have to win hockey games. You’ve still got to get prepared.

“Playoffs are a month away, and you don’t got to worry about them. They’ll take care of themselves as you long as you win games and get some points.”