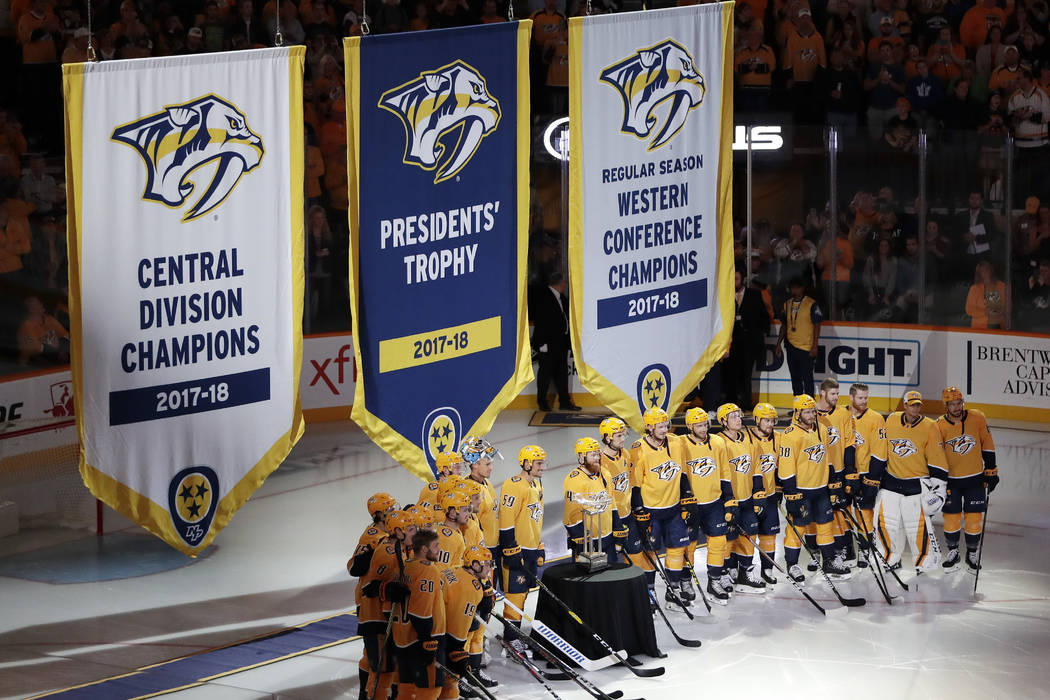 Did anyone tell the Nashville Predators that it doesn’t pay to finish third?

The Predators were made a mockery Tuesday after they hung a “Regular Season Western Conference Champions” banner next to the Central Division Champions and Presidents’ Trophy banners.

The Golden Knights won the Western Conference Finals after beating the Winnipeg Jets in five games. They went on to lose to the Washington Capitals in the Stanley Cup Final in five games.

While the Predators won the Central Division in the Western Conference last season, they lost to Winnipeg in the second round, effectively finishing third — or fourth — in the conference for the playoffs. One could also say that the San Jose Sharks, who lost to the Golden Knights in the second round, finished third.

Regardless, the Predators definitely did not win the Western Conference. Twitter was quick to point it out.

The Predators raising a banner that says “Regualr Season Western Conference Champions” is a true embarrassment to the organization. By raising the banner of a fake championship, it is proving how much actual, meaningful winning is lacking in Nashville. #Preds

Look, I'm all for a team celebrating its history, but I think the new banners the Predators raised might be a little unnecessary. pic.twitter.com/dDt7a9QHn3

Look, we may have been a bit too hard on the Predators here..

These are fine banners. Bold choice and again, we'd rather not see the Jets hang anything like them… But you do you Preds! pic.twitter.com/iMcIAPbkNr

The Nashville Predators raising a WESTERN CONFERENCE REGULAR SEASON CHAMPIONS banner may be the most pathetic thing I've ever seen an NHL franchise do. This is beyond embarrassing.