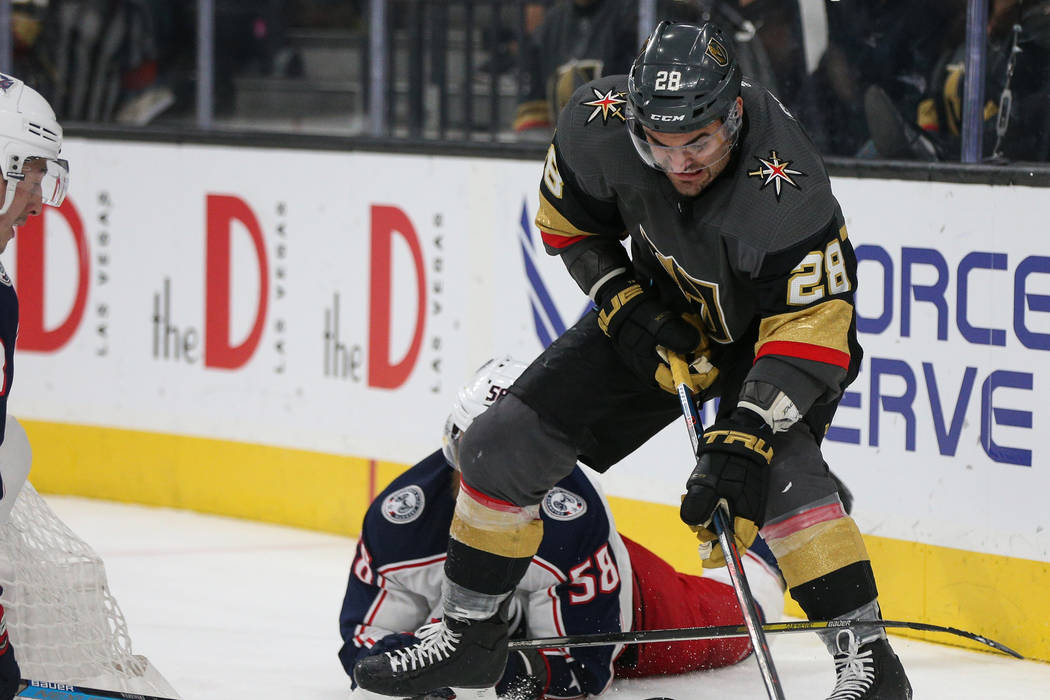 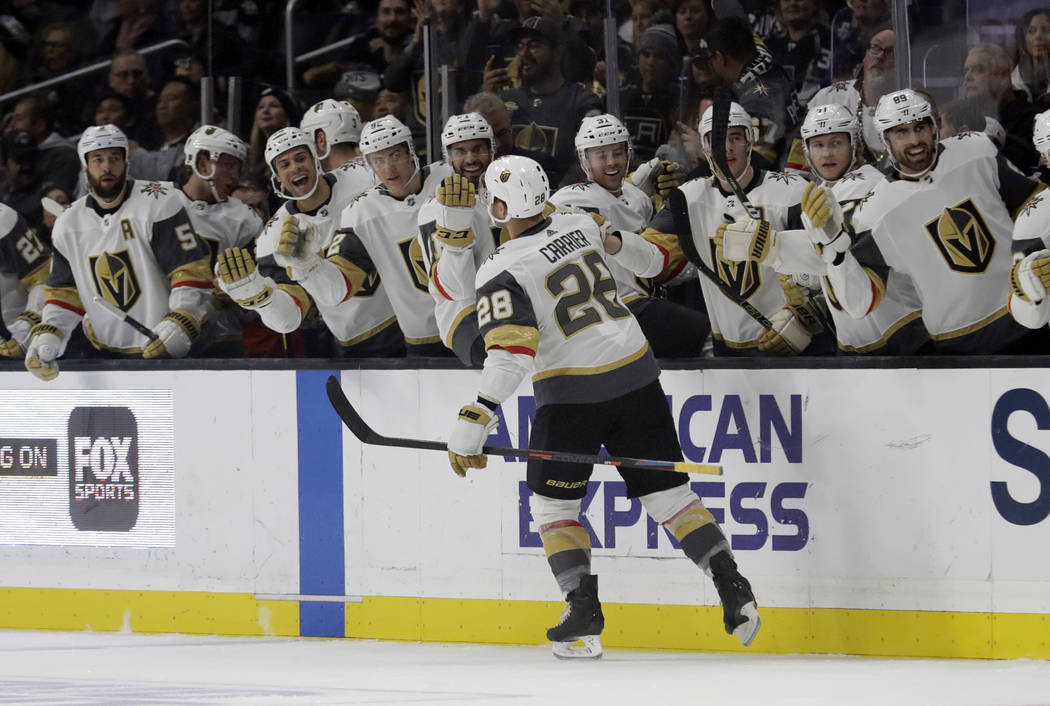 The Golden Knights winger said he didn’t think twice about delivering checks against the Columbus Blue Jackets after missing more than a month with an undisclosed injury.

The Knights were happy he was, because the NHL’s hits leader did what he does best against the Blue Jackets: Use his body to separate the puck from opponents. Carrier’s eight hits in the 4-3 loss, his first game since Jan. 4, were tied for fourth-most in his three-year career.

That raised the 24-year-old’s league-leading total this season to 227, well ahead of teammate Ryan Reaves, who is second with 202.

“He’s a power guy,” linemate Pierre-Edouard Bellemare said. “Not just in the sense that he goes and hits guys, he’s got power in everything he does out there. He brings a lot of intensity to our game.

“It makes the game for sure much easier for me. Every time he goes (for a hit), even if he doesn’t finish the guy, I can tell the guy is not feeling safe.” 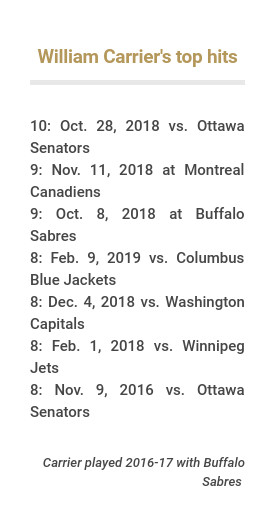 Carrier also wanted to note that his return to the ice wasn’t just about checking. He, Bellemare and Reaves had five scoring chances together on the Knights’ fourth line and didn’t give up one on defense.

“They played their best game in quite a while and they weren’t bad before that,” coach Gerard Gallant said. “I thought with Will’s energy and Will’s speed, and the chemistry that line has, they had a real good game.”

Player or coach, one thing about Gallant’s game day routine has stayed the same throughout the years: A pregame nap.

“I’ve done it since I was 17 years old,” Gallant said. “You start it at a young age. In the NHL as a player, you took your pregame nap to get ready for the game. Our sleep schedule is a lot different than most people’s so you get your rest when you get it. I know I feel a lot better when I have my pregame nap in the afternoon than when I (don’t).”

■ Defenseman Nick Holden (injured reserve, lower-body) skated twice in the past few days but Gallant said there’s “no real timeline” for when he could return.

■ Forward Ryan Carpenter (IR, upper-body) hasn’t resumed skating, but Gallant said he didn’t think he would be out “too long term.”

■ Gallant said forward Brandon Pirri was scratched Saturday because he was “not feeling great.” Gallant added Pirri would “probably” be in the lineup Tuesday against the Arizona Coyotes.