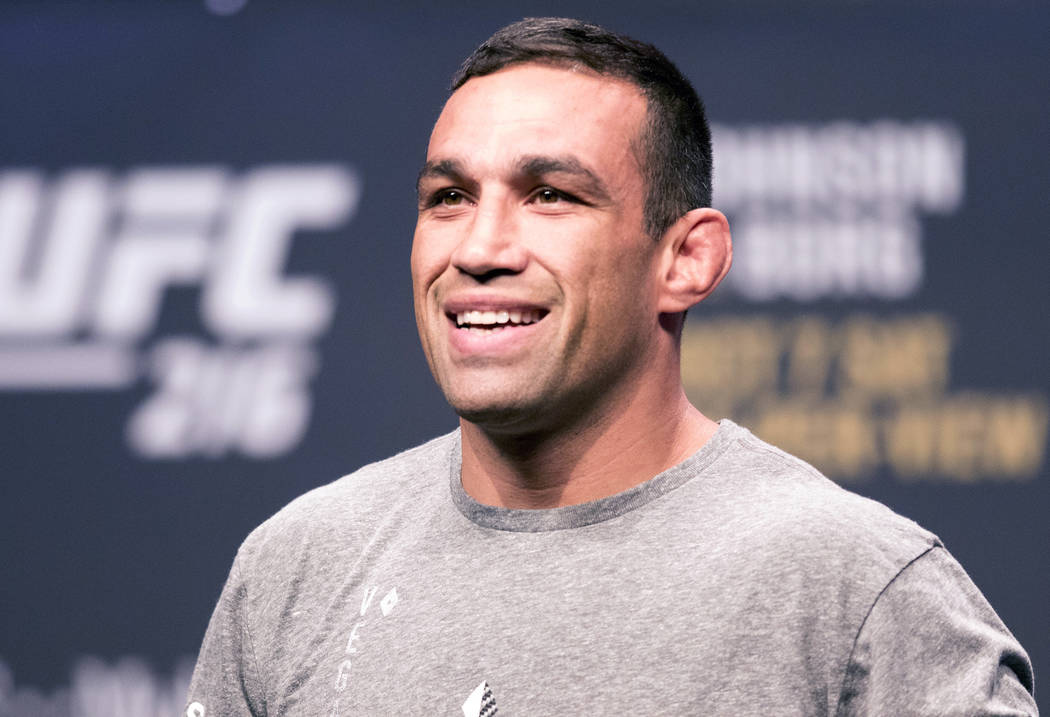 A breakdown of the fights on the main card of Saturday’s UFC Fight Night 121 card at Qudos Bank Arena in Sydney, with picks from the Review-Journal’s Adam Hill and Heidi Fang:

Storyline: Werdum accepted this fight as a late-replacement for Mark Hunt a month ago shortly after dispatching of Walt Harris in just 65 seconds. It’s a pretty big risk. Werdum hoped to get at least back in title contention with a win over Derrick Lewis at UFC 216, but Lewis pulled out of the bout just hours before the event and Harris was moved up from the preliminary card. Now Werdum hopes to make a big statement with the quick turnaround against a rising star in the division. Werdum has come a long way in his striking and remains elite on the ground when his fights actually go there. Tybura is very well-rounded with almost an equal number of knockouts and submissions. He has won three straight fights in the UFC, which is no small feat regardless of the opposition at heavyweight. Werdum may be somewhat distracted after he was charged with assault by Australian police for throwing a boomerang at UFC fighter Colby Covington during an altercation at the fighter hotel. No joke.

Storyline: Clark, who now lives and trains in Las Vegas, gets a big opportunity to make her UFC debut in her native country after Joanne Calderwood was forced out of the bout less than two weeks ago for undisclosed reasons. There’s no reason to think she can’t win. Clark trains with UFC talent every day at Syndicate MMA and has just been waiting for her shot in the organization. Clark has never been finished in her career and despite Rawlings’ big name, she is just 2-4 in her last six fights. Rawlings also missed weight despite coming up from strawweight for this bout and may not be in outstanding shape.

Storyline: Means bounced back from a pair of odd fights against Alex Oliveira with a victory over Alex Garcia to get back on course. He hopes to keep the momentum going against Muhammad and has a pretty favorable matchup to do so. Means is a kickboxer who can strike with force with fists, feet, knees and elbows. He struggles with wrestlers, but Muhammad is more likely to oblige in a striking battle. One of the reasons Muhammad won’t back down is because his chin is battle-tested and he’s shown the ability to endure big shots and come through the adversity before punching his way back into the fight. He’s got plenty of power, but may be in a tough spot stylistically.

Storyline: Matthews was one of Australia’s brightest young prospects before suffering a pair of losses in late 2016. He is moving up a weight class after a year away from the cage and will make his return back in front of his home fans. Matthews is still just 23 years old and getting better with each fight. He should be more comfortable without the brutal weight cut to 155 pounds. The issue here might be that Velickovic is a pretty big welterweight so Matthews will have to deal with his size. Matthews will have an athletic advantage and should be in great position if he can get a takedown. Velickovic won’t make that easy. He is a grinder who likes to slow down fights and force his opponents into his pace while he looks for opportunities to pounce when they let their guard down. Matthews will need to push the action and work for top position. His kickboxing is improving, but probably isn’t to a level where he can dominate in that area.

Storyline: Kelly has almost always been the underdog during his time in the UFC and yet more often than not finds a way to win. Despite looking like someone’s uncle that got lost in the arena and wandered into the cage, once the bell rings there is no doubt he’s a legitimate fighter. The four time judo Olympian for Australia is incredibly well-versed in body control and can really frustrate opponents with takedowns and his ability to control positions. He is, however, coming off a loss in which Derek Brunson just annihilated him in the first round. Theodorou may not have that same kind of power, but he is very talented and should be able to control the fight from the outside with his reach advantage. Kelly is a live dog, though. If he can get inside, Theodorou will be largely neutralized. This pick could end up looking silly, but there is too much value to not take the crowd favorite.

Storyline: There are high hopes for Volkanovski to be one of the next big stars out of Australia. Two different opponents were placed in front of him for this showcase bout and both were forced off the card. Young, a New Zealander, was signed to the organization just more than a week ago to step in the cage with the powerful kickboxer, who has a background in both wrestling and rugby. Young has a wrestling base and will more than likely look to use that to prevent Volkanovski from really getting his feet under him and opening up his attacks. There’s really no pressure on Young, who is playing with a house money after getting the call to the big show. He just might not be quite ready for a challenge like this.