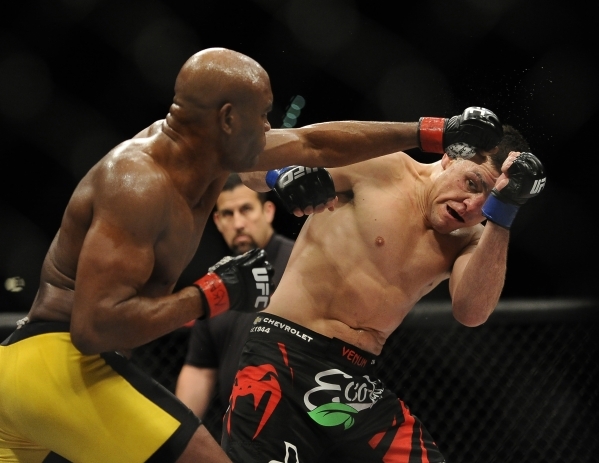 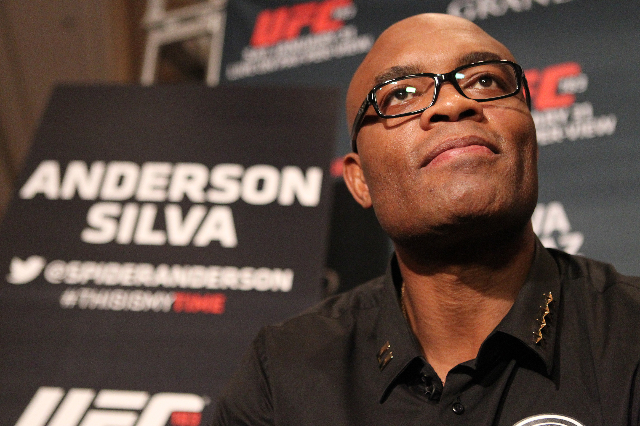 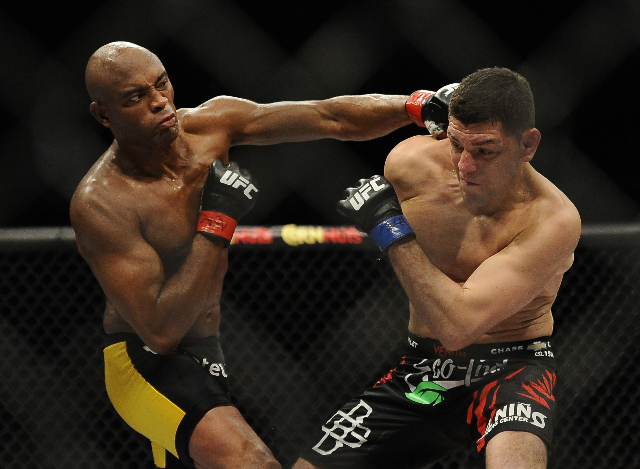 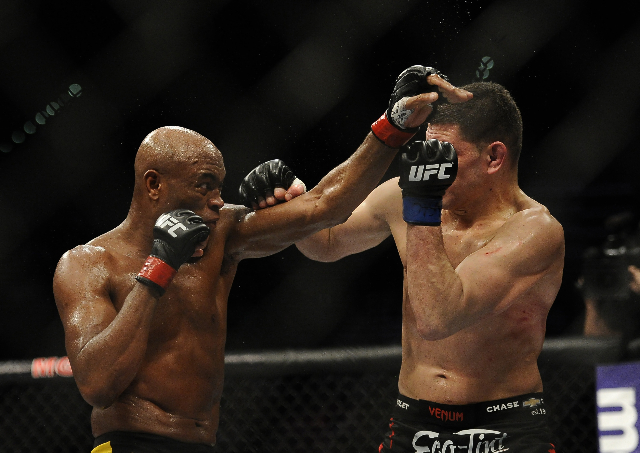 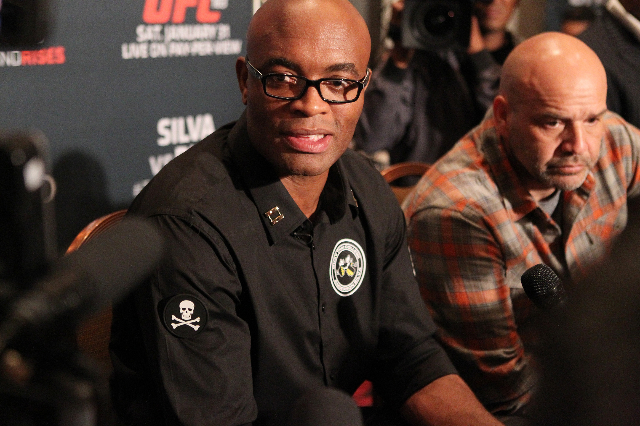 After months of outrage from mixed martial arts fans directed at the Nevada Athletic Commission over the abnormally harsh punishment doled out to Nick Diaz, the commission quietly and unanimously approved a settlement agreement with the Ultimate Fighting Championship star to significantly reduce the penalty.

During a Tuesday morning meeting at the Grant Sawyer Building in Las Vegas, NAC chairman Anthony Marnell quickly read through the agenda item regarding a proposed settlement with the UFC welterweight star.

Diaz was originally dealt a five-year ban and fined $165,000 by the commission in September after failing a test due to marijuana metabolites in Nevada for the third time in his career.

Without disclosing the terms of the settlement, a motion to approve it was made, seconded and quickly approved.

No details were announced during the meeting, but the Review-Journal obtained a copy of the agreement afterwards. Diaz will serve an 18-month suspension, retroactive to Jan. 31, 2015, the date he failed a test for marijuana following a unanimous decision loss to Anderson Silva at MGM Grand.

UFC president Dana White told the Review-Journal via text message he was pleased with the decision.

“It was the right thing to do,” White texted. “I’m happy for Nick.”

The original decision sparked immediate controversy and a petition to the White House to intervene received over 100,000 signatures. It was a hot topic for several weeks with athletes, celebrities, entertainers and even politicians speaking out against the commission’s decision.

According to the motion of reconsideration filed by Diaz’s Las Vegas-based attorneys at Campbell & Williams, the fighter erred during the September hearing when he repeatedly invoked his fifth amendment rights on the advice of his previous counsel to a series of questions from the commissioners.

“Mr. Diaz relied on the advice of counsel and invoked his rights under the Fifth Amendment of the United States Constitution when questioned by the commission regarding his use of marijuana, particularly when asked whether he used marijuana prior to his January 31, 2015 fight,” the letter stated. “After conferring with new counsel, Mr. Diaz determined that he wrongfully invoked the Fifth Amendment in response to relevant questions posed by members of the commission that he did not use marijuana “in competition,” as that term is defined by the World Anti-Doping Agency in its Anti-Doping code.”

Diaz’s attorneys argued the strategical flaw was enough for the commission to grant a rehearing.

Under the terms of the settlement, Diaz would face the original penalty should he fail to adhere to any of the conditions set forth.

Also at the meeting, a rehearing was officially set for February in the case of Wanderlei Silva.

A lifetime ban issued to him by the commission was thrown out by a Nevada judge last year.

His attorney, Ross Goodman, was disappointed the rehearing was pushed back. He is seeking a ruling from the commission so he can take the case to appeals court as he believes the commission didn’t have jurisdiction at the time Silva evaded a drug tester because he was not a licensed fighter.

Goodman was assured by Marnell the action would be in front of the commission during the February meeting.