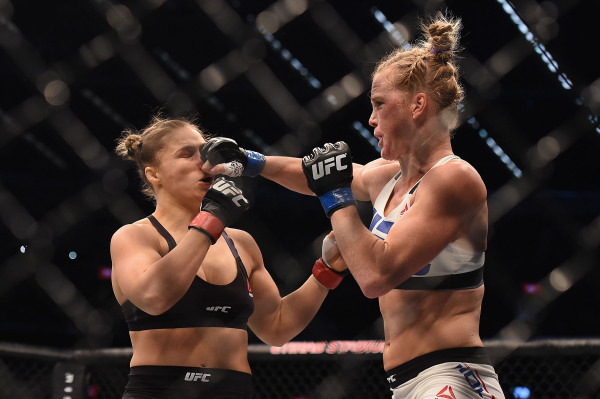 Former UFC women’s bantamweight champion Ronda Rousey indicated before her UFC 193 main event bout against Holly Holm over the weekend in Melbourne, Australia, she intended to take a break after the fight.

Now she wouldn’t be able to take a quick fight even if she wanted to jump right back in the cage.

Rousey was one of 14 fighters from the card to be issued medical suspensions by the Ultimate Fighting Championship, which self-regulated the event.

After suffering a second-round knockout loss to Holm, Rousey has been issued a 60-day suspension from fighting, with 45 days of no contact. The term will extend to six months unless she is cleared with a negative head CT scan.

Women’s strawweight champion Joanna Jedrzejczyk received a 45-day suspension with no contact for 30 days, which will also be extended to six months unless her right hand is cleared by a doctor after an x-ray.