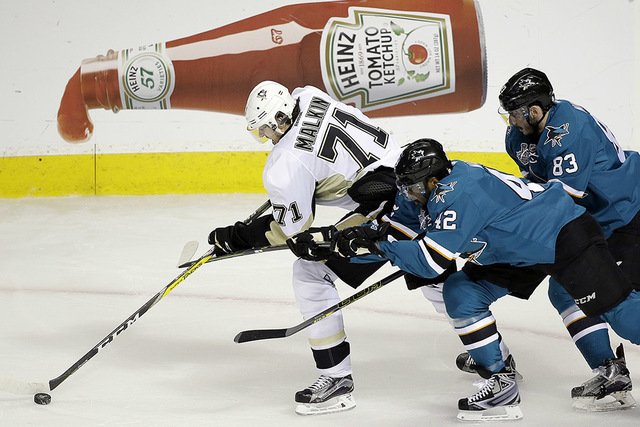 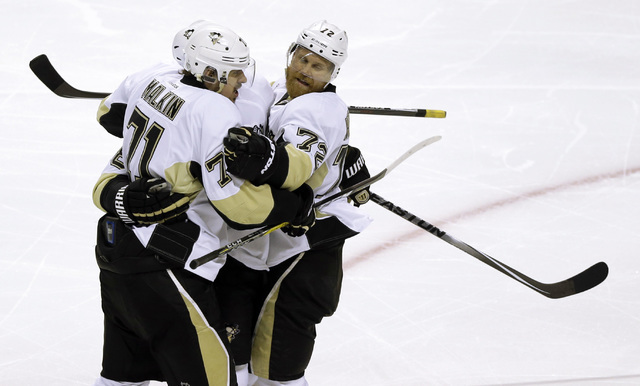 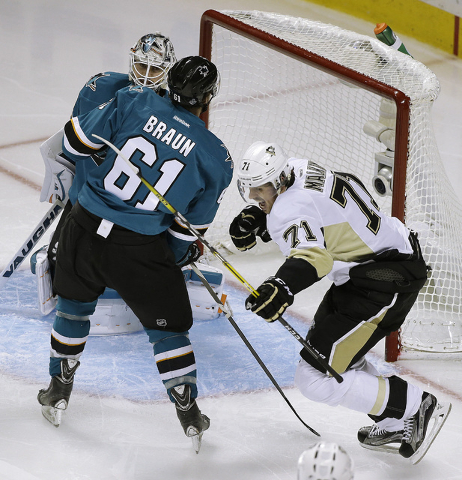 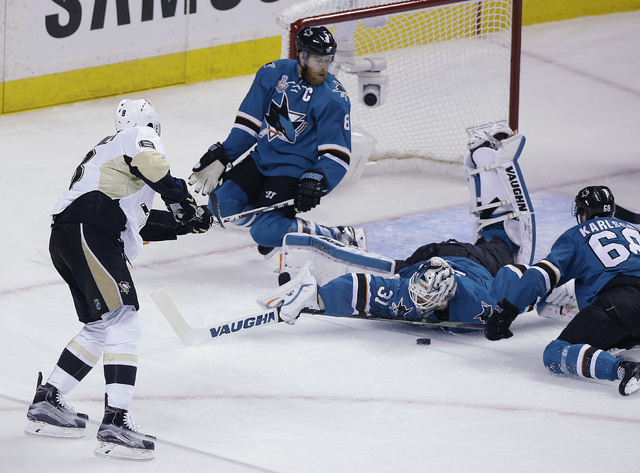 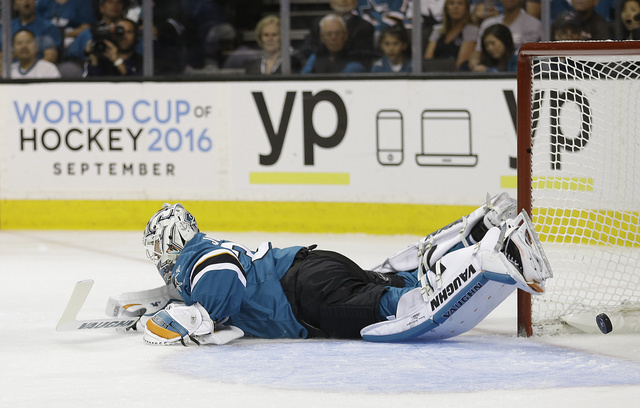 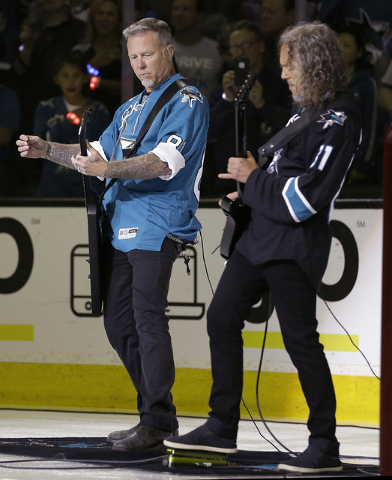 Evgeni Malkin scored his first goal of the series and Matt Murray made 23 saves after a shaky Game 3 to lead the Penguins to a 3-1 victory over the San Jose Sharks on Monday night for a 3-1 series lead.

Malkin woke up after being held pointless in the first three games of the series by setting up Ian Cole’s goal to open the scoring. He added one of his own on the power play to give Murray all the support needed.

Eric Fehr sealed it with a late goal after San Jose made a strong push in the third.

Two nights after allowing a soft game-tying goal to Joel Ward, Murray was steady throughout to put the Penguins one win from skating off with their fourth Stanley Cup in franchise history. They can do it at home in Game 5 on Thursday night.

“Just keep doing what we’re doing. Obviously we know what’s at stake,” Penguins captain Sidney Crosby said. “We don’t have to change a thing, just keep playing the same way we’re playing and the results will take care of themselves.”

The Sharks were unable to build on their first win in the final, allowing the first goal for the fourth straight game and going more than nine minutes without a shot on goal during one stretch of the second period. San Jose will need to win in Pittsburgh to give its loyal fans who waited 25 years to watch the Stanley Cup Final in the Bay Area another home game.

The story for the Penguins after their 3-2 overtime loss in Game 3 was how to get Malkin going after a slow start to the series. And how would the rookie Murray respond after giving up the soft goal to Ward and the winner to Joonas Donskoi.

Both passed with flying colors.

Malkin was energized from the start, helping setting up the first goal and then tapping in the second off a feed from Phil Kessel for Pittsburgh’s first power-play goal of the series.

“You try to just stay with it. You just try to make sure you execute,” Crosby said. “We had a really good first one, generated a lot of chances. I think that built some confidence. We got a great play from Phil and Geno there to get us a big goal.”

Murray wasn’t tested often early and went nearly the first half of the second period without facing a single shot. But the Sharks made a strong push after that, and he robbed Logan Couture, who was left all alone in the slot after a turnover by Kris Letang late in the second.

Murray then stopped Patrick Marleau on a breakaway and saved a one-timer by Joe Pavelski early in the third before allowing his first goal. Karlsson beat him on a rebound of Brenden Dillon’s point shot with 11:53 to play.

But Murray didn’t flinch and came up big again against Pavelski to preserve the lead, keeping the NHL’s leading goal scorer this postseason without a point in the final.

Fehr provided the insurance when he beat Jones on an odd-man rush with 2:02 to play.

Murray was helped by a strong penalty kill that thwarted two chances from San Jose’s potent power-play, and once again never trailed in the game. The Penguins have not played from behind for a span of 435:56 since a Game 4 loss to Tampa Bay in the Eastern Conference final. Pittsburgh’s only two losses since came in overtime games they didn’t trail until the final goal.

The Sharks came out strong to open the game but still trailed after one. Murray made good saves on Pavelski, Joe Thornton and Brent Burns, and Pittsburgh capitalized on a poor line change by San Jose.

Malkin started the play with a nice feed to Kessel, whose big shot was turned aside by Jones. But Cole got the rebound all alone on the other side and fired it past a diving Jones for his first career playoff goal.

NOTES: Sharks F Tomas Hertl missed his second straight game with a lower-body injury. … Hall of Fame quarterback Joe Montana was among the fans in attendance.