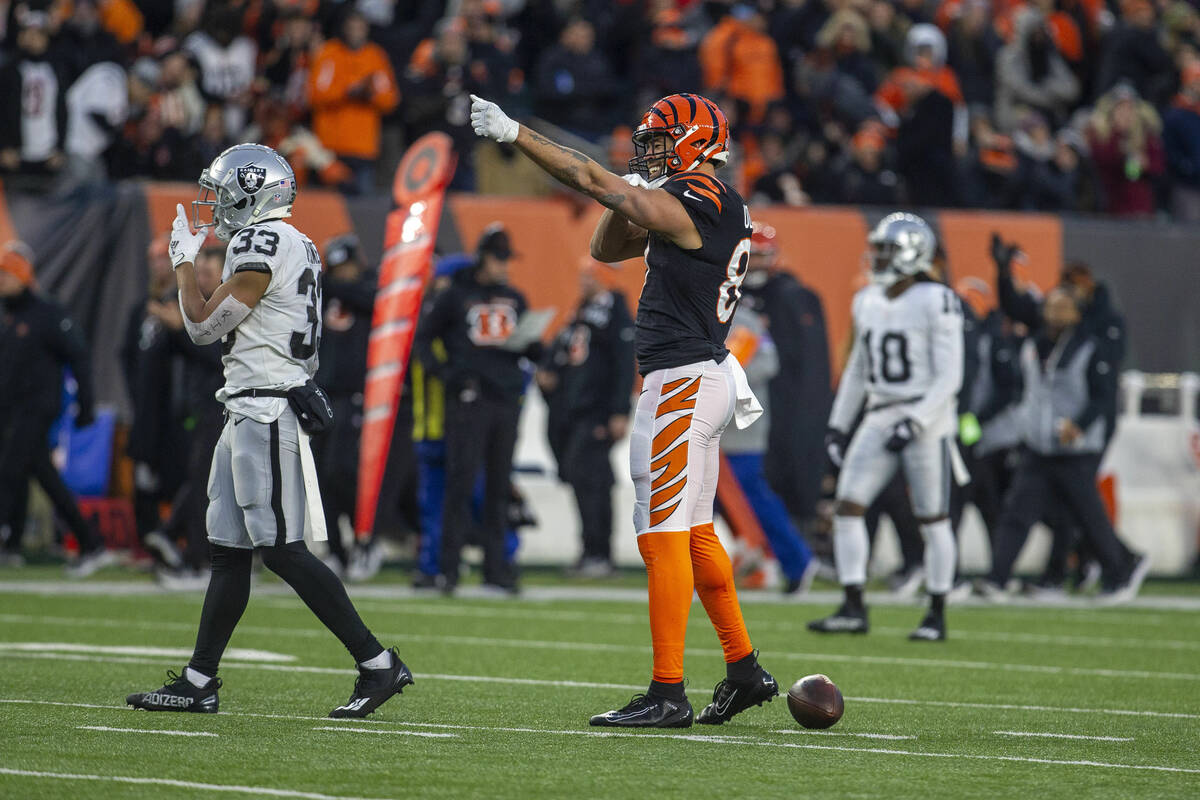 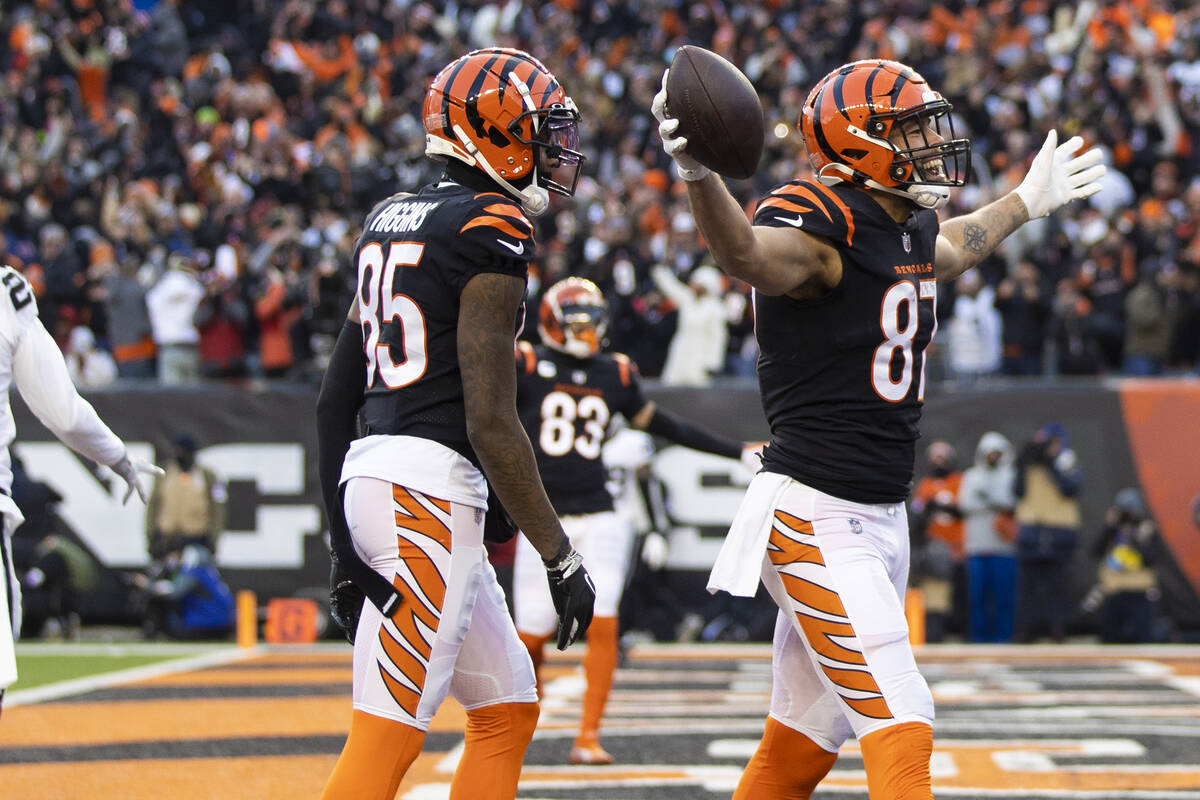 An official’s whistle blew while Joe Burrow’s touchdown pass was on the way to Tyler Boyd, meaning it should have been replayed.

Oh wow yeah, there definitely was a whistle there. By rule, that TD should have been dead ball.

Refs probably just didn’t want to cost the Bengals a TD because of their own actions. Rough luck for the Raiders.
pic.twitter.com/AIs08180Qo

Should this TD count with the whistle being blown while the ball is in the air? #Bengals #Raiders pic.twitter.com/WmUHrnSykM

Someone blew a whistle on the Bengals' TD. I assume it was an official who thought Burrow stepped out of bounds. That's supposed to end the play right there, even if the official was wrong, which he was.

I hate when refs determine the outcome of games especially big games. I still think the Bengals are the better team but it would be tied up right now without that controversial whistle 🤷‍♀️

The NFL is currently praying that the Bengals win this game by more then 7 points. Because if this game ends and the Bengals win by 7 or less, the entire conversation will be about the refs blowing the whistle and rightfully so.