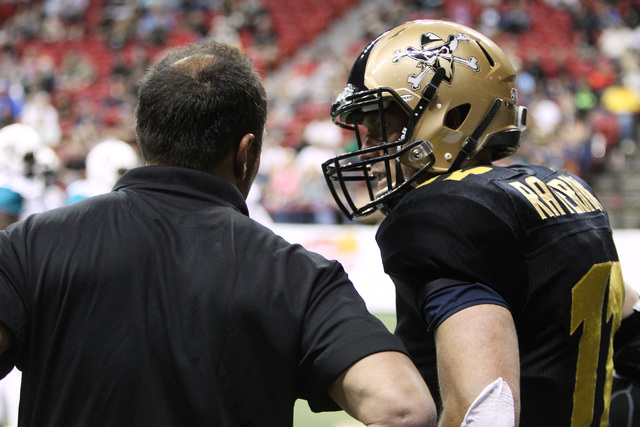 For their past 10 quarters, they look like a legitimate threat out of the National Conference’s West Division.

Since trailing the San Jose SaberCats 42-13 at halftime in their season opener at the Thomas & Mack Center, the Outlaws have outscored their opponents 159-118.

The Outlaws lead the league in scoring with 172 points, with all but two of the teams — Jacksonville and Philadelphia — having played three games. They rank first in the league in time of possession (99:13), second in third-down conversion (10 of 20) and fourth in total offense (801 yards).

“I think we’re just starting to get accustomed to one another,” quarterback J.J. Raterink said. “The verbiage we have with each other, the timing, it’s all coming together. Maybe even quicker than we thought it would.”

Raterink ranks fourth in the league in passing with 736 yards. He’s completed 65 of 111 attempts and has an impressive 17-to-1 touchdown-to-interception ratio. He’s also the team’s rushing leader, with 41 yards on 13 carries and three TDs.

Considering the AFL is played on a 50-yard field and is a pass-happy league, Raterink’s numbers already have him on pace for an all-AFL season.

The 33-year-old league journeyman isn’t taking all the credit, though. He says the offense is clicking because of his teammates up front — his offensive linemen.

“That’s something you do need in this league,” said Raterink, who ranks among the league leaders in career passing yards and touchdowns for active quarterbacks. “They’ve played against talented defensive lines, but they’ve performed well. We knew it would be a process, but it has happened quicker than we anticipated.”

Raterink said the team has responded well from coach Aaron Garcia’s halftime speech in the home opener, in which San Jose appeared to be in midseason form and ran roughshod over the Outlaws.

“He reminded us it’s a long game, it’s a long season and all we ask you to do is keep getting better,” Raterink said. “We didn’t panic, we didn’t overreact and looked at it as a process that would take time. We didn’t point any fingers. We understood all that, and knew when it came together it would be kind of special.”

Saturday’s blowout win over the KISS was bittersweet for Raterink and Garcia, with both having played for Los Angeles last season. Garcia was traded to Los Angeles for Raterink, and after several other trades, Raterink ended up back in L.A. to replace Garcia, whose season and career was ended by injury.

For Raterink, it wasn’t exactly the type of season a professional quarterback expects to have.

“The way I approached (Saturday) was an opportunity to exonerate myself from a lot of the blame,” Raterink said. “We got the ball to start the game and went right down and scored. When you get the first one it creates a nice rhythm and fortunately we were able to keep that for the entire game. To go back one more time and do it again, on a personal level, it was special for me.”

Now, he and his teammates are hoping Las Vegas sees something special in the city’s newest professional franchise.

“I hope people are getting behind it, hope they see we have some talented players and this is a fun game to watch,” Raterink said. “A lot of these guys should be playing on Sundays, in the fall. Hopefully they can appreciate that. One thing they should appreciate is the effort of this team.” 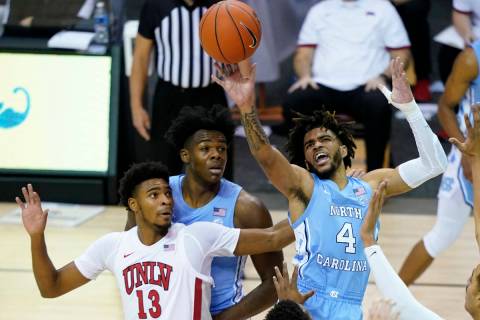 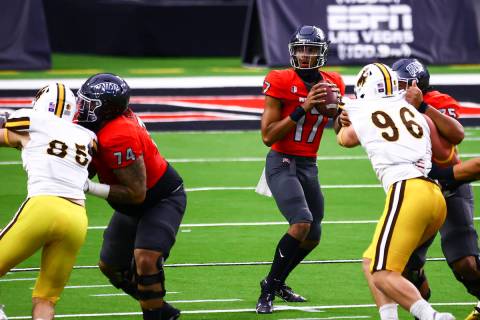 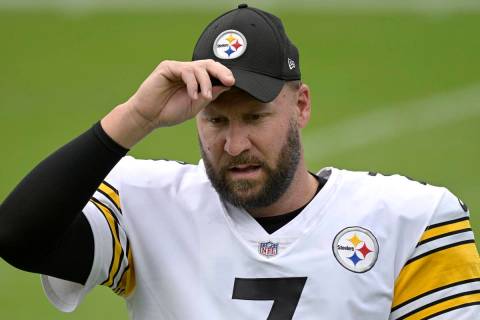 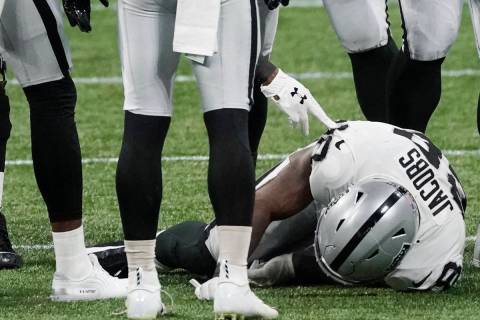 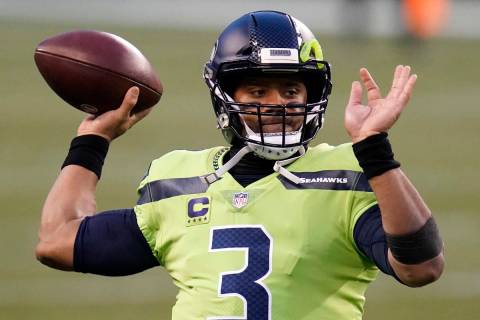