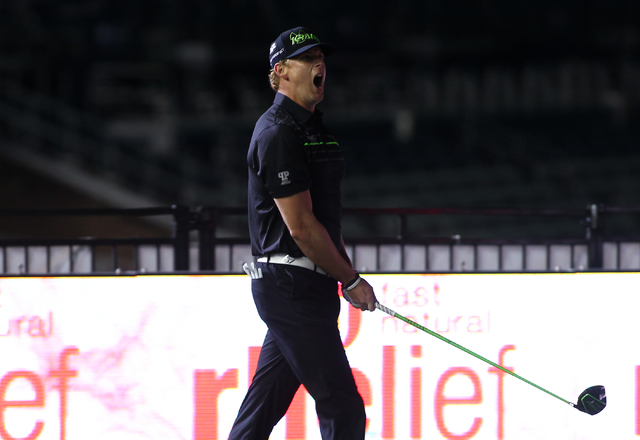 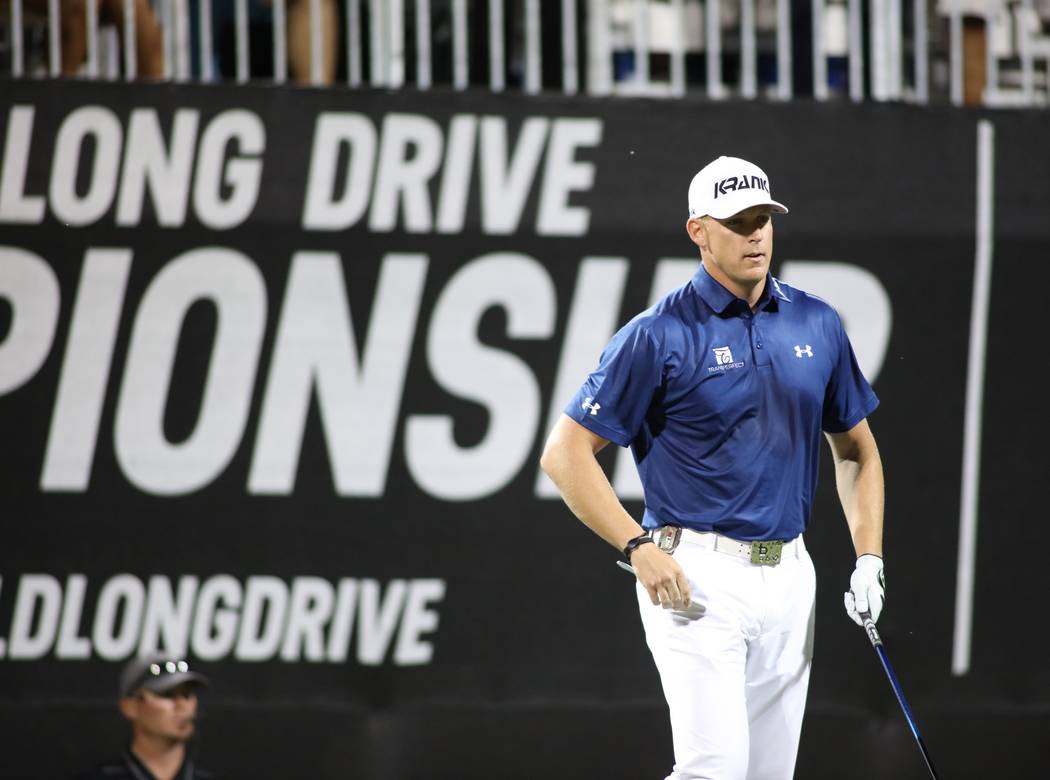 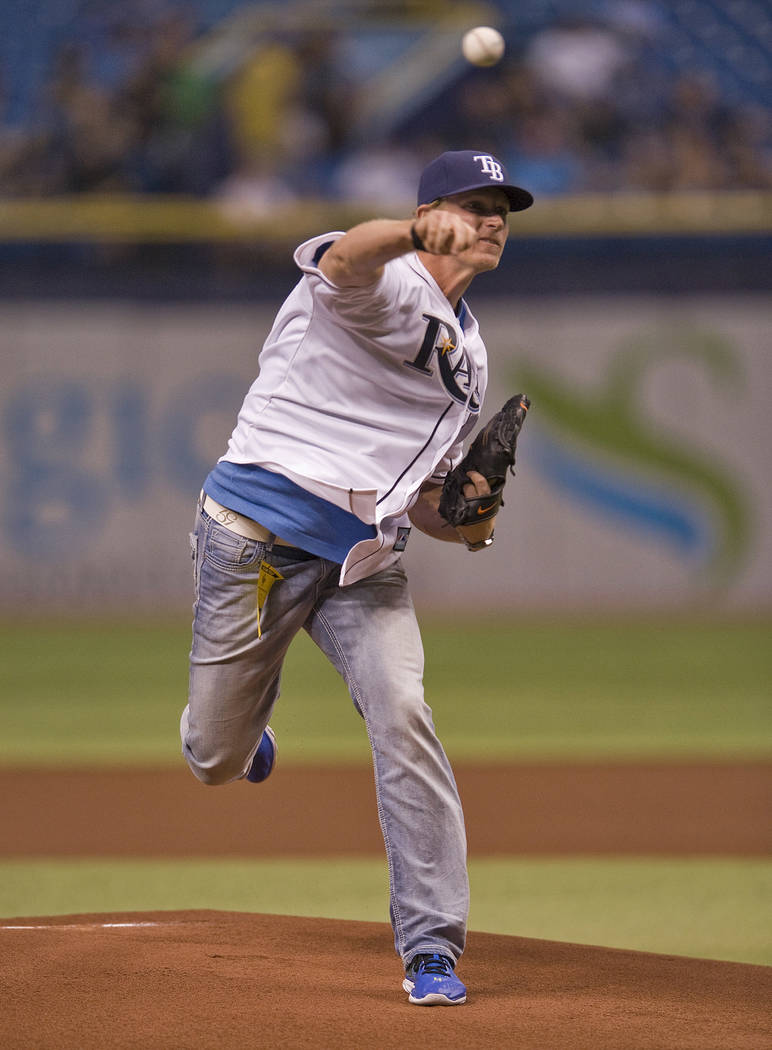 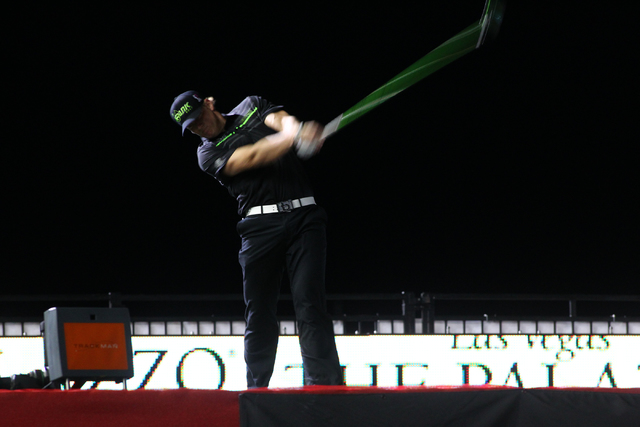 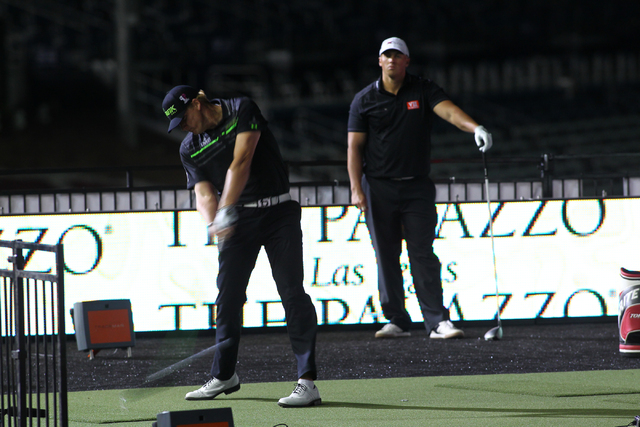 Tim Burke drives the ball while competing against Joe Miller in the final round of the RE/MAX Long Drive World Championship at the Las Vegas Motor Speedway on Wednesday, Oct. 30, 2013. Burke won the championship, defeating Miller. (Chase Stevens/Las Vegas Review-Journal)

Professional long drive is returning to Mesquite this year with the “Clash in the Canyon.”

The event, scheduled for June 3-6 at the Mesquite Regional Sports Complex, will be televised live by The Golf Channel. Mesquite is widely regarded as the unofficial home of professional long drive.

The annual RE/MAX World Long Drive Championship was in Mesquite from 1997 to 2012. From 2008 to 2012, the finals were at the regional sports complex, a facility built to serve as the event’s official home. The finals moved to Las Vegas Motor Speedway in 2013 and now are at WinStar Resort in Oklahoma.

The new Mesquite competition is one of eight qualifying events before the $270,000 finals in September. The Mesquite prize purse for the open division will be $50,000, and the women’s purse is $15,000. A masters division featuring 16 legends also will have a $15,000 purse.

“Mesquite is a location that for many years has maintained a deep connection to long drive, so it’s fitting that the creation of this new event in partnership with Golf Mesquite Nevada will return the sport to such a familiar place in its history,” Golf Channel senior vice president of programming Phil Piazza said.

Two-time world champion Tim Burke, a former University of Miami pitcher from Orlando, Florida, plans to be in the field of 32 in Mesquite.

“The gorgeous grid in the canyon glowing under the lights is the first thing that comes to mind when I think about hitting in Mesquite again,” Burke said. “It’s the best grid we hit on, and live shows like this are going to help elevate the sport to the next level. Going back to Mesquite also reminds me of coming in second by a few yards in 2012. I feel like I should have three world titles right now.”

Dynamic pricing is available at Siena and Arroyo golf courses. That means the sooner tee times are reserved online — within a 14-day window for locals — the lower the rates.

Teams are being formed for the PGA Junior League. Young golfers play in a team environment, and local PGA of America and LPGA teaching professionals provide coaching. The first day is scheduled for April 22 at TPC Las Vegas, but registration ends March 31. See pgajlg.com for more information.

The sixth annual Henderson Police Department charity tournament to benefit the Henderson Police honor guard is scheduled for May 6 at Legacy Golf Club. To reserve a team, email friendsofhpd@gmail.com.

Applications from graduating high school golfers are being accepted for the annual Las Vegas Golf Hall of Fame Bill Walters Scholarship. The scholarship is for $5,000, and an application can be downloaded from lvjga.org or nevadacf.org.

Mike Davis, who has won several instructor of the year awards, will be inducted into the Pacific Northwest Golf Association Hall of Fame this year. He played college golf with fellow Las Vegas Hall of Famer Jack Sheehan at Oregon.

The golf notebook appears Thursdays. Freelance writer Brian Hurlburt is a two-time author who has covered golf in Las Vegas for more than two decades. He can be reached at bhurlburt5@gmail.com.