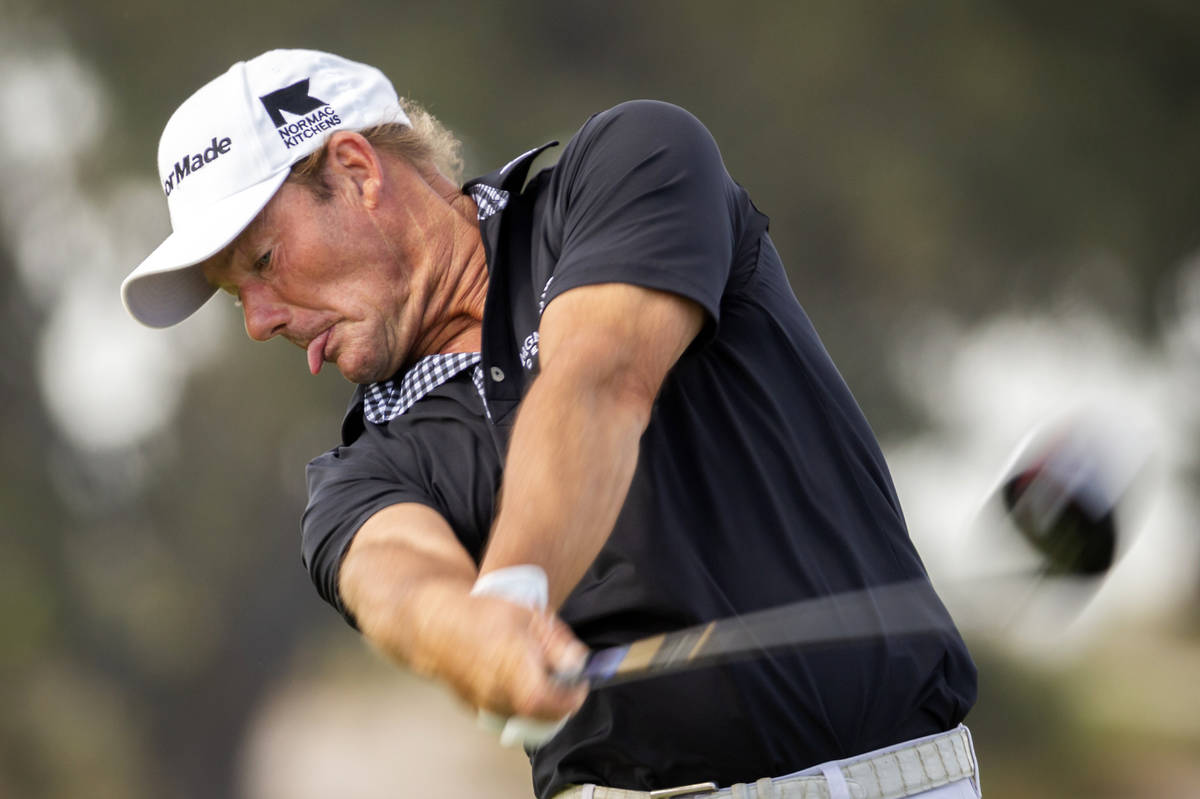 Alex Cejka, of Germany, drives his ball off the 16th tee during the third round of the RSM Classic golf tournament in St. Simons Island, Ga., Saturday, Nov., 23, 2019. (AP Photo/Stephen B. Morton) 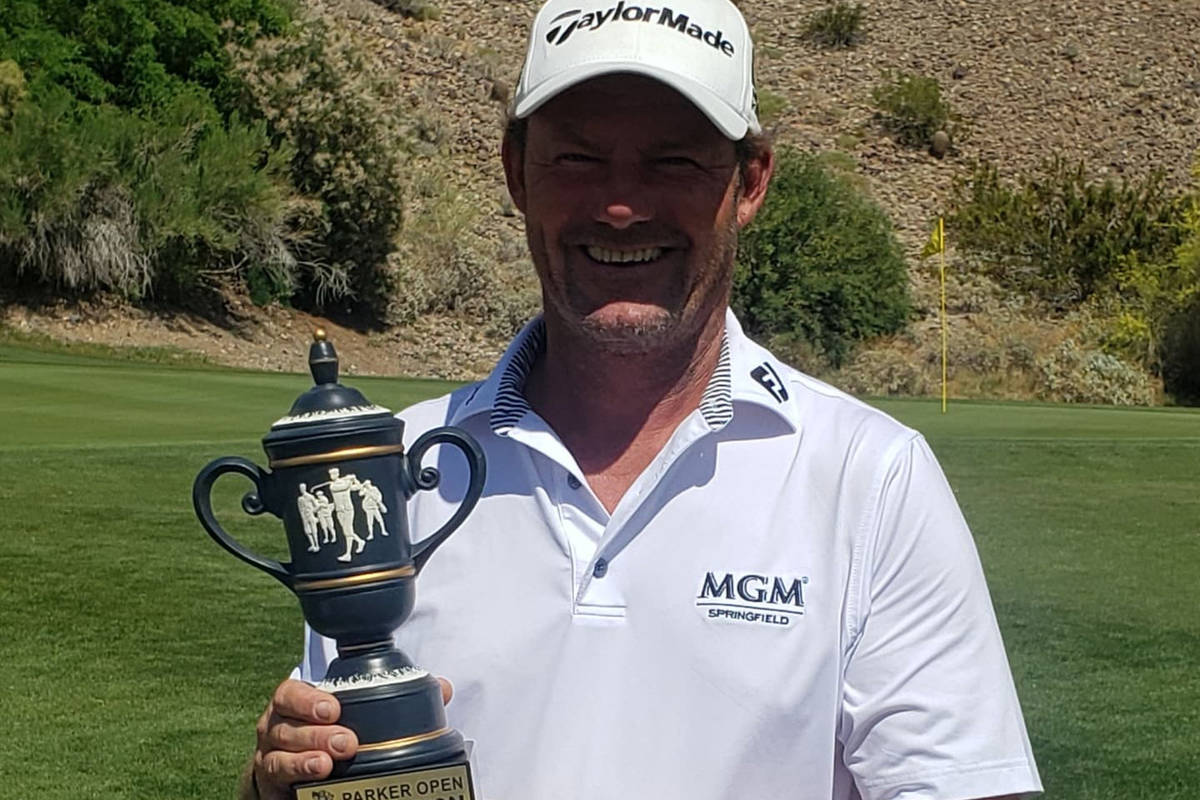 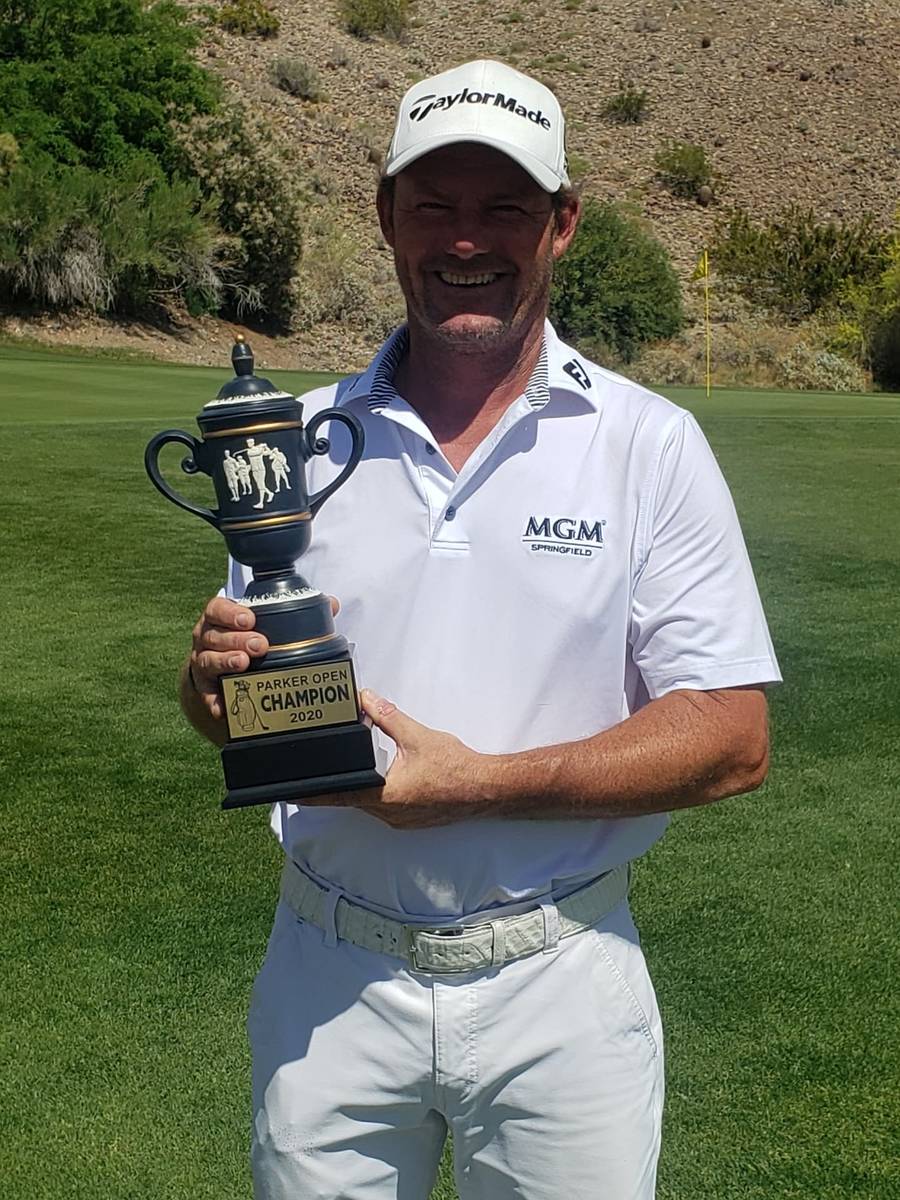 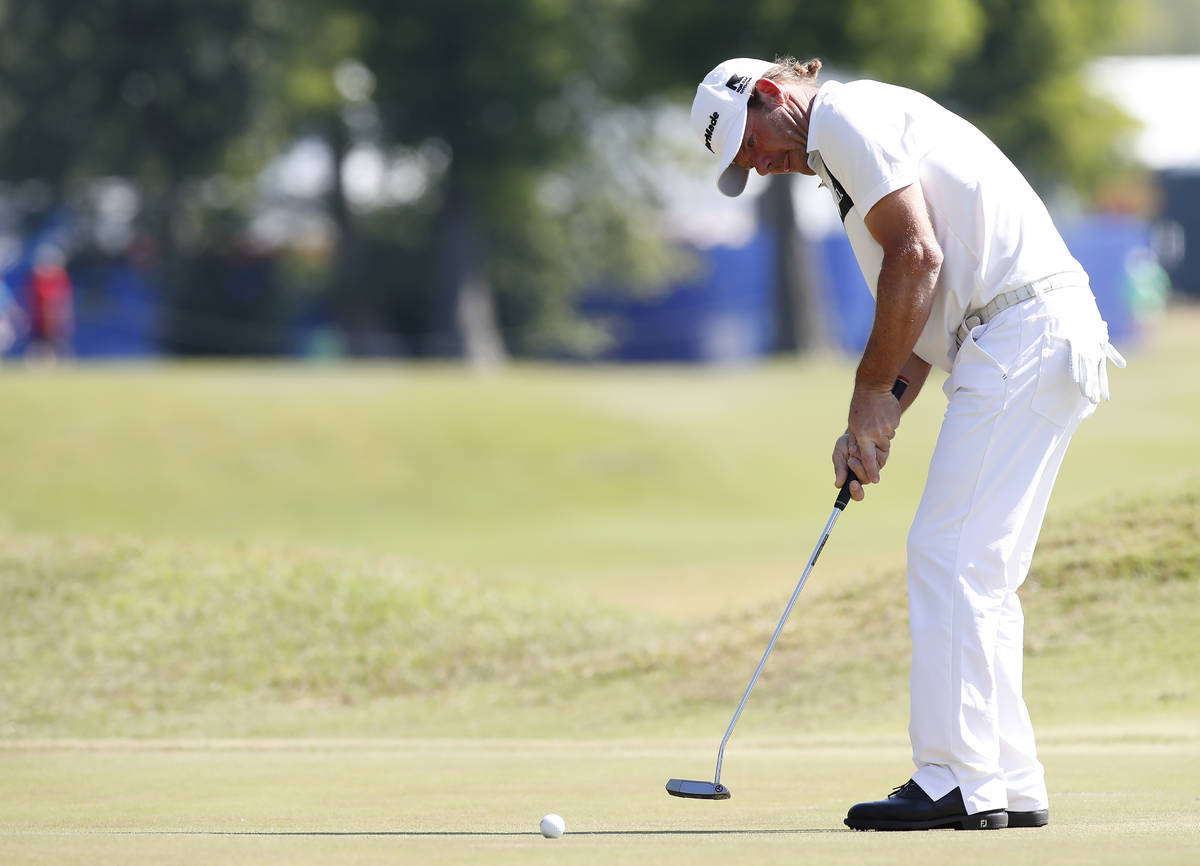 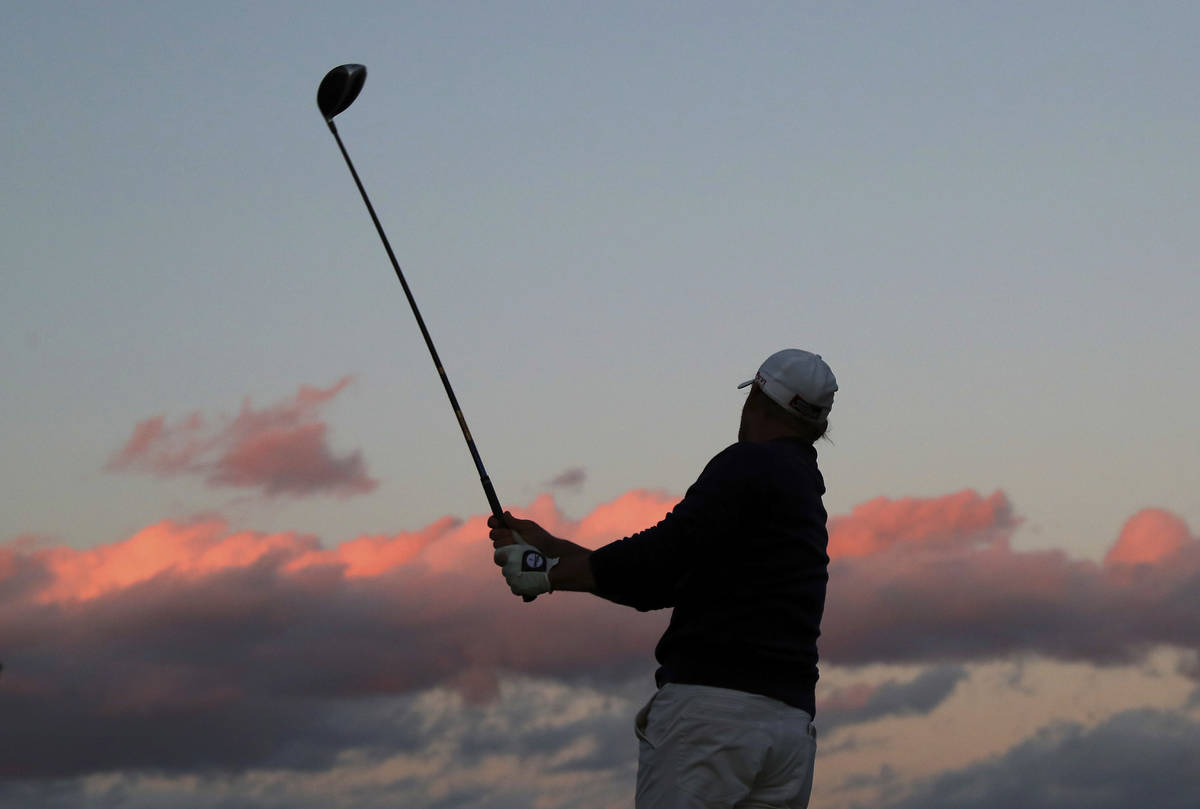 Alex Cejka, of Germany, watches his tee shot on the 18th hole as the sun sets during the third round of the Genesis Open golf tournament at Riviera Country Club on Saturday, Feb. 16, 2019, in the Pacific Palisades area of Los Angeles. (AP Photo/Ryan Kang) 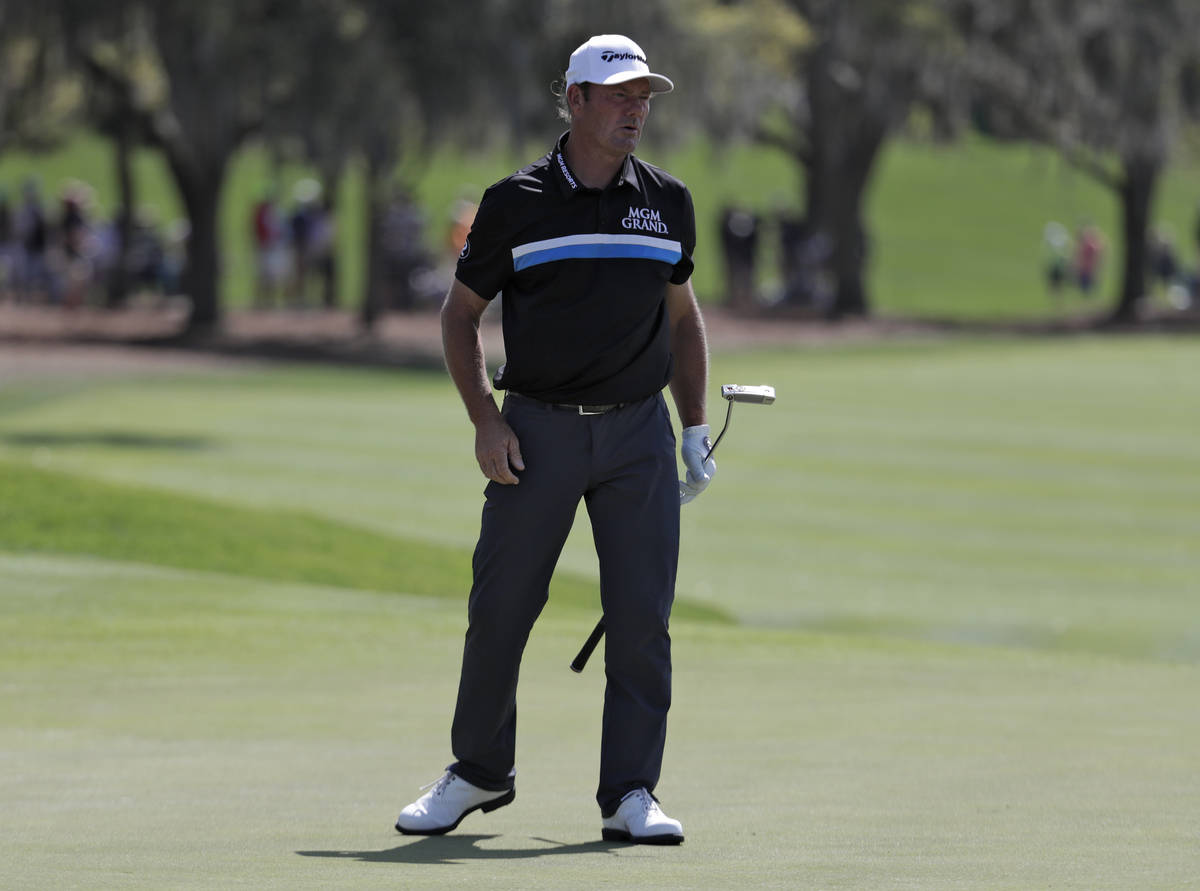 Alex Cejka of Germany on the 18th during the first round of The Players Championship golf tournament Thursday, March 14, 2019, in Ponte Vedra Beach, Fla. (AP Photo/Lynne Sladky)

Golfers all over Las Vegas rejoiced Friday when the shutdown of courses mandated by Gov. Steve Sisolak was lifted and courses were allowed to open if strict social distancing protocols were followed.

But even when the courses were closed, some of Southern Nevada’s top pros and amateurs stayed sharp by traveling to Arizona (where golf courses didn’t close) to play in mini-tour events or found unique drills to perform while #StayingHomeForNevada.

Alex Cejka, 49, a PGA Tour player who lives in Las Vegas, was labeled as “the hottest player in golf” by Golf.com because he played in three Arizona events, winning twice and finishing sixth in the other.

“I went to Phoenix to see what it was like to hit a golf ball after six weeks, then heard about the first mini-tour event when I was there,” Cejka told Golf.com. “There’s a big difference between golf on the range and in competition, playing kids who are 23, who hit it 320, and who are great players and hungry.”

Cejka and his wife, Alyssa, traveled by RV and she caddied for him. During his Parker Open victory, Cejka made an ace and an eagle in the final six holes to force a playoff with former UNLV golfer Eddie Olson. Cejka said the talent of a PGA Tour player usually rises to the top.

“You can’t tell after one round, but you can tell after three,” Cejka said. “The Tour player knows how to turn it on.”

Rising UNLV junior Veronica Joels played on the Cactus Tour for five-straight weeks and finished as the low amateur (fourth overall) at 8-under par at Longbow Golf Club in Mesa last week.

Sam’s first tip, about putting, featured one of the pandemic’s most popular commodities: toilet paper. Sam revealed how golfers can improve their alignment by striking the cardboard roll insert with a putter. When the cardboard goes straight on the floor, so will a putted ball on the green.

“Even though we had to stay home, that didn’t mean our golf games had to suffer,” Sam said. “We still had to practice; we still had to get better. I was fired up to take a look at some creative ways to help golfers improve and pass the time. “The more you practice putting, the results will go straight to the bottom line and lower your scores.”

“I have a couple of drills my instructor (Lake Las Vegas Performance Institute pro Craig Barlow) gave me that I focus on while swinging in the backyard,” Henderson said. “I use the reflection in the sliding door as my mirror.”

Ace in the hole