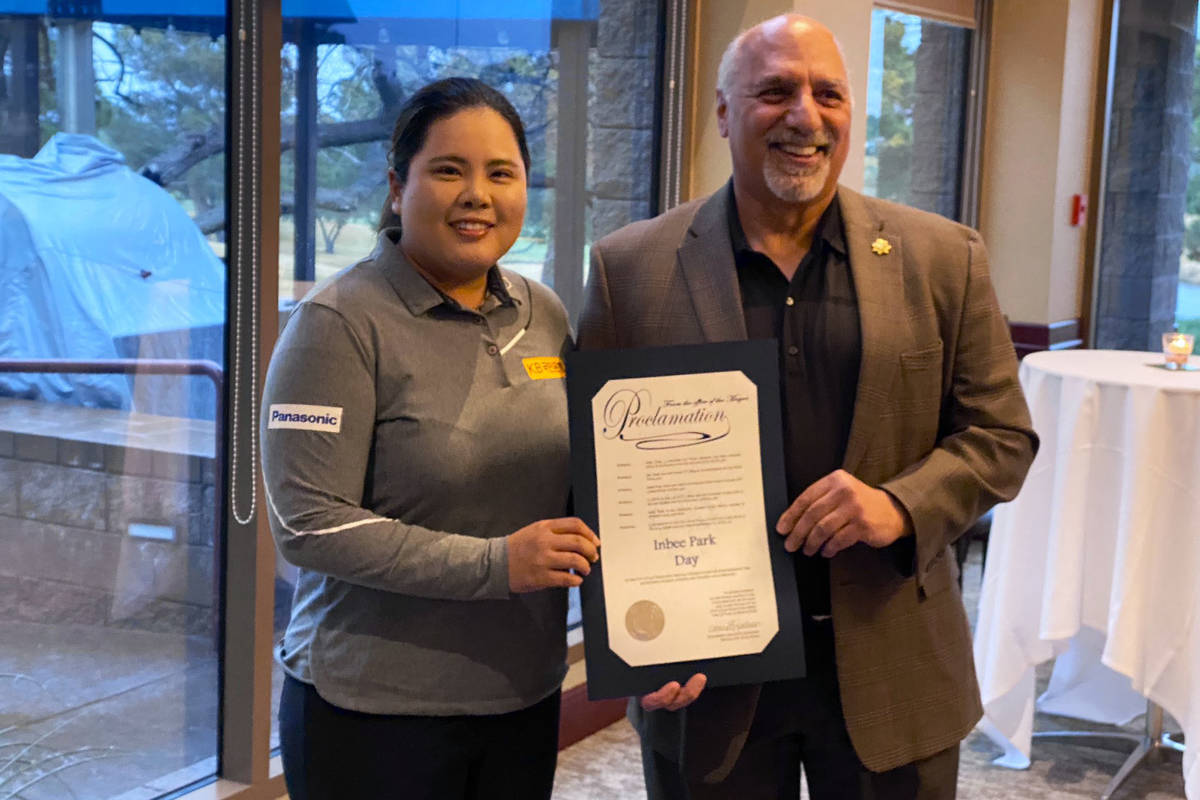 It was seemingly a lifetime ago, just prior to Nevada undergoing a statewide shutdown due to the coronavirus pandemic, when city councilman Stavros Anthony proclaimed March 12 as Inbee Park Day in Las Vegas during a celebration at TPC Summerlin, Park’s home club.

Park has been a Las Vegas resident since before she won two Nevada state high school individual golf titles while playing for Bishop Gorman (2004-05) and throughout her stellar career on the LPGA Tour. Park’s accomplishments include seven major titles, 20 overall victories and more than $15 million in earnings. In January, she was named the tour’s player of the decade.

“I’m still totally surprised. Having a day named after me is surreal,” Park said on that day at TPC while surrounded by friends, family and members. “Thanks to the city of Las Vegas. This is a big honor for me. So many people have supported me to help me achieve what I have achieved. I have lived here since I was so young that I feel like Las Vegas is my home.”

There was no way to separate the honor from the ongoing health crisis. The situation hit hard in both of her home countries. The LPGA Tour has canceled or postponed events for the foreseeable future, but that wasn’t Park’s main concern.

“Everywhere pretty much is getting hit really hard by the virus and obviously it is an uncertain time,” Park said. “I think we just all need to stay together and have to get through this time. It is altering everything.

“Obviously, this isn’t just about golf. This is about everything. I feel bad just talking about golf because it’s something that doesn’t really matter right now. People are fighting for their lives. It’s just a really tough time for everyone.”

Still, Park, 31, managed to reflect on her career, even with such a daunting world situation unfolding.

“Making the hall of fame was always my dream, but I didn’t know whether I was going get there or not. I was really surprised about making it so young,” Park said. “It’s all been just far more than what I have expected. I’m really a lucky woman.”