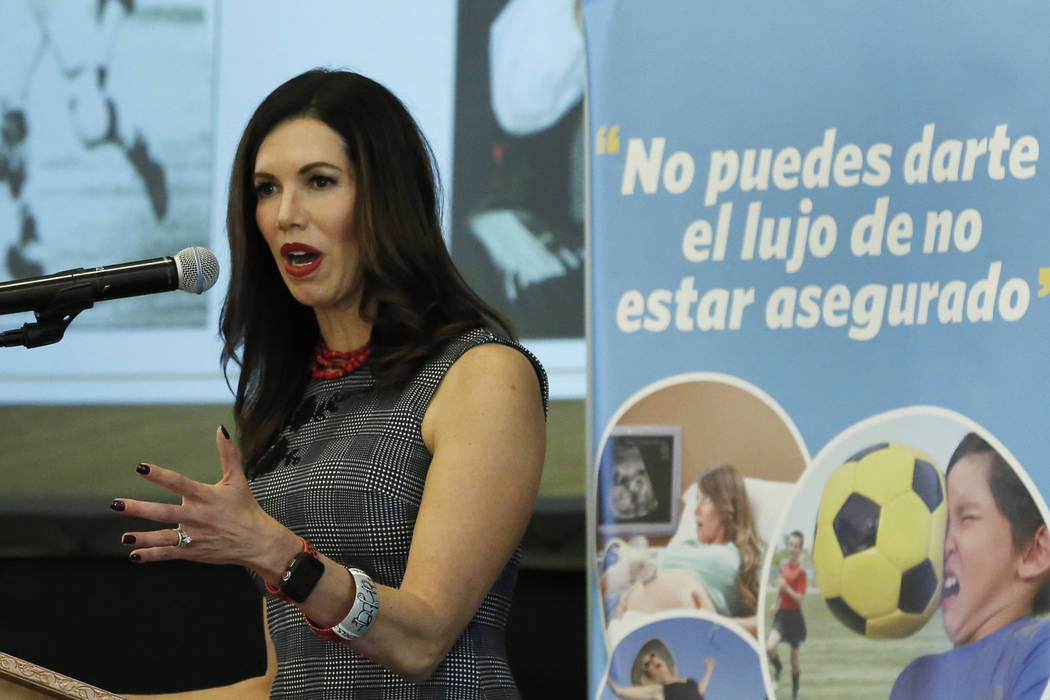 Desiree Don Reed-Francois, athletic director at the University of Nevada, Las Vegas, speaks at the Nevada Health Link forum on Wednesday, Oct. 17, 2018, in Las Vegas. The forum is for health insurance agents and brokers to learn what to expect with insurance exchange enrollment for the 2019 plan year. Bizuayehu Tesfaye/Las Vegas Review-Journal @bizutesfaye 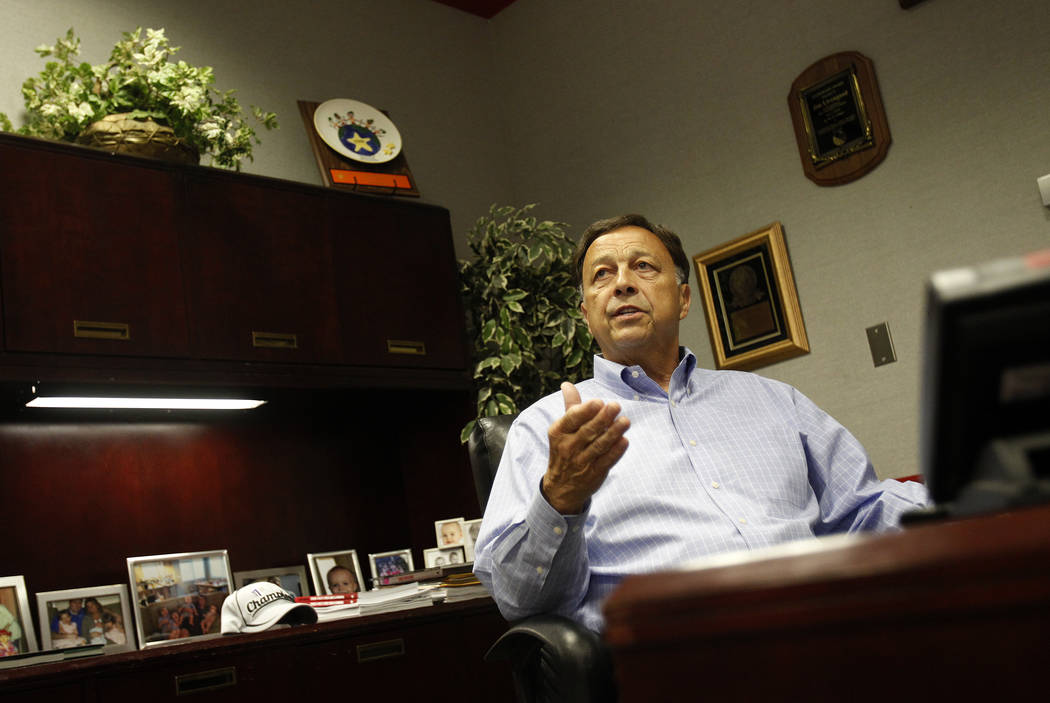 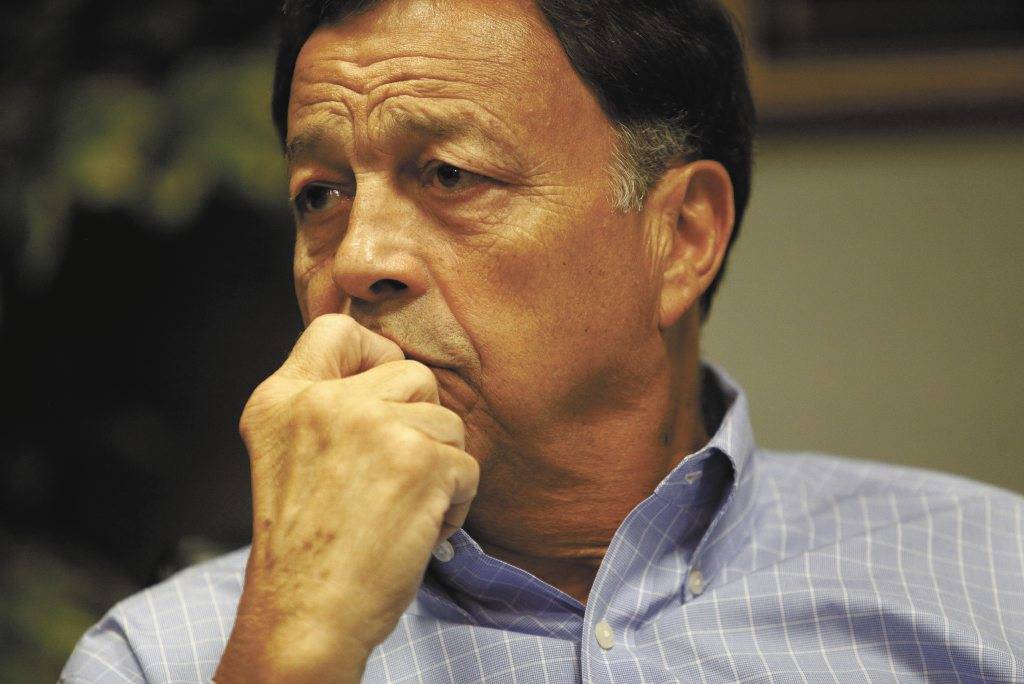 Five days later, we hope our series on UNLV athletics has afforded you a closer look at where the program stands in its two major sports, on what has gone wrong, on how things got this bad, and on what might have led to football continuing its losing ways and to what has been a precipitous drop in men’s basketball.

It is certainly within the scope of responsibility for a city’s major news outlet to research and report those findings, given UNLV is a public university and therefore much of the athletic department’s budget is paid through the general fund (um, your tax dollars), as well as student fees.

Yes, in many ways, you are bankrolling these teams, and when things are this deficient on the field of play and at the box office, it’s not only our right to try to explain why, but also our obligation.

Those at UNLV certainly don’t have to agree with our findings and opinions.

So here’s another: One of the main problems with UNLV, perhaps the central one, is the fact it either doesn’t realize or accept its place in today’s world of collegiate athletics.

As the Rebels continue to struggle along, the idea a Power Five invitation will arrive any decade soon is about as likely as UNLV admitting that paying a Denver-based design firm $50,000 to create a historically bad logo was, after all, a horrible idea. It was. It was disastrous.

It’s OK to dream and believe in something until it’s disproved. But happy endings don’t come cheap, and until UNLV begins to offer consistently competitive teams in football and men’s basketball, until announced crowds at Sam Boyd Stadium (and potentially later the new NFL stadium), along with Thomas & Mack Center, cease being the punch line to bad jokes, the thought a major conference would seriously glance at the Rebels is laughable.

This just in: A new medical school, fancy new home in which to play football and the nation’s No. 42 television market isn’t going to make the Pac-12 or Big 12 or whoever suddenly wake up one morning believing they can’t survive without UNLV.

What the Rebels need to do is everything possible to become the best Mountain West program they can be, because until that challenge is met — and it’s a long way from happening — this Power Five fantasy is just that.

“Our focus is to consistently battle for championships in the conference that we’re in, and yet we always want to build a foundation for future success,” said athletic director Desiree Reed-Francois, hired to lead the department in April of 2017. “We want to be good conference partners, but also position ourselves and be mindful of the future.

“Having been at a Power Five program, I know it can be challenging when you (don’t) open the mail and get about $28 million more in conference revenue. We don’t make excuses. We want to win where we are, but we want to be mindful of the landscape and make sure we’re doing the right thing so that we always have options.”

I get it. She has to spin things that way. She’s incredibly bright and a forward-thinker. It’s also true she has created initiatives like the Drive for 5 — a campaign to double the current donor base from 2,500 to 5,000 members — that are steps in a positive direction.

Boyd Gaming recently made a $5 million, multiyear commitment — the largest from a corporate side in the history of UNLV athletics — that will go toward, among other things, a Student-Athlete Excellence Center. UNLV will soon raise the Fertitta Football Complex.

Major progress is being made under the guidance of Reed-Francois.

But do you know what would help UNLV most and, candidly, her own resume when Power Five schools come calling for her? If football and basketball won a heck of a lot more.

“The thing that shocked me most about coming to UNLV was that it’s so much better academically than I thought,” said former athletic director Jim Livengood. “They have some great programs going. Nobody ever tells that story.

“But the worst thing you can do athletically is worry about something that might never happen and forget about winning where they are now. My advice has been to back off the (Power Five) talk. I wouldn’t say another word about it. I would just do everything in my power to be the best Mountain West program going.”

Five days later, that, as much as anything, is what UNLV should take away from this series.