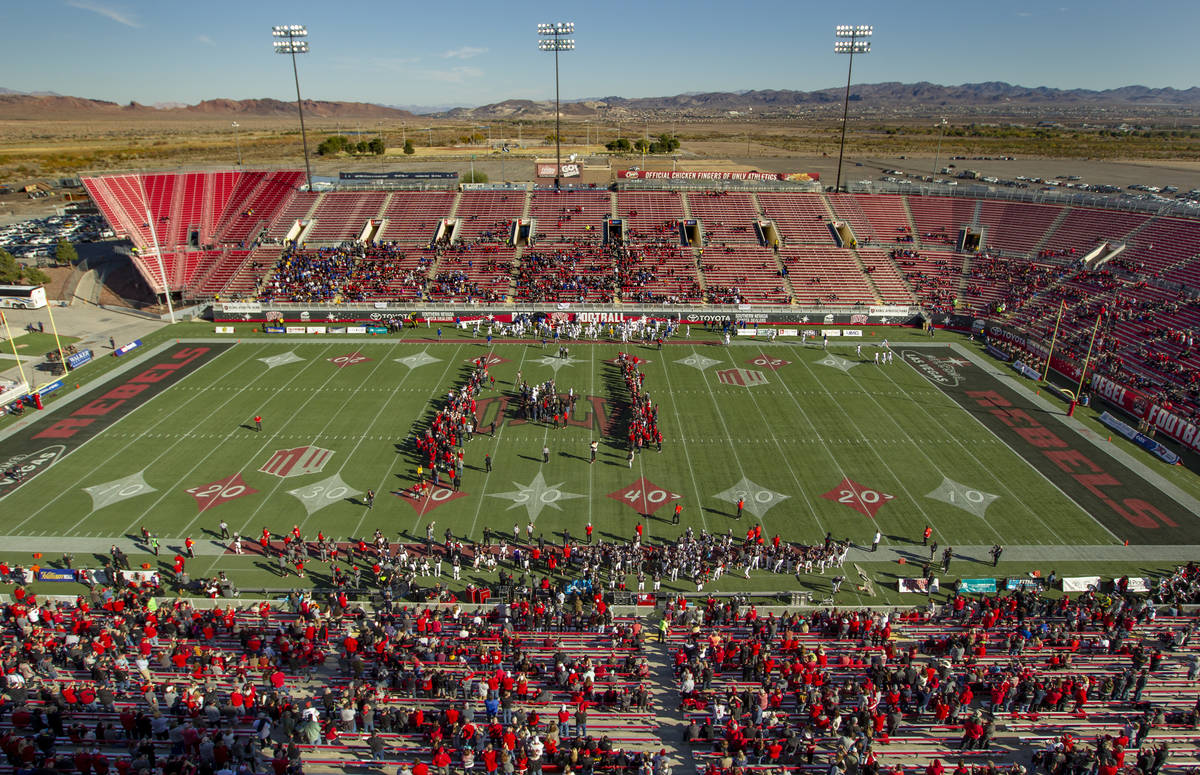 Former UNLV football players come together on the field for the coin toss versus the San Jose State Spartans for their final game at Sam Boyd Stadium on Saturday, Nov. 23, 2019, in Las Vegas. (L.E. Baskow/Las Vegas Review-Journal) @Left_Eye_Images 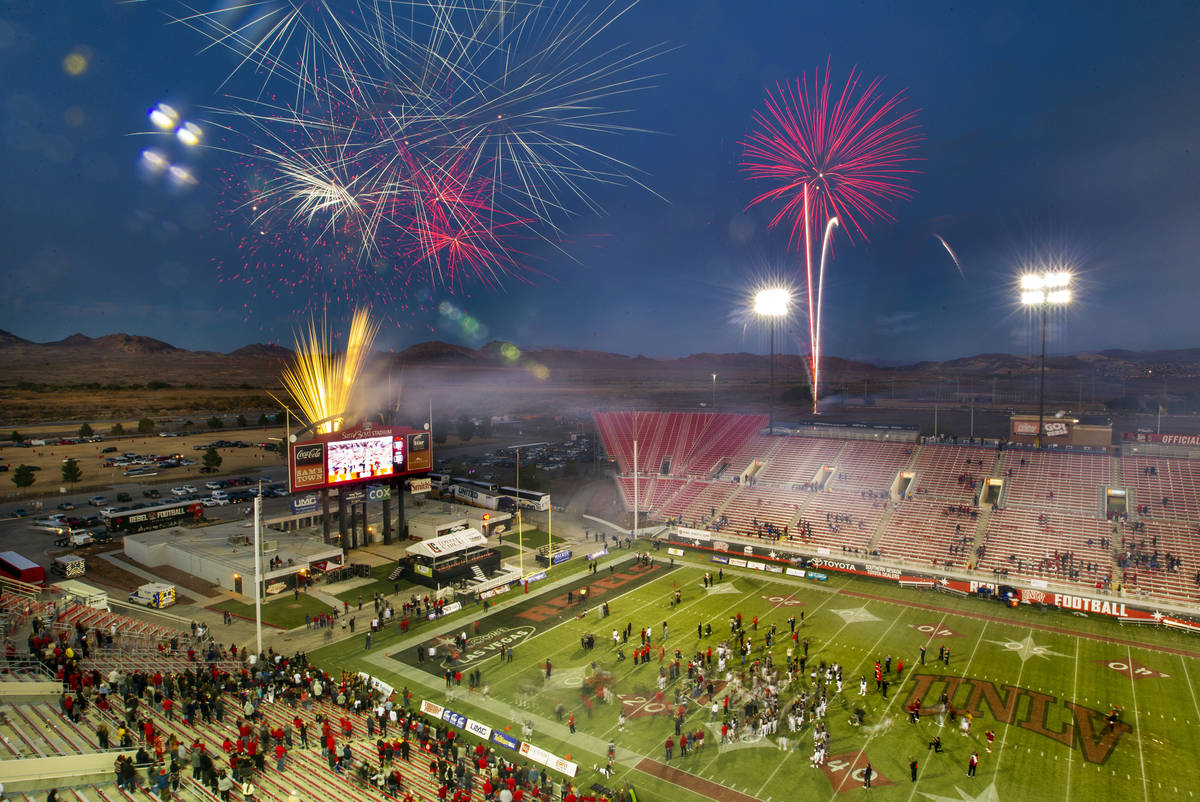 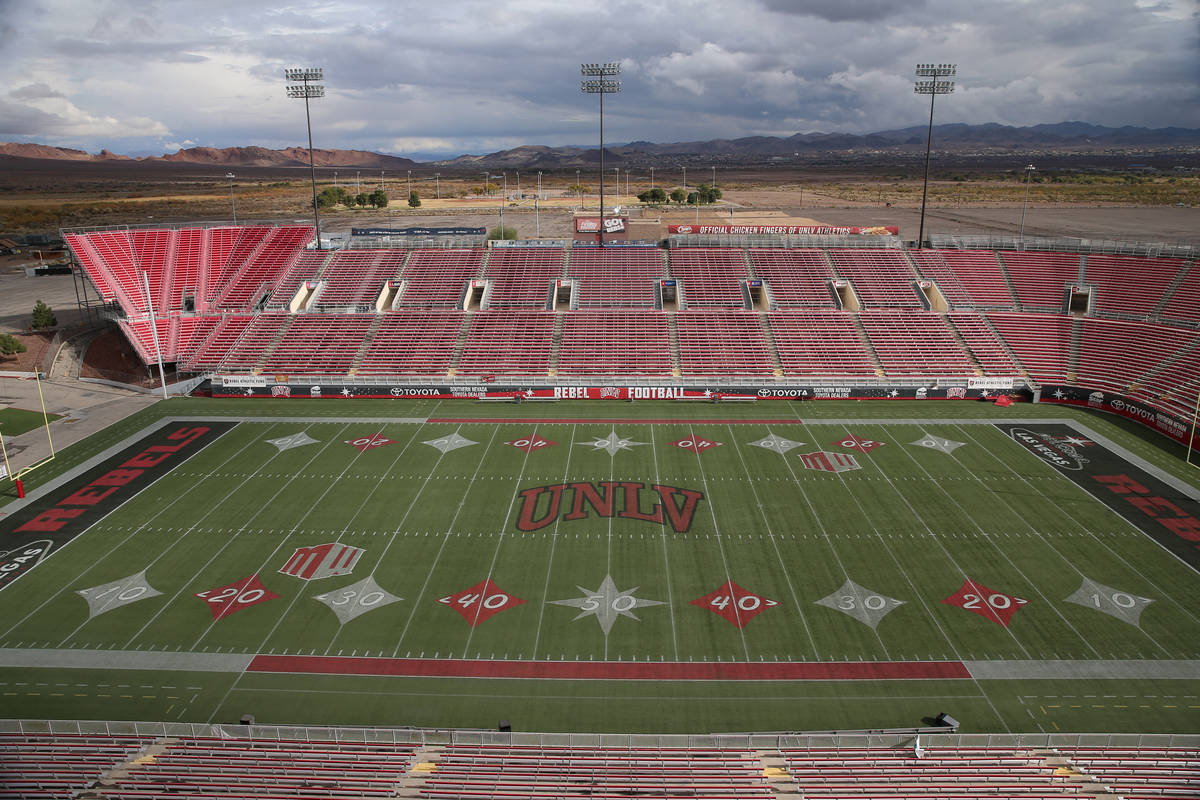 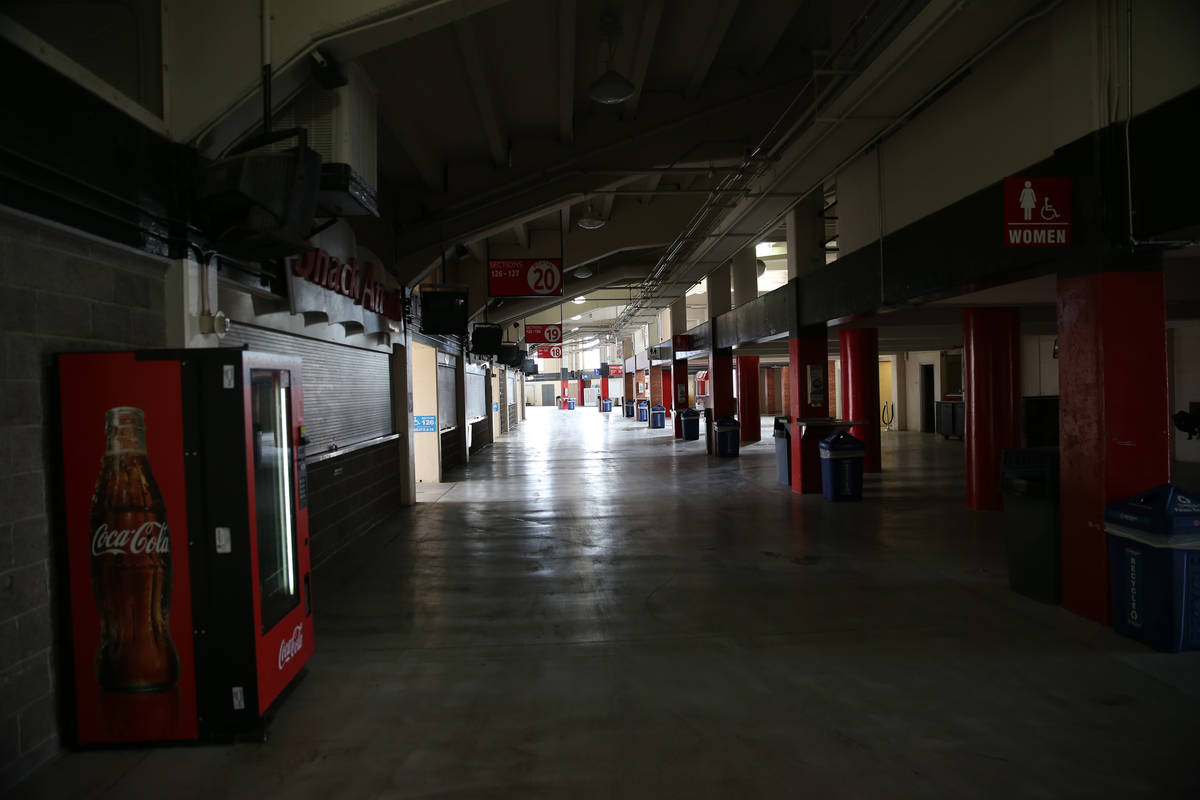 Allegiant Stadium cost $1.97 billion to build and led to Las Vegas landing the NFL’s itinerant Raiders as its primary tenant. If the coronavirus ever goes away, most will consider it money well spent.

But when it comes to return on investment, it would be hard to argue with the performance of its predecessor.

If Allegiant Stadium is the bullet train in Las Vegas’ sporting future, Sam Boyd Stadium was The Little Engine That Could. It opened in 1971 at a cost of $3.5 million and served as Las Vegas’ home for sports and entertainment for nearly 50 years.

The UNLV football team and Las Vegas Bowl, as well as minor league football’s Posse, Outlaws and Locomotives, were among those who called it home. The little stadium on the outskirts of town was host to a wide world of sports that included international rugby, monster trucks and supercross motorcycles.

Real Madrid and its global superstar Cristiano Ronaldo kicked the soccer ball around its intimate horseshoe that was easily transformed into a concert amphitheater where the Grateful Dead, Paul McCartney, U2 and the Eagles performed.

As former UNLV football coach Mike Sanford dubiously noted as the locker room door hit him in the backside on his way out of town, the hooks on which to hang helmets and shoulder pads were not exactly state of the art. But Bono and Jerry Garcia never seemed to mind the spartan locker rooms.

“You look at some of the events that people wouldn’t have been part of were it not for Sam Boyd Stadium,” said Las Vegas Events president and former Sam Boyd Stadium director Pat Christenson, who compared the 36,800-seat debt-free cubbyhole to a football running back whose number gets called on third down and short.

“It was a pretty good workhorse for its time.”

With the UNLV football team moving into Allegiant Stadium’s spare bedroom possibly this spring and sports and entertainment promoters likewise eyeing its center stage, Sam Boyd Stadium has become the latest Las Vegas sports landmark to hang out a vacancy sign as it tries to avoid the wrecking ball.

On the last day of the 2018 baseball season, it was Cashman Field that came crashing down — somewhat literally — when Las Vegas slugger Pete Alonso hit a walk-off home run and part of the press box ceiling caved in as he was circling the bases. But other than when the lights went out during a UNLV vs. Wisconsin football game, Sam Boyd’s infrastructure shortcomings were minimal.

A $15.5 million expansion and renovation that coincided with John Robinson’s arrival from Southern California to become UNLV’s football coach in 1997 brought Sam Boyd up to the then-stadium standard, or at least close enough to it to remain viable.

“The experience was probably a lot better for the fans than it was the players,” Christenson said. “The locker rooms weren’t state of the art, but the rest of it — widening the concourse, the sight lines, the video board, that fact that you had parking right next door to the stadium (were adequate).

“But we couldn’t have done a World Cup (soccer match) because seating capacity was limited.”

Daren Libonati, the former UNLV field-goal kicker who succeeded Christenson as Sam Boyd director and was responsible for bringing Real Madrid to Las Vegas as an independent promoter, said Allegiant Stadium’s 65,000-seat capacity and Strip location will multiply the city’s reputation as a sports and entertainment destination by a factor of … well, name your number.

“The beautiful thing is that Sam Boyd Stadium already has paved the way,” Libonati said.

“The new stadium is going to be able to embrace that and provide all the amenities, like being air conditioned with a roof. Our team would have been thrilled to drive the Allegiant Stadium machine with the clients that we had and grow them into a future that is bigger and greater.”

So load up the confetti cannon and raise a final glass to Sam Boyd Stadium, the old workhorse on the outskirts of town. While some of us old-timers may miss it, it’s time to spread the field and throw the ball.