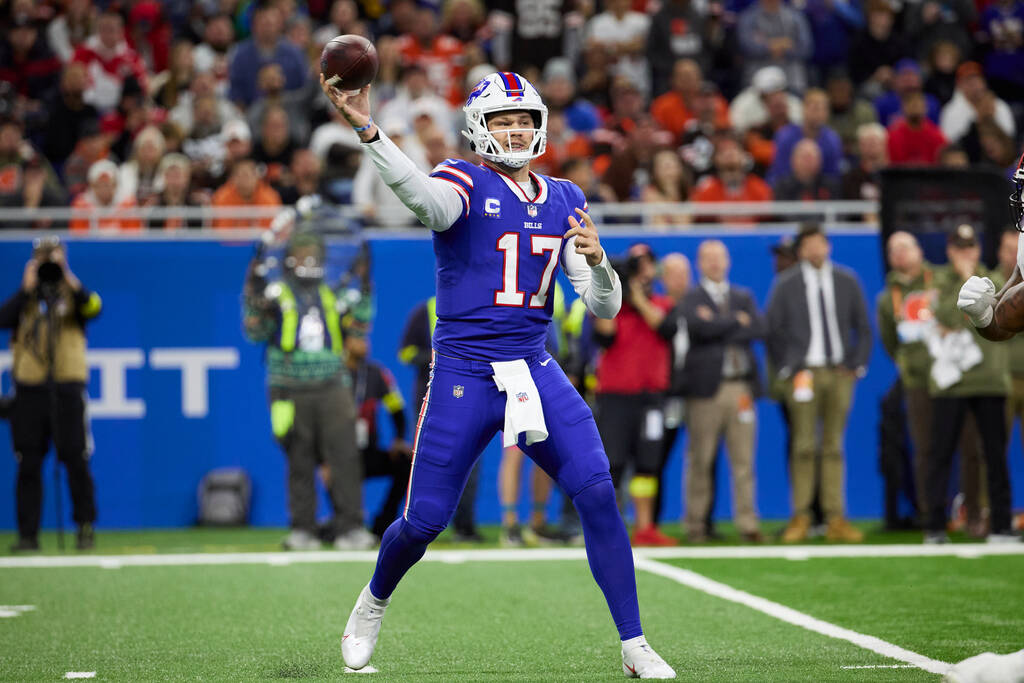 That’s because they’ve already used the heavily favored Buffalo Bills and Dallas Cowboys in the $1,000-entry contest, in which contestants pick one straight-up NFL winner each week but can use each team only once.

For them, surviving Thanksgiving — which is a separate contest week, along with Christmas — will probably come down to picking the winner of a virtual tossup between the Minnesota Vikings (-2½) and New England Patriots.

“This is the week that the contest really starts,” Circa sportsbook operations manager Jeff Benson said. “A lot of game theory goes into the two holiday weeks. What teams are you saving and what teams are you using? What are the other people going to do and how is that going to impact your pick?.

“I was surprised to see 13 people take the Bills last week, given everything they went through and to have Thanksgiving right behind it, knowing they would be prohibitive favorites.”

Twenty-one entrants still have both Buffalo and Dallas available, while 42 have one of those teams left. The Bills are 9½-point road favorites at Detroit. The Cowboys are 10-point home favorites over the New York Giants.

Six NFL favorites of 8½ points or more, including four double-digit favorites, have lost outright this season. Upsets eliminated 6,010 Survivor entries from the starting field of 6,133 in the first eight weeks.

Last year on Thanksgiving, when 134 entrants remained in Survivor, the Raiders stunned the Cowboys 36-33 in overtime as 7-point underdogs.

Dallas is on a 1-10 ATS slide on the holiday. But sharp bettors expect the Cowboys to cover against the Giants, who lost six players to injury in Sunday’s 31-18 loss to the Lions. Dallas destroyed Minnesota, 40-3.

“There’s definitely sharp money on Dallas pushing that number toward 10,” Westgate SuperBook oddsmaker Ed Salmons said Tuesday night when the line was still 9½. “I know the Giants have two starting cornerbacks out and Dallas looked like world beaters last week, so I get that.”

The Westgate and Circa each reported sharp action on the Cowboys and over. The total opened at 44½ and reached 46 before settling at 45½.

The books also took sharp bets on the Bills-Lions over. The total opened at 52½ before soaring to 54½.

Detroit, which allows a league-high 28.2 points per game, has a 7-3 over-under record this season.

Circa and the South Point also took sharp bets on the Bills -9. Buffalo beat Cleveland 31-23 at Detroit’s Ford Field on Sunday and covered the closing number of -7½ after the game was moved from New York due to a severe snow storm.

If Salmons had to choose between the Bills and Cowboys in Survivor, he said he’d take Dallas.

“My philosophy on that stuff is if I’m going to lose, I’ll lose with the home team rather than the away team,” he said.

The South Point, Circa and the SuperBook each reported sharp action on New England +3 before the line dipped to 2½.

“Minnesota’s (Justin) Jefferson has some version of turf toe. He wasn’t himself last week. That was obvious,” Salmons said. “And their starting tackle missed last week and this week. I get why they took 3 and the Patriots.”

Salmons said some sharp bettors also bought back the Vikings -2 and -2½.

“Home field used to be worth three points. But it’s definitely lower now.”

“I like their defense,” he said. “And they run the ball enough to get the job done.”