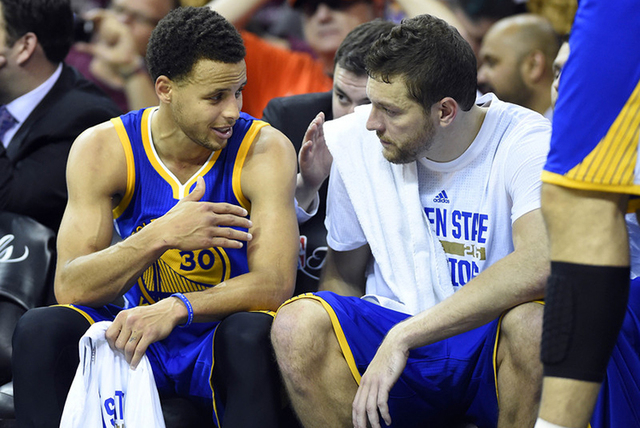 In the wake of Tuesday’s trade that sent David Lee from Golden State to the Boston Celtics for Gerald Wallace, Warriors guard Stephen Curry posted a funny farewell to his former teammate on Twitter.

“In honor of my boy @Dlee042 taking the next step in his career, this is how we started our relationship! Love you bro,” Curry posted with a YouTube link entitled “Stephen Curry blocks David Lee and David Lee cries about it.”

The video from a 2009 Warriors-Knicks game shows Curry, in his rookie year, rejecting a shot by Lee, who played for New York at the time. Lee later jaws at Curry in the final seconds of a blowout win by Golden State.

Check out the video below.