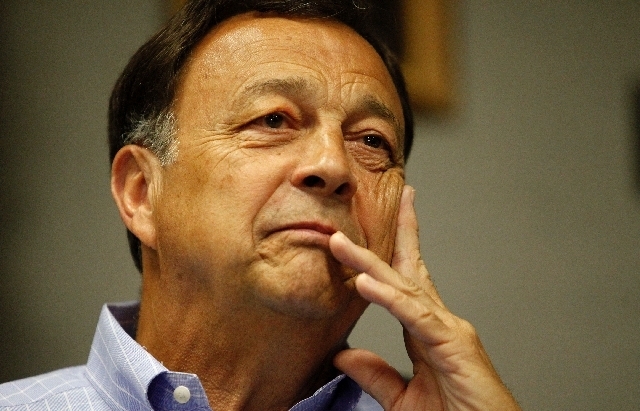 Jim Livengood speaks during a hastily called news conference at UNLV on Wednesday. Livengood announced his retirement as UNLV's athletic director on June 30 although his conract runs to December 2015.

Jim Livengood appeared relaxed as he sat in his office Wednesday and announced his retirement as UNLV’s athletic director.

It looked as if he no longer suffered the strain of running a cash-strapped athletic department and of taking part in the turf wars over the Thomas & Mack Center.

He said he wasn’t forced to retire, and so did UNLV president Neal Smatresk.

But events, as well as sources that include one of the athletic department’s top boosters, suggested otherwise.

The news conference for Livengood, one of the nation’s most respected athletic directors, was quickly arranged. No grand farewell. No UNLV officials there to lavish praise on a man who drew a full house to his hiring announcement 3½ years ago.

This development also comes nearly a year after the state Board of Regents approved a contract for Livengood that runs until December 2015.

Perhaps most stunning, Livengood revealed he hadn’t negotiated a buyout. When he steps away June 30, he won’t be paid for the final year and a half of his $350,000-a-year contract.

Livengood, 68, was “forced to retire by the president,” said Chuck Davison, a former two-time president of the UNLV Football Foundation.

“All I know is they’re letting an athletic director leave, and they’re going to get embarrassed for letting him leave early with the situation where we don’t have the money,” Davison said. “We’re going to put in an intern in there. This president isn’t focused on what he should be focused on.”

Livengood offered a flat “no” when asked if was forced out, and spent most of the approximately 30-minute news conference talking about why this was the right time to step down.

Smatresk said via text message the decision was Livengood’s alone.

“He has been thinking about retiring for some time now,” Smatresk said. “I really respect him, what he has done for us, and his choice.”

Davison, though, said a three-hour meeting three or four weeks ago that he attended with Livengood, Smatresk and a handful of others to discuss finances of the football program became contentious. Regents vice chairman Kevin Page, who also was at the meeting, said it became testy at times, but the tone was quite different at the conclusion and he didn’t sense any long-term ramifications.

But Livengood indicated that meeting began his thoughts about retiring.

“I think that was in the process that there will probably be some things ahead that will be harder to control,” Livengood said. “That doesn’t need to be characterized as bad. That’s the way it is. This job has lots of moving parts as does everything in our community, but right now the most important thing for UNLV, in my opinion, and the most important thing for Rebel athletics is to get everybody together.”

Two issues, according to Davison and other sources, came to the forefront:

• A football program that has won two games each of the past three years under coach Bobby Hauck, whom Livengood hired in December 2009. • The ongoing tension between athletics and the Thomas & Mack Center, which existed long before Livengood was hired. The Thomas & Mack is under control of the university rather than the athletic department, a move Smatresk made.

As for the football program, Livengood stuck by his contention Hauck was the right hire, saying that soon will be proven out.

He did note the next athletic director would be better served to get the Thomas & Mack back under the umbrella of the athletic department.

“I think that’s better for the university when they’re joined,” Livengood said. Livengood said he wouldn’t have a say in who should be his replacement.

Names certainly will surface, such as former Rebels quarterback Steve Stallworth, who is the general manager at the South Point Arena. He applied for position when it came open the last time.

Smatresk could opt to again hire another athletic director with experience in that position at another school.

He said in a text message he hopes to assemble a search committee next week.

The new athletic director, when hired, will receive a similar welcome to what Livengood received when he arrived. The departure, as was underscored with the hastily called news conference in Livengood’s office, can be quite different.

“It’s a good time to let somebody else take the reins and keep moving this great program forward,” Livengood said. “And that’s exactly what somebody will do.”

During his tenure, he oversaw construction of the Mendenhall Center, the basketball practice facility that opened in January 2012. Student-athlete graduation rates improved and athletic fundraising tripled during his time at UNLV.

Livengood said the expected move of the Sept. 7 football game against Arizona to Glendale, Ariz., will be “way north of” the $750,000 the Rebels earned for their 2010 trip to West Virginia.

He and his wife, Linda, have two grown children and four grandchildren. Livengood said he and Linda plan to stay in Las Vegas. 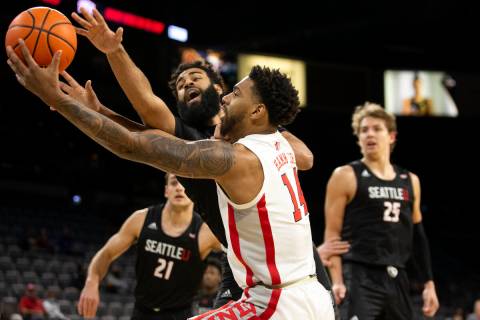 Guard Mike Nuga had 21 points and eight assists to help UNLV snap a five-game losing streak against Division I competition with a win over Seattle at Michelob Ultra Arena. 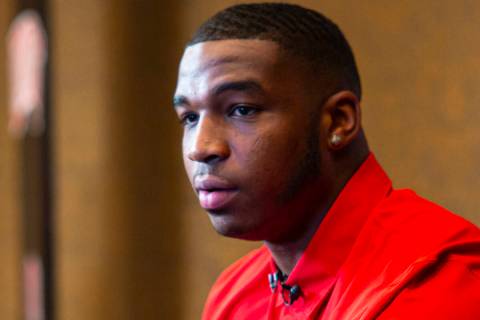 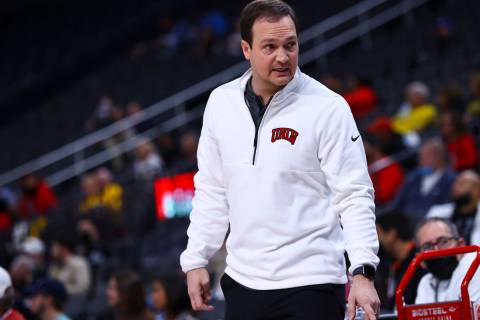 UNLV played its worst two defensive games of the season in blowout losses to SMU and San Francisco. Those teams combined to shoot 52 percent from the field. 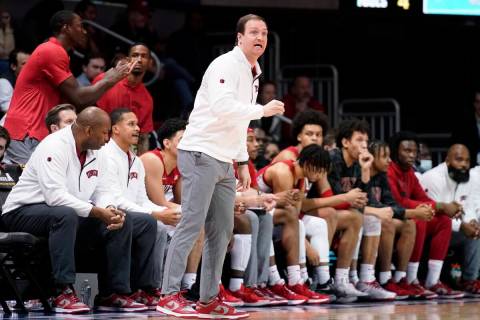 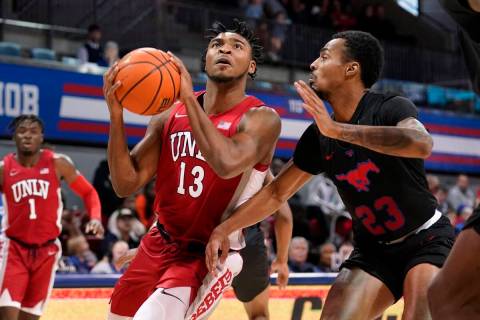 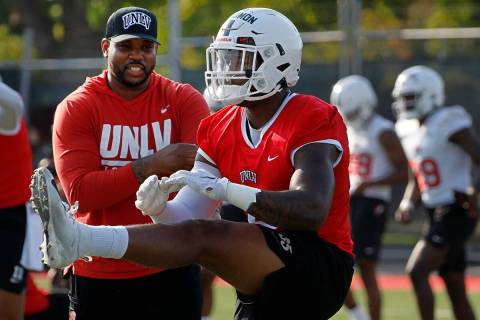