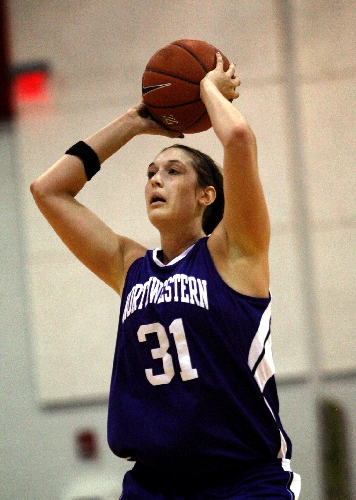 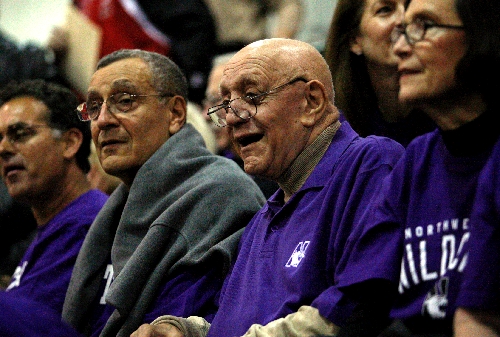 The man who put the “Runnin’ ” in “Runnin’ Rebels” once ran his granddaughter ragged while training her at the Tarkanian Basketball Academy.

When Northwestern’s 6-foot-5-inch junior center Dannielle Diamant was in eighth grade, her grandfather, legendary former UNLV coach Jerry Tarkanian, told her she wasn’t allowed to go home until she beat her club teammate in a sprint.

“He was like, ‘You’re not leaving until you beat her,’ ” said Diamant, who had 11 points and six rebounds Sunday to help lead the Wildcats to a 79-49 win over the Lady Rebels in a BTI Invitational first-round game at Cox Pavilion.

“Granted, I’m not the fastest, but I was even slower (then), and Aaryn’s super fast. After the fifth time, I was like, ‘Can I just go to the bathroom real fast?’ Aaryn and I both went, and we stayed in there for like 20 minutes,” Diamant said. “My mom (Tarkanian’s daughter Jodie Diamant) came out and said, ‘Dad, where’d the girls go?’

“It was good though. He’s a great coach.”

Wearing a purple Northwestern polo shirt and a wide grin for most of Sunday’s game, the 81-year-old Tarkanian sat in the stands with a group of about 50 purple-clad, sign-waving friends and family members, including his son Danny and Diamant’s parents, Jodie and Zafi.

“I made my dad put the shirt on,” joked Jodie. “Well, I didn’t make him — it wasn’t that big a deal — but I said ‘You’ve got to wear your Northwestern shirt.’

“If it wasn’t his granddaughter, he wouldn’t want to wear it.”

Diamant, who earned all-state honors at Gorman and helped lead the Gaels to three straight state titles, has made huge strides since last season, when she averaged four points and three rebounds off the bench.

“She’s just made an incredible jump, and now I feel like she’s got a chance to be one of the better players in the Big 10 this year,” Northwestern coach Joe McKeown said. “She’s got a great touch. She’s really poised inside-out, and that’s what makes her such a hard matchup.”

Tarkanian, whose four children live within two miles of his and wife Lois’ longtime home, watches most of Diamant’s games with her parents, who stream them from the Internet on their television.

“He’s interested and will say things (to her), but he doesn’t want to be too pushy,” Jodie said.

But Diamant said she always takes Tarkanian’s advice to heart.

“Not only because he’s my grandfather, but because he is a great coach and knows a lot about basketball,” she said.

Jodie said her daughter grew closer to her grandfather when Tarkanian underwent surgery for a fractured right shoulder. Dannielle spent the summer with him in San Diego and helped with his rehabilitation.

“He gets a smile when they do stuff together,” Jodie said.

Diamant aspires to play pro basketball, probably overseas, after college. She’s undecided about her future beyond that, but won’t rule out coaching.

“I really like working with little kids,” she said. “I might go into some sort of teaching or coaching little kids and somehow make it all fit together.”

They better be ready to run.