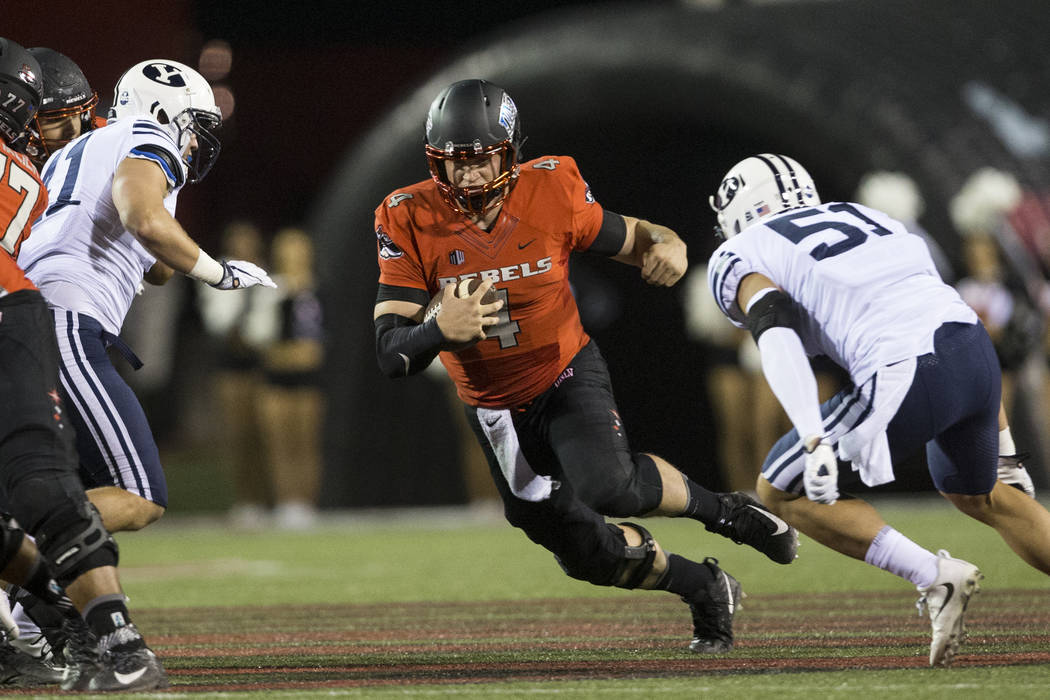 Former UNLV quarterback Johnny Stanton has been invited to the Minnesota Vikings’ rookie minicamp, which is this weekend.

Excited to say that I have been invited to Rookie Minicamp with the Minnesota Vikings! pic.twitter.com/8bMBswlTbh

Stanton can be used any number of ways.

At UNLV last season, he started three games at quarterback and also played some at linebacker and on special teams. At quarterback, Stanton completed 62.5 percent of his passes for 724 yards and four touchdowns, and he rushed for 96 yards and two TDs on 37 carries. He led the Rebels to victories over Fresno State and Hawaii.

Stanton (6 feet 2 inches, 245 pounds) also made nine tackles and blocked a punt that set up a touchdown against San Jose State.