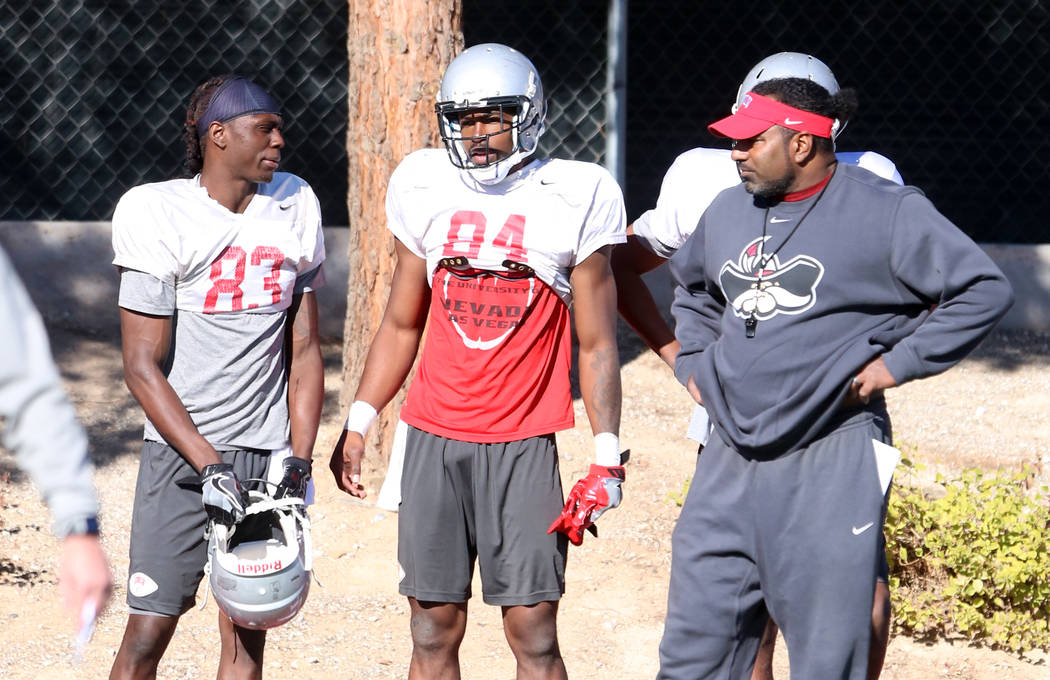 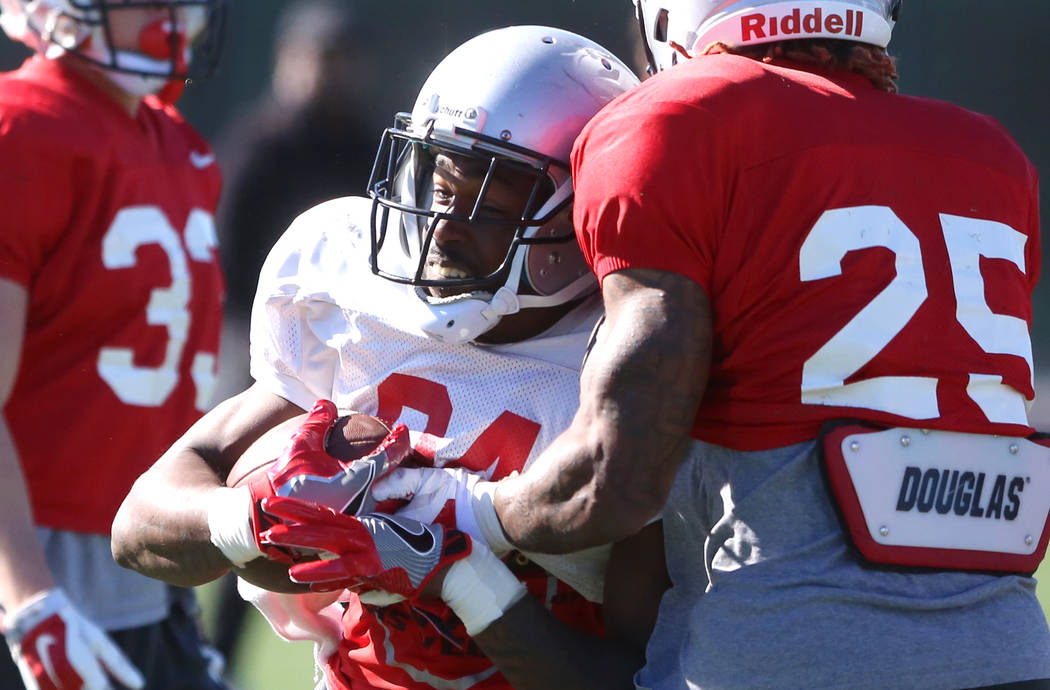 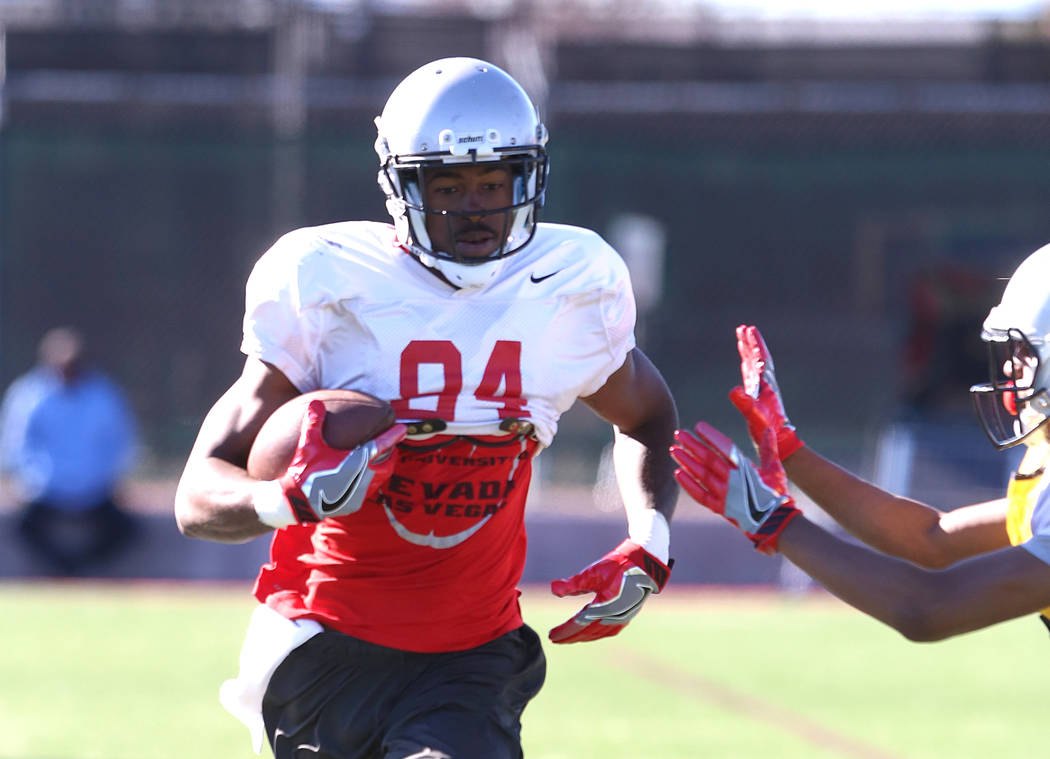 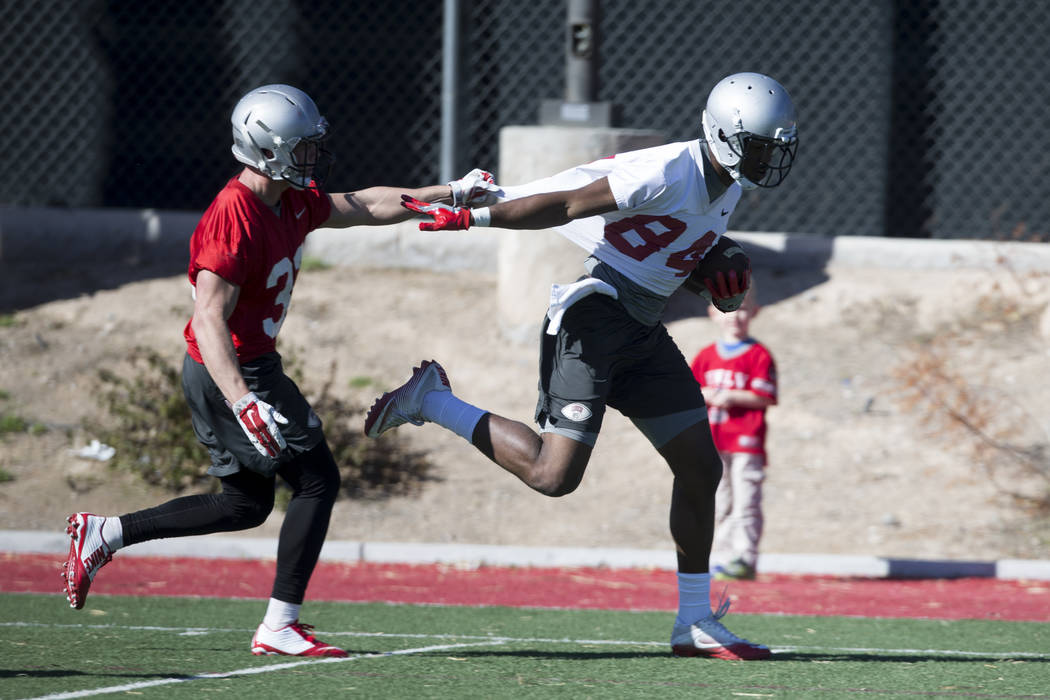 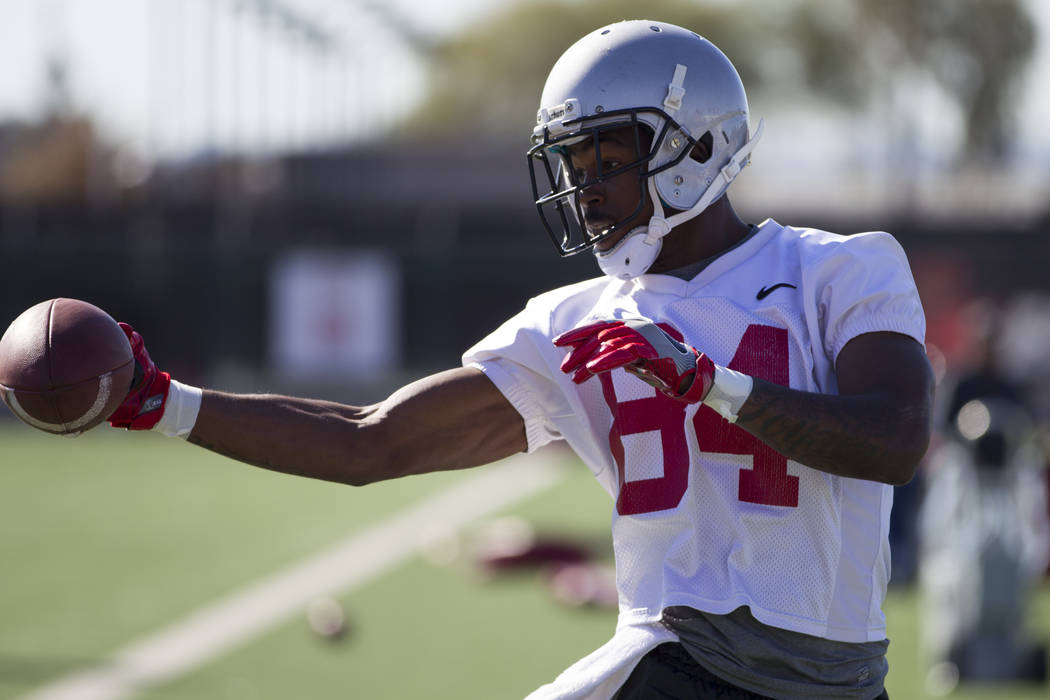 Every jump ball Kendal Keys comes down with during spring workouts puts a smile on his UNLV coaches and teammates.

The Rebels didn’t get to see their 6-foot-4-inch wide receiver make spectacular catches on the field in 2016. Keys suffered a season-ending knee injury in August.

Keys, a redshirt junior, is fully healthy for spring ball, and no one is happier to have him back than senior wide receiver Devonte Boyd.

Boyd envisioned a monster junior year with his close friend Keys on opposite sides of the field. Keys as the big-body playmaker and Boyd as the smooth route runner moving the chains.

As the injuries piled up last season, Boyd was part of a different receiving corps every week until he caught the injury bug also in November. Boyd missed the final two games of the season with a broken left arm.

“It was pretty tough to watch Kendal go down because that was my guy,” Boyd said. “Me and Kendal came in together and we played every game together, so that was my first season without him on the other side of me.

“I got real close with Darren (Woods) and (Brandon) Presley, and then they got hurt. It was a tough year.”

Boyd is a limited participant at spring practices, but he’s been running routes with his fellow receivers, and is looking forward to teaming up with Keys again.

“Kendal looks good,” Boyd said. “He looks like someone getting ready to do some damage.”

Boyd, who led the team with 45 receptions and 745 receiving yards last season, said he still feels a little bit of pain in his arm when catching the football.

Young wideouts such as Mekhi Stevenson and Woods weren’t expected to play during their freshmen seasons, but started multiple games due to the injuries. Keys’ replacement, Presley, only got to play one game after a foot injury.

“It was just me and the young bucks, but they stepped up,” Boyd said. “It was a learning experience. Now they’re experienced. They’ll be ready to contribute more. We’re all back and can’t wait to see what we do.”

Sanchez said Keys is running his routes well during practices but he’s still adjusting to the timing with the three quarterbacks.

“It’s going to take time for Kendal to get the rhythm down,” Sanchez said. “He had a few drops today (Wednesday), but it happens. He’s been out since the summer. It’s March and he’ll be alright.”