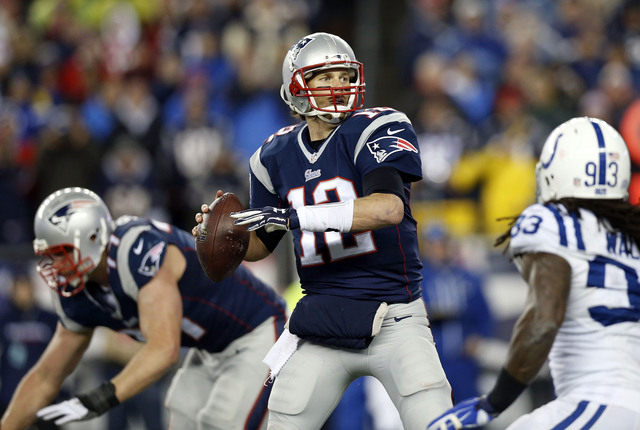 New England Patriots quarterback Tom Brady, who will have the appeal of his four-game suspension heard on June 23 for his alleged role in Deflategate, may have received some help without even asking.

The American Enterprise Institute has examined the 243-page Ted Wells Report and finds it “deeply flawed” and “unreliable.”

An AEI report posted on its website and summarized in a New York Times article, headlined “Deflating Deflategate,” released Friday, calls into question the findings of the NFL-ordered Wells Report scandal that led to Brady’s four-game suspension by the league.

The American Enterprise Institute is a Washington, D.C.-based think tank whose mission is “to defend the principles and improve the institutions of American freedom and democratic capitalism — limited government, private enterprise, individual liberty and responsibility, vigilant and effective defense and foreign policies, political accountability, and open debate,” according its website.

AEI’s independent analysis is written by Kevin Hassett, Joseph A. Sullivan and Stan Veuger and rejects the finding that the footballs used by the Patriots in first half of the AFC Championship Game had a more significant drop in air pressure than those used by the Indianapolis Colts in the first half.

AEI advances theories that officials only had time to test four of the 12 Colts footballs at halftime and those game balls likely increased in air pressure while in a warmer environment than the 11 Patriots footballs that were tested with two different gauges and then re-inflated.

Commissioner Roger Goodell informed the NFL Players Association earlier this month that its request to have him removed from Brady’s appeal was denied.

“As I have said publicly, I very much look forward to hearing from Mr. Brady and to considering any new information or evidence that he may bring to my attention,” Goodell said in a letter to the NFLPA. “My mind is open; there has been no ‘prejudgment’ and no bias that warrants recusal.”

The NFLPA disagreed with the investigation on the premise that it was not truly neutral and that evidence was circumstantial. Wells attacked those claims. The NFLPA also disagreed with the authority of vice president Troy Vincent to hand down the disciplinary decision.

AEI’s conclusion centers mostly on the scientific analysis conducted in the Wells Report. A one-paragraph summary of its findings is below:

“In the current ‘Deflategate’ controversy, the New England Patriots have been accused of illicitly deflating footballs before the start of their 2015 American Football Conference championship game against the Indianapolis Colts. The National Football League and the lawyers it hired have produced a report — commonly known as the “Wells report” — that has been used to justify penalties against the Patriots and quarterback Tom Brady. Although the Wells report finds that the Patriots footballs declined in pressure significantly more than the Colts balls in the first half of the game, our replication of the report’s analysis finds that it relies on an unorthodox statistical procedure at odds with the methodology the report describes. It also fails to investigate all relevant scenarios. In addition, it focuses only on the difference between the Colts and Patriots pressure drops. Such a difference, however, can be caused either by the pressure in the Patriots balls dropping below their expected value or by the pressure in the Colts balls rising above their expected value. The second of these two scenarios seems more likely based on the absolute pressure measurements. Logistically, the greater change in pressure in the Patriots footballs can be explained by the fact that sufficient time may have passed between halftime testing of the two teams’ balls for the Colts balls to warm significantly, effectively inflating them.”