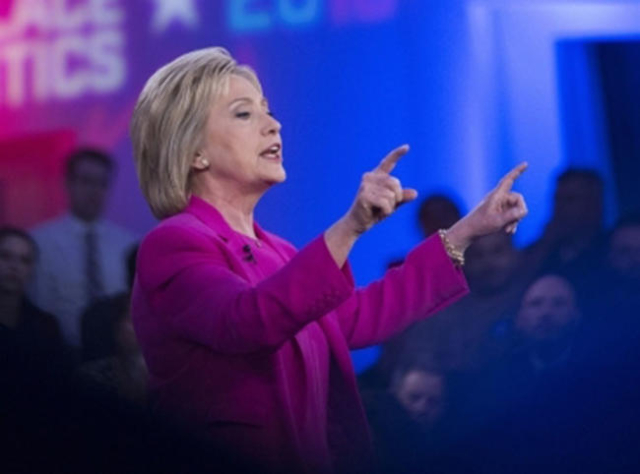 The Las Vegas Review-Journal on Friday reported a possible threat related to Democratic presidential candidate Hillary Clinton after a man tried to place an obituary notice for the former secretary of state.

The man, who identified himself as Don Schubert, was asked to leave the newspaper building’s lobby after he filled out a standard obituary form identifying the deceased as Hillary Rodham Clinton, and listing her date of death as Feb. 20, 2016, the date of Saturday’s Democratic Party presidential caucuses. Previously he had called the newsroom to complain about the coin flips that determined the outcome of some Iowa caucuses last month.

The man was seen leaving the RJ parking lot in a maroon Toyota Prius bearing several Bernie Sanders campaign stickers. A security guard said he was also wearing a Sanders sticker on his shirt. The official Sanders campaign website lists “Don Schubert’s House” in Long Beach, Calif., as the site of a volunteer phone bank.

When reached by phone Friday night, Schubert said he had been called by a Secret Service agent. He said he told the agent the obituary attempt was done in “political humor,” a predictive reference to Clinton losing Saturday’s Nevada caucuses.

Schubert said the agent told him that he could be arrested, but the agency wasn’t planning on doing so.

The Secret Service declined comment Friday evening. Neither the Sanders nor Clinton campaigns responded to requests for comment.