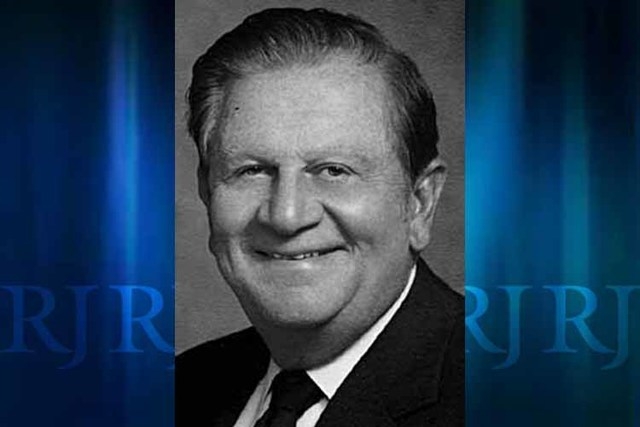 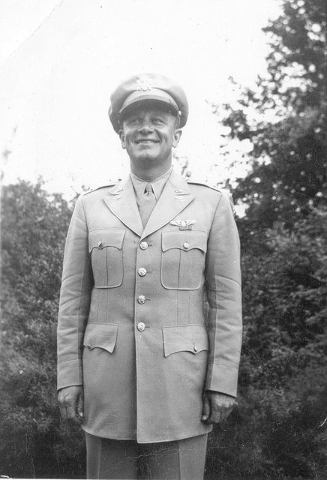 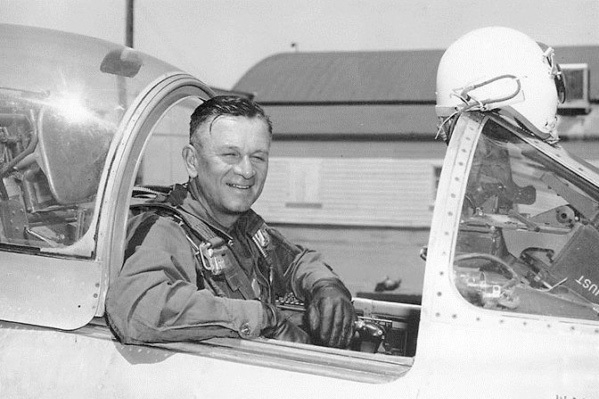 When he was in the Senate, Howard Cannon, who reached the rank of major general in the Air Force Reserve, test-flew all new aircraft before voting for money to develop them. Photo courtesy Air Force Reserve

In a long life that spanned most of the 20th century, Cannon accomplished many things that made people’s lives better and ought to be well-remembered. But if he’s known at all around modern political circles it’s probably for a wicked primary battle with Jim Santini in the 1982 Senate race and an ignominious defeat at the hands of Chic Hecht. By the time of his 2002 death at age 90, many of Cannon’s achievements were overshadowed by an ugly Teamsters union scandal and that final campaign upset.

But, at least for a few hours, Cannon’s memory and legacy were celebrated on consecutive nights by former Senate staffers and interns, old friends and his devoted daughter Nancy Cannon Downey at the homes of former Nevada Rep. Shelley Berkley and Las Vegas Sun Publisher and Editor Brian Greenspun and his wife, Myra. Retiring U.S. Sen. Harry Reid and Rep. Dina Titus paid their respects and acknowledged the late senator’s remarkable contributions to the state. The gathering honored Cannon’s longtime Las Vegas office supervisor Sara Denton, in whose name a donation was made to the Boulder City Museum.

A party with his name on it is something Cannon wouldn’t have done for himself. Understated to a fault, he possessed few of the gifts now considered essential for success in modern politics, where a $100 haircut and a game-show host’s personality can pay big dividends. Cannon wasn’t a high-energy back slapper or even a comfortable public speaker.

His biographer and former press secretary, Michael Vernetti, calls him a plow horse, not a show horse. Look at the fields Cannon furrowed.

Born in St. George, Utah, in 1912, Cannon rose from humble beginnings to pass the legal bar in 1937 and then serve his country as a pilot in World War II. As co-pilot of the “Stoy Hora” C-47 cargo plane, he helped lead the 440th Troop Carrier Group that delivered 101st Airborne paratroopers over Normandy on D-Day, June 6, 1944. Many Americans of a younger generation have forgotten those sacrifices, but the French are unfailing in honoring them: A replica of the Stoy Hora is featured at the D-Day Paratroopers Historical Center in Saint-Come-du-Mont, Normandy, where Cannon and sky partner Col. Frank Krebs are held in high esteem.

Cannon kept flying after D-Day, was shot down over Holland and evaded capture for 42 days before reaching Allied troops. He received the Distinguished Flying Cross, Presidential Citation, purple heart, a fistful of battle stars and oak clusters, and French Croix deGuerre with a silver star.

Upon returning from the war, he went back to work. Cannon in 1949 became Las Vegas city attorney. A decade later, he was elected to the U.S. Senate, a seat he held for the next 24 years.

By the time he left office, he was the Senate’s “Mr. Aviation.” A moderate Democrat, he quietly ushered deregulation in the airlines, trucking and railroad industries. Although some back in Nevada wouldn’t have noticed, Cannon achieved great power in the U.S. Senate, where he played quiet but essential roles on the Commerce, Armed Services and other committees in a career that saw him become the Senate’s second-most-experienced Democrat.

In researching the senator’s life story, “Senator Howard Cannon of Nevada: A Biography,” Vernetti returned time after time to the image of the working man more comfortable in overalls than a suit and tie.

“Cannon was a behind-the-scenes guy,” Vernetti said Monday. “He was a shy guy. It’s hard for people to grasp a politician who doesn’t seek the limelight, but Cannon did not. To him, working in the Senate was a job. The folks in Nevada paid him to do a job.”

As chairman of the rules committee, the author said, his work to improve financial disclosure led to reforms that improved transparency and had the effect of encouraging journalists to follow the money.

“He wasn’t a spokesperson,” he said. “He wasn’t comfortable being that. He would not have been good at that had it been thrust upon him.”

When he was hit in the press, as he often was late in his career, Cannon didn’t lash out. He just kept plowing. When he lost his final race, he didn’t curse the fates. And even when his name was removed from the Reno airport he kept his head up. “He was tough,” Vernetti recalled. “He was tough as nails.”

From Nevada to Normandy, Cannon deserves to be remembered.

John L. Smith’s column appears Sunday, Tuesday, Wednesday, Friday and Saturday. He can be reached at 702-383-0295 or jsmith@reviewjournal.com. On Twitter: @jlnevadasmith