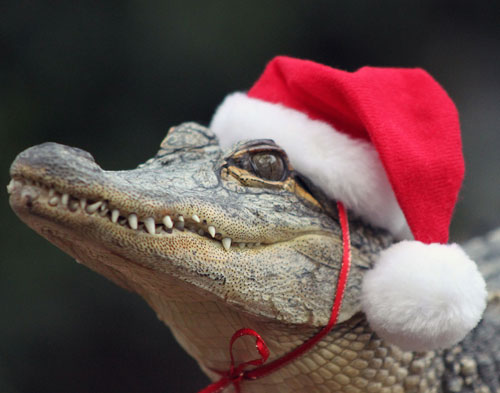 With Christmas fast approaching, the still-in-session Senate has turned a bit snippy this week.

Reid shot back that he didn’t need to hear “sanctimonious lectures” from Kyl or South Carolina Republican Sen. Jim DeMint to understand the meaning of Christmas.

Reid said the Republicans should blame themselves for the extended session because they have wasted “days and days” filibustering 87 bills this session.

Reid was back on the floor this morning to inform his colleagues that the lame-duck session will stretch at least through the weekend.

The federal government runs out of money at midnight Saturday unless Congress approves another short-term extension or adopts a budget for the 2011 fiscal year.

Reid plans to hold that debate before a government shutdown occurs. He also wants to return again to: the Dream Act, repealing the ban on gays serving openly in the military, and providing health assistance to first responders sickened after the World Trade Center attack on Sept. 11, 2001.

Senate Minority Leader Mitch McConnell took the floor afterward to say that the “monstrous” omnibus budget bill that spends “a-half-billion dollars” per its 2,000 pages should be rejected.

In its place, McConnell offered a single-page “continuing resolution” to keep the federal government operating until Feb. 18, 2011.