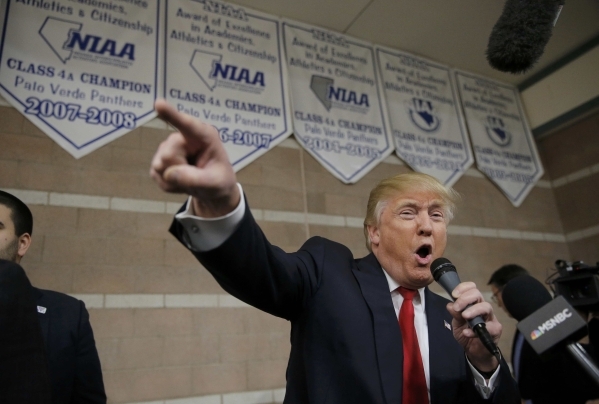 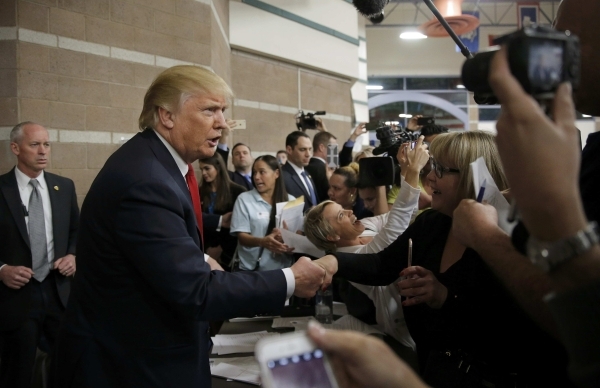 Like a covey of quail flushed from the bushes and into the open, some of the biggest names in national Republican Party politics this week scuttled behind underperforming presidential suitor Marco Rubio as he tried to keep smiling in Nevada.

The political coyote responsible for scaring the establishment birds is none other than Donald Trump. The reality-television-star-turned-GOP front-runner spent Tuesday dining on his competition in the Nevada Republican presidential caucus.

My email chirped and chattered Monday with missives from the Rubio press office reporting endorsement after endorsement from members of Congress, current and former state elected officials, a few celebrities and pretty much anyone with a neck tie. The email popped so often they carried a hint of desperation mixed with celebration.

From Senate warhorse Orrin Hatch of Utah: “In these difficult times, it is critical for Republicans to nominate a candidate who understands both the challenges and the opportunities confronting America in the 21st century. Marco Rubio has demonstrated sound judgment in foreign affairs during his time in the Senate as well as articulating a vision for how to rejuvenate America’s economy.”

Then there was Sen. Dan Coats of Indiana: “After months of spirited debates and now three consequential primary contests, it’s time to focus on which candidate can best unite our party, earn the support of independents and disaffected Democrats and win the election this fall.

“It’s clear to me that Marco Rubio is that candidate.”

It’s clear to a lot of people now that former Florida Gov. Jeb Bush has faded like a pair of cheap blue jeans. Before Bush officially suspended his campaign (some suspected it was in a state of suspended animation), he raised and spent a staggering $130 million to push a broom behind the elephants and play second banana to master vaudevillian Trump.

So far in the GOP primary, establishment endorsements should come with a kazoo. Given the current anti-insider atmosphere and Trump’s touchdown dance in the Silver State, was it really such a great idea to start snapping suspenders over the embrace of Hatch & Company?

Not sure it was meant to help him in Nevada, but it certainly makes Rubio stand out next to Ted Cruz.

Maybe all those endorsements and a few hundred million dollars will convince voters Rubio is ready for presidential prime time — or at least strong enough to stop Trump short of the nomination.

As the GOP primary continues to pump vitriol into the atmosphere, it’s important to remember something: The party bosses and their benefactors did this to themselves. They are the ones most responsible for alienating their own voters and failing to put forward a clear, reasonable conservative vision for the country.

Trump is winning with the equivalent of a traveling road show. In Nevada, he didn’t establish an early headquarters and didn’t spend a boatload of greenbacks to lock up the state’s conservative campaign braintrust. He did it without a single embrace, or even acknowledgment, from a major state party official. Meanwhile, candidates and third parties have dumped a bundle to gin up the excitement, register voters and make sure folks followed the leader to the caucus sites. Cue the kazoos.

So far, the result has been something like, “That Rubio seems like a nice young man, but did you hear what Trump said?”

Trump drew at least 6,000 people to the South Point Arena with immigration-baiter Sheriff Joe Arpaio as his opening act. Amazing. The people were so motivated he could have charged admission.

Early Tuesday, Rubio and his armload of establishment endorsements managed to attract 300. Cue the kazoos. I had more people in line ahead of me that morning at Starbucks.

And don’t forget: Republicans can’t blame the dastardly Democrats for these troubles. These wounds are self-inflicted.

Somewhere on the road to his next big event, the coyote Trump must be howling his head off.