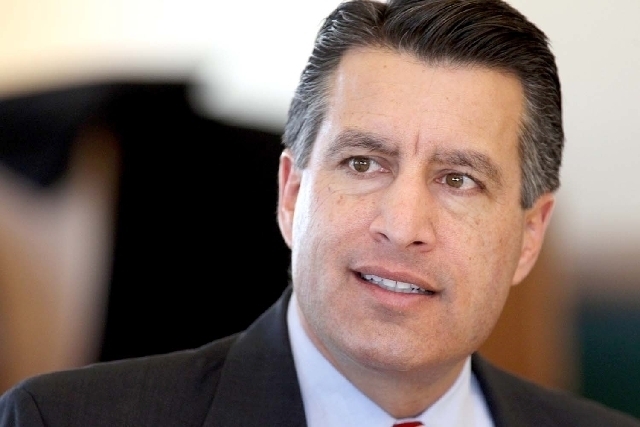 CARSON CITY – Gov. Brian Sandoval said Thursday he sympathizes with Nevadans who are not getting their unemployment checks in a timely manner, but the state is fixing the problem caused by the Employment Security Division’s new computer system.

“For those claimants still experiencing delays, this is a difficult and frustrating time, and the state is making every effort to minimize any inconvenience,” he said. “While it is obvious to the Department of Employment, Training and Rehabilitation that it has some continuing problems due to elevated call volumes, DETR continues to address the specific issues.”

Department director Frank Woodbeck said problems occur when claimants require individual attention because something is wrong with their claims. It could be as simple as the claimant having two addresses, he added.

Claimants with weekly or initial claims are advised to file online instead of repeatedly phoning the call center, where a typical call takes 12 minutes after an average hold time of 75 minutes.

On top of calls about continuing regular unemployment benefits, phones also are “jammed” by people complaining about the 59 percent cut this month in federal extended unemployment benefits, Woodbeck said. Claimants were told the huge cut was coming because of the federal government’s refusal last spring to fund some programs, he said. The cut will be reduced to 7.2 percent in October, with the program ending in late December.

To help resolve problems, about 80 unemployment staffers will work from 10 a.m. to 2 p.m. Saturday to handle calls about individual claims problems.

The agency shut down it old computer system Aug. 26 and switched to a new $38 million computer system Sept. 4. Since then, numerous claimants have complained that they only receive busy signals when they try to reach the call center, and some have been unable to file claims online because their pin numbers do not work..

Two woman told the Review-Journal earlier this week that they persistently called but could not reach anyone to help them. The governor’s office said Thursday that both women have since been assisted.

Sandoval had said two weeks ago that he thought problems with the computer system had been repaired and the system was running smoothly.

He said Thursday that more claims are being processed online, and call volume and wait times have been reduced. Since the new computer went live, the governor said the agency has received more than 300,000 calls and issued more than 135,000 payments. The agency receives 1,800 calls a day.

“My office continues to monitor the situation and is receiving regular updates,” Sandoval said in a statement. “I remain confident that the new system will be better able to serve claimants in a timely and efficient manner.”