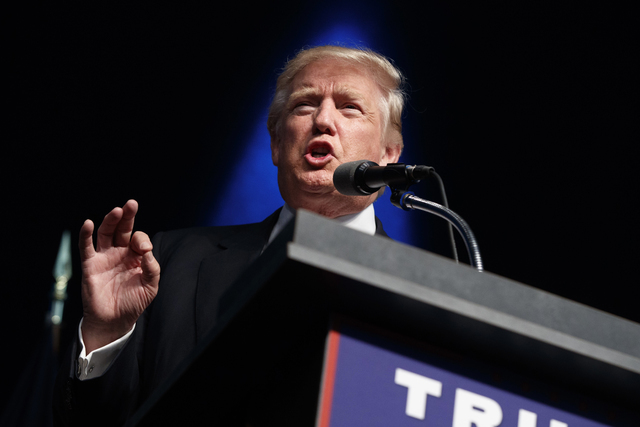 Democrats on the House Judiciary Committee are asking the Justice Department to investigate the circumstances surrounding a $25,000 donation the Donald J. Trump Foundation made to Florida Attorney General Pam Bondi at a time when her office was considering whether to open a fraud investigation of Trump University.

The letter, signed by all the committee’s Democrats, alleges that the donation in 2013 “may have influenced Mrs. Bondi’s official decision not to participate in litigation against Mr. Trump,” and asks Attorney General Loretta Lynch to explore whether federal bribery or other laws might have been violated.

Separately, New York Attorney General Eric Schneiderman said on CNN Tuesday that his office was “concerned that the Trump Foundation may have engaged in some impropriety” and had “been looking into the Trump Foundation to make sure it’s complying with the laws that govern charities in New York.”

Justice Department spokesman Peter Carr said officials had received the letter from House Democrats and were reviewing it. Hope Hicks, a spokeswoman for the Republican presidential candidate, said: “That is a totally ridiculous and false mischaracterization that blatantly disregards the facts. This is clearly a politically motivated attempt to distract from all of Hillary Clinton’s issues.”

Of the New York Attorney General’s announcement, Trump communications adviser Jason Miller said: “Attorney General Eric Schneiderman is a partisan hack who has turned a blind eye to the Clinton Foundation for years and has endorsed Hillary Clinton for president. This is nothing more than another left-wing hit job designed to distract from Crooked Hillary Clinton’s disastrous week.”

A Justice Department investigation would be separate from that run by the New York attorney general, though the state might have some parallels in its tax and other laws. A person familiar with the New York attorney general’s investigation said it would be broader than the donation to Bondi. The Washington Post recently has reported on a number of possible violations of IRS rules by the Trump Foundation — which appeared to have filed incorrect tax paperwork and twice to have spent charity money to buy items for Trump himself. IRS rules prohibit charity officials from spending their nonprofit’s money to buy goods or services for their own use.

The person familiar with the New York attorney general’s investigation said that inquiry would also examine an incorrect tax return, filed by the Trump Foundation in 2013, which omitted the prohibited gift to Bondi and included a nonexistent gift in its place. The same person said the inquiry would also examine cases of apparent “self-dealing” that The Post reported in which Trump used foundation money to buy both a $12,000 autographed football helmet and a $20,000 portrait of himself.

Aides to Trump have already conceded the donation to Bondi was a mistake stemming from clerical errors. Federal rules prohibit charities from donating to political candidates, and the Trump Foundation did not list the gift in its filings with the IRS in 2013. Trump paid the IRS a $2,500 penalty this year, and representatives for the Trump Organization have said he reimbursed the charitable foundation from his personal account. All of that occurred after news reports and watchdog groups began raising questions.

If the donation were meant to persuade Bondi not to involve her office in any investigations of Trump University – which is the target of several lawsuits by former customers who claim they were misled – that would potentially be more significant.

Whitney Ray, a spokesman for the Florida Attorney General’s Office, said there was no basis to investigate Trump University because, in 2013, the office had received only one consumer complaint, and “the matter never rose to the Attorney General’s level for any decision of any kind.” He said the only consideration that Bondi’s office gave to initiating a Trump University investigation in 2013 was that a staff member “briefly reviewed” allegations of another case in New York to see if they had relevance to Florida.

“There was never any recommendation by the staff to investigate or sue Trump University in 2013,” Ray said.

Marc Reichelderfer – who worked as a consultant on Bondi’s re-election effort – told the Associated Press in June that Bondi solicited the donation herself from Trump, but he said that Bondi was not then aware of the complaints against Trump University. Trump, who in the past has boasted about currying favor with politicians by donating, said of what he was trying to get: “I’ve just known Pam Bondi for years. I have a lot of respect for her. Never spoke to her about that at all. And just have a lot of respect for her as a person. And she has done an amazing job as the attorney general of Florida. She is very popular.”

The Justice Department has increasingly found itself at the center of the election this year. The department had been investigating Democratic presidential candidate Hillary Clinton’s use of a private email server while she was secretary of state, and even though the FBI and Justice Department concluded the probe should be closed without charges, Republicans have held several hearings and sent letters demanding more information. They also have pushed for new investigations of whether Clinton lied under oath to Congress and of how and why some emails that were under a preservation order came to be deleted.