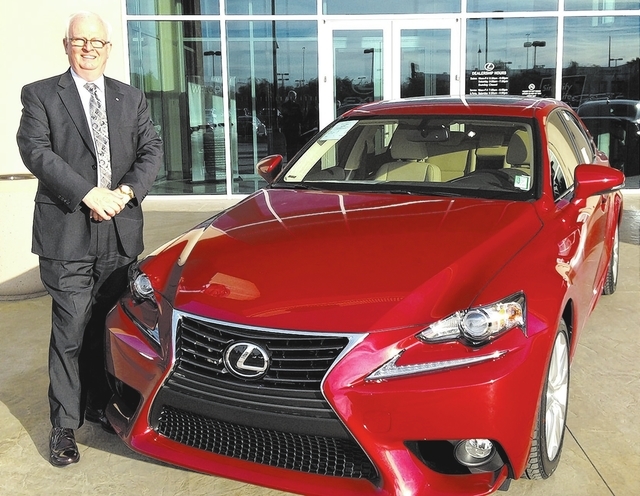 Michael Kennedy got involved in automobile sales in 1979 at a Chevrolet dealership in Columbus, Ohio, spending the past 15 years in management as a financial manager, new-car manager and general manager. He decided to come to Lexus of Henderson two years ago and immediately fell in love with his new employer and his new community of Sun City Anthem.

“I’ve had a lot of success selling automobiles to my neighbors in Sun City Anthem,” Kennedy said. “People like to do business with people they know are their neighbors. My wife and I meet people all the time at restaurants, clubs and the theater. My neighbors know who I am and that I’m not going anywhere.”

Being part of the Sun City Anthem community is important to Kennedy. He runs a standing Lexus of Henderson advertisement in Sun City’s “Spirit” magazine encouraging people to drop by and see him anytime.

“If a customer wants a car brought to them, I’ll bring it anytime,” Kennedy says. “I meet people all the time who have had a truly outstanding experience with Lexus. I’m convinced Lexus is the finest car made today.”

Because Sun City Anthem is his home, Kennedy tells all his customers to call him if they need anything regarding their Lexus vehicles. He frequently conducts what he calls “Garage Door 101” demonstrations where he shows customers how to program their vehicle’s remote controls.

“If you want a no-hassle purchase with complete follow-up, I’m the person to see,” Kennedy said. “Purchasing a Lexus is less expensive going in, two years later it will have the highest resale value, and according to J.D. Power and Associates, Lexus is the most dependable vehicle on the road.”

The dealership is at the Valley Automall, 7736 Eastgate Road, Henderson. For more information, call 702-228-7736 or visit www.lexusofhenderson.com.