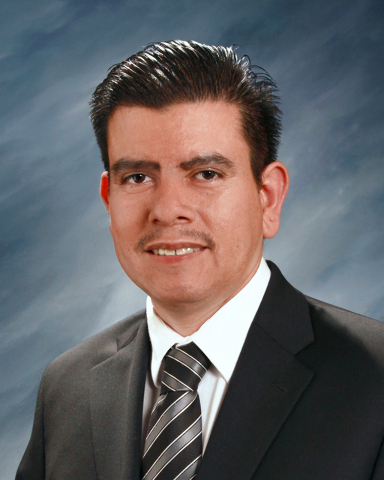 Isaac Barron may come from a humble background, but he also holds the distinction of being the first Latino member of North Las Vegas City Council and Mayor Pro Tem.

Barron’s parents emigrated from Mexico to the Las Vegas Valley in search of a better life. His father was a kitchen worker and his mother was a maid.

His political career started as a result of becoming an activist in the community as an award-winning Clark County teacher. After taking an interest in politics, he was elected to represent Ward 1 in June 2013. As Ward 1 Councilman, he represents an area taking in downtown and the city’s east side, which has a 78 percent Latino population.

Barron serves as the chairman of Redevelopment Agency and is a member of Southern Nevada Regional Planning Coalition.

He is married to Lucy and has four children and five grandchildren.

View recently talked with Barron for a question-and-answer session.

How did your political career get its start?

Barron: I’ve been the adviser to the Rancho High School student union for 18 years, and part of the function of our club was to focus on community service, which involved taking on several social issues as well, like advocacy for the DREAM Act and other social issues. As I became more involved, people started seeing me more as a social activist in the community. My political views basically grew out of taking leadership in my community.

What was it like growing up in North Las Vegas, and how has that influenced you as a politician?

Barron: I grew up on Donna Street and Carey Avenue in a single-family home in what was pretty much considered an all-American background. I grew up thinking this was a good place to live. I had a lot of diversity surrounding me in this working-class neighborhood. Growing up I didn’t know what racism was all about. Sure, I would hear some racist terms, but I didn’t know what discrimination was until I moved out of North Las Vegas.

There were a lot of tough kids growing up there. Several of the people I grew up with actually ended up playing in the NFL. The neighborhood (also known as Federal Park) actually became infamous in the late ‘80s and early ‘90s because it became ground zero of the crack wars and the Donna Street Crips. I knew a lot of the people that were featured in the History Channel television show “Gangland,” but because I was always a bit of a loner, I wasn’t attracted to the gang life. I was always a little skinny guy, but growing up here, you learn how to stand up for yourself. The biggest thing I learned was how to be resilient.

What issues have you brought to the table as Ward 1 councilman?

Barron: The No. 1 issue that keeps coming up with the residents is graffiti. They are sick and tired of it because it keeps scaring potential businesses away from this area. We’ve done a few things to address this issue. For example, we have a graffiti hit squad, which people can access through our app “Contact North Las Vegas.” All they have to do is take a photo and the GPS can pinpoint exactly where they are at and send it to the right department.

Another thing that our residents would like to see is an improvement to the parks we have and redeveloping the downtown area.

You were elected as mayor pro tem in June. How has that position changed your duties?

Barron: At first I didn’t realize what a big honor this was until a lot of people started sending me emails congratulating me and I began getting a lot of likes on Facebook. People in the Latino community were especially excited. I think they are looking for leadership, and I’ve really been trying to step up my game.

This job mostly involves stepping up as the mayor whenever he can’t be around. It’s not something that I saw coming, but it’s really a big honor and I feel a sense of pride and purpose.

As mayor pro tem you are the first Latino to hold this position in North Las Vegas. How does this make you feel, and how will your background as a Latino play into your new role?

Barron: My political subdivision, Ward 1, is 78 percent Hispanic. The majority of residents that live here are Mexican and Mexican-Americans, and some are limited in English.

I’ve assisted them with many things in both English and Spanish. The thing is a lot of Latinos are law-abiding citizens, but sometimes they’re afraid to call the police because there’s a cultural divide or they’re just afraid of the police, even though they have nothing to hide.

While my parents didn’t force me to speak and read in Spanish, I picked it up as an adult, which I think adds another level of service. For example, I’ve managed to open up a partnership with the Las Vegas Mexican Consulate and Metro to facilitate a dialogue between the consulate and the police department.

What are your visions for the future of Ward 1?

Barron: Sometimes Ward 1 is seen in a negative view because it’s an older part of town, but there are a lot of exciting things happening. Companies have purchased large shopping malls in the downtown area to bring national businesses to this side of town. Another development company is also bringing a luxury movie theater here, so we’re starting to see some new movement. People are beginning to invest in this area.

Barron: Residents should stay tuned for exciting announcements coming out about the downtown area. We’ve had a few “ins” in terms of sports. The city has a very good plan, but the game is not over yet.