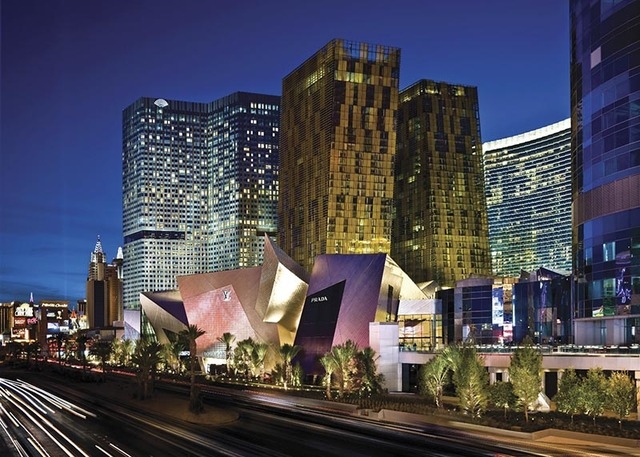 Commercial and residential real estate numbers are on the rise in Las Vegas, and sales at Veer Towers is helping to lead the way. One year after beginning sales, Pordes Residential Sales and Marketing closed on more than 165 units at Veer Towers.

“There is nothing but good news coming from Las Vegas,” said Mark Pordes, CEO of Pordes Residential. “We released 100 more units at the start of the new year and are looking forward to more people having the opportunity to live at Veer Towers.”

At Veer Towers, buyers have come from destinations from around the world, attracted to the residential building on Las Vegas Boulevard.

A neighboring project being planned by MGM Resorts International provides further evidence that the market in Las Vegas is strong. The company has announced plans to build a state-of-the-art 20,000- seat arena in partnership with entertainment powerhouse AEG.

Those two new attractions are within walking distance of Veer Towers. In addition, Veer residents are surrounded by The Shops at Crystals, the Gallery Row Shops and the Aria, Vdara and Mandarin Oriental resorts.

The two 37-story Veer Towers were designed by architectural firm Murphy/Jahn, leaning across each other at a 5-degree angle. Residents have views of Las Vegas from their residence as well as the rooftop entertainment areas that feature infinity edge swimming pools, hot tubs, sun decks and summer kitchens.

“Veer Towers is the only all-residential offering on the Las Vegas Strip. It’s a trophy property in the heart of CityCenter, and it has become one of the most desirable addresses in the city,” said Jim Navarro, vice president of sales for Pordes Residential.

The Pordes Residential sales team is selling studio, one-, two- and three-bedroom condominiums at prices of $303,000 to more than $1.8 million. For more information on Veer Towers, contact the Pordes Residential sales office at 702-748-8285. The sales office is open seven days a week and nighttime showings are available. Financing options are available.

Neither Pordes Residential or the owner of the Veer units is affiliated with MGM Resorts International.