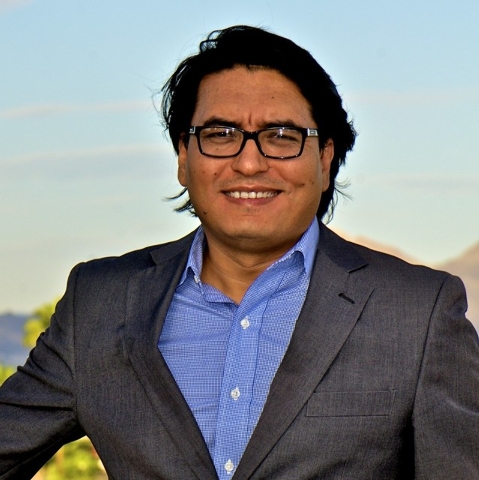 We are witnessing the arrival of a new economic model that we have yet to understand fully. Although this new, conceptual economic model is unfolding gradually, the knowledge economy is changing rapidly.

The knowledge economy emerged after management guru Peter Drucker recognized a particular type of workforce in the 1960s and dubbed them “knowledge workers.” In the decades that followed, the world saw a sharp increase in productivity, giving knowledge workers a higher level of respect and recognition.

The knowledge economy era gave knowledge workers an edge in the general workforce, offering them job security that was unheard during the first half of the 20th century.

These workers are in for a rude awakening in the upcoming decade. This is also true for small businesses, entrepreneurs and large multinationals that fail to see this change coming.

The knowledge economy gave the United States in particular a major edge in sustaining innovation and creating a healthy job market.

The conceptual economy will be different.

Knowledge workers who adapt to the new norm will keep pace; those who fail to change or acquire new skills and understanding will be left behind.

This new economic model will bring new professionals with strong creative knowledge who will understand the need to integrate the “art” aspects of their professions. “Management by Objective” will be taken less literally, and objectives will be created with more foresight and amended continually based on new information.

The transition will be less glamorous than at the beginning of the knowledge economy, but it will sometimes be more methodical and seamless.

The conceptual economy will see new professionals with enhanced but less disruptive skill sets. For example, doctors and engineers will perform their specialized tasks as they did in the knowledge economy, but this time, they will be challenged to use their right brains more in strategic thinking.

The conceptual generation’s medical directors will be more technologically savvy than most of the technologists in the 20th century, allowing this new breed to fundamentally change delivering care.

Beyond specialized workers, there will be a new set of conceptual workers whose jobs are yet to be created. Most of what has been offered for free in the knowledge economy will shift to a paid model.

Conceptual consumers will spend less time seeking bargains or free trials and will open their wallets for what they believe adds value.

Social media will heavily influence consumers in the conceptual economy, and peer influence will play a key role in consumer buying habits. There will also be a new market for paid, high-end online content and for validated, authenticated news aggregators.

Startup costs for technology companies will drop sharply. Shared resources and communal work efforts like Linux and cloud computing will be a standard way of building infrastructure. There will be a big shift toward devising new business models to measure, support and train conceptual workers.

Managing the new generation of technologically savvy, multitasking workers with short attention spans will be tough. Management will have to learn ways to train human resources departments to recognize and encourage the new norms for this new productive group.

Entrepreneurs may find many opportunities in the conceptual economy and generation. The knowledge economy created an enormous pool of small businesses: 98 percent of all businesses in the United States are small businesses. And the majority of small and midsized companies that fall under this category were the brainchild of a knowledge worker.

There is a tremendous opportunity for conceptual entrepreneurs to salvage these companies, sustaining them long enough to transform them into conceptual, profitable companies.

Basic business rules and timeless wisdom will still apply, of course. It will be important to ignore glamour. Instead, businesspeople should add value where the majority has ignored it. Address pain points. Be disruptive. Learn to defy conventional wisdom and logic. Learn to be a generalist. Adapt, adapt, adapt.

The conceptual workforce should learn that it is useless to do something very well if it shouldn’t be done at all.

Jay Maharjan is a Las Vegas-based entrepreneur, consultant and author. This column is excerpted from his book Winning Lessons for Entrepreneurs in the Conceptual Economy. Reach him at 4entrepreneur@gmail.com or via @4entrepreneur.