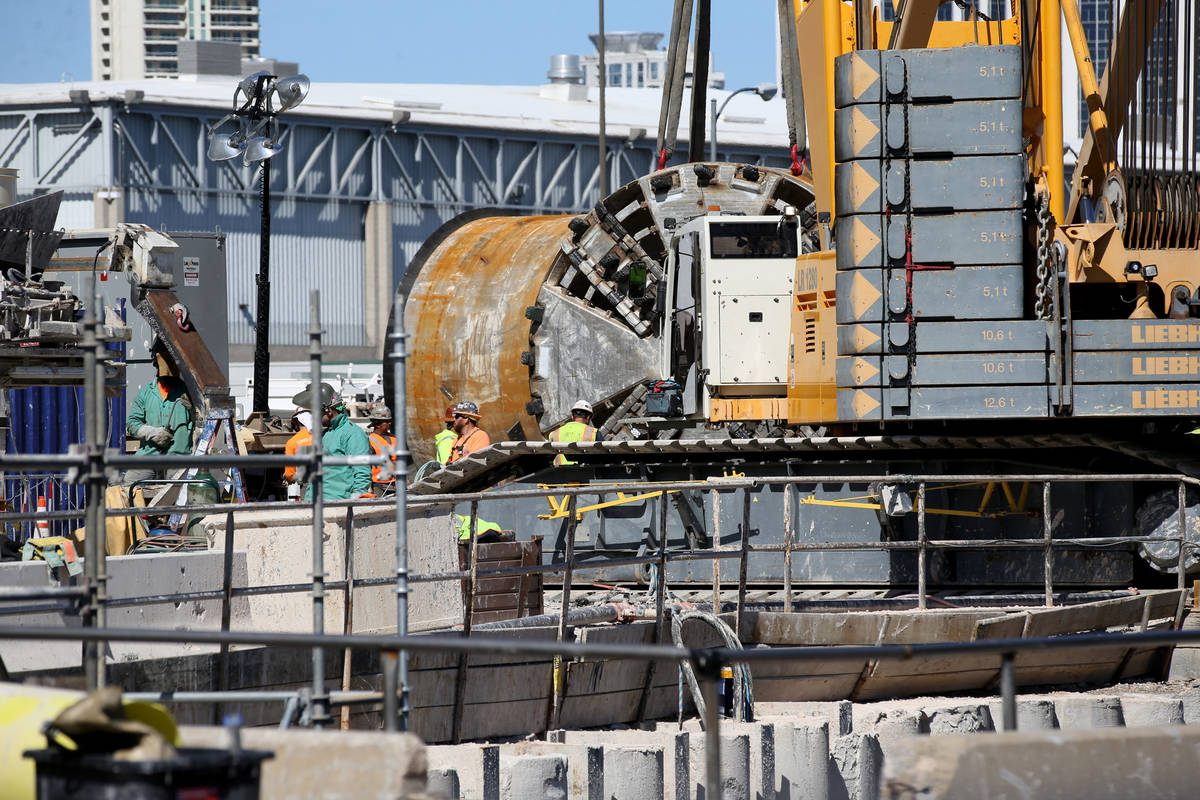 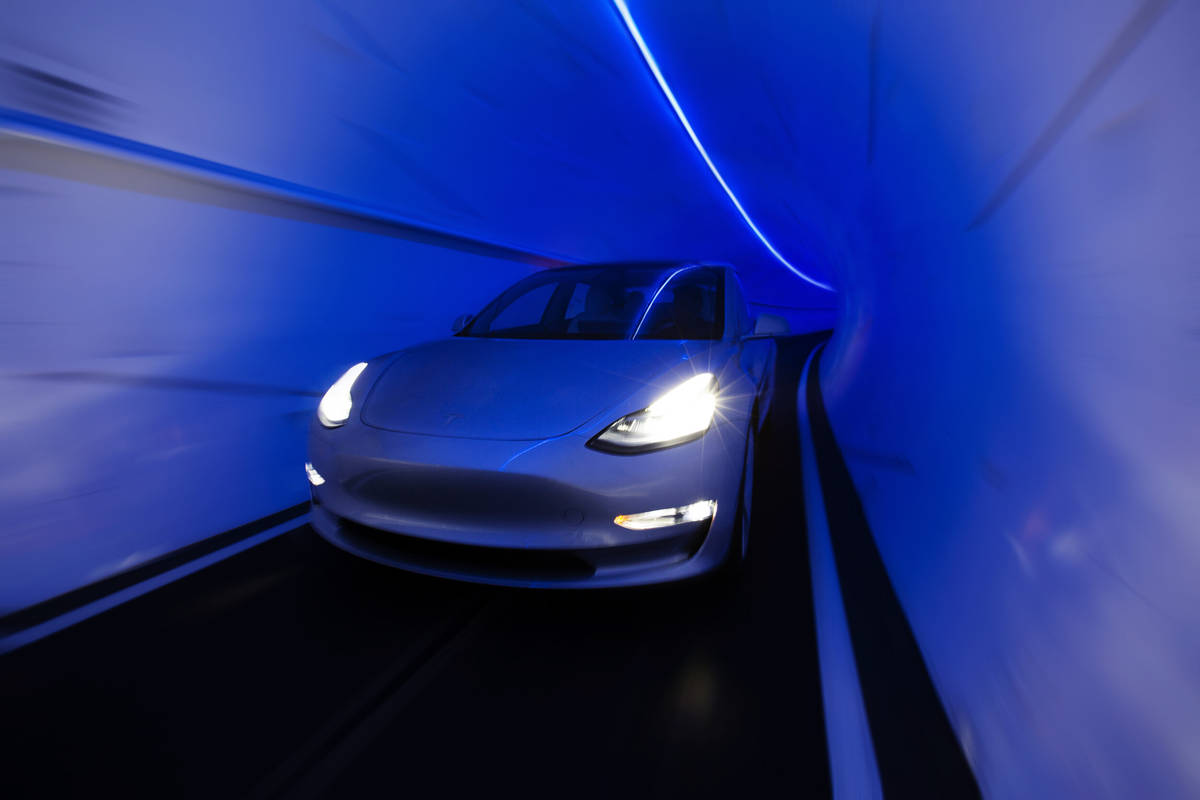 Plans for the Boring Company’s stations and route extensions from the Las Vegas Convention Center to Encore and Resorts World were approved Wednesday by the Clark County Commission. (Resorts World)

How much would you pay for a traffic-free ride from your resort to the airport on a busy Sunday afternoon?

Or to Allegiant Stadium for a Raiders game or the Garth Brooks concert?

LVCVA President and CEO Steve Hill’s report to the LVCVA board last week offered new details of the concept known as the Vegas Loop. It’s a network of about 15 miles of tunnels connected to as many as 50 stations at resorts and attractions across the valley.

How many of the 50 stations actually get built is an unknown. So is the fare passengers would be charged to ride in the vehicles. Just to be clear, the public isn’t going to be allowed to drive their own cars in the tunnels.

Hill and Boring Co. President Steve Davis have said the company would foot the bill for drilling the tunnels and providing the vehicles. The company hasn’t said how much that’s going to cost, but the 1-mile tunnel, three stations (one underground) and vehicles is costing the LVCVA $52.5 million. At that rate, a full system might cost around $787.5 million.

Some of that expense would be paid by individual resorts and attractions that want stations at their properties. Those costs could be variable, based on how large and elaborate the resort wants the station to be.

Hill told me months ago that he envisions stations being built under or near existing parking garages of Strip resorts. That could result in a whole new look at paying for public parking.

Last week, Caesars Entertainment Inc. announced that it is revamping its parking plan to charge non-local guests for self-parking at several of its open properties. If users of the Boring Co. transit system end up using resort parking garages for special-event parking, the resorts may look to paid parking as a solution to keeping non-customers from filling up their parking. That’s why MGM, Caesars and The Cosmopolitan of Las Vegas enacted paid parking at their garages.

The LVCVA has been upfront about The Boring Co.’s plans, thanks to the Las Vegas Convention Center people-mover project. Having Hill as a point man for the Vegas Loop project gives it credibility.

But it’s time that The Boring Co. be a little more transparent with the public about what could be the most innovative transit system ever conceived.

The public should have plenty of questions answered: How much will it cost to build the Vegas Loop system? Does The Boring Co. have the financial wherewithal to build it?

What will the fare structure look like for using the system? Would the company establish some kind of a farebox system similar to what the Las Vegas Monorail and the Regional Transportation Commission’s Deuce bus service have? Or will it be more like the app-driven systems of Uber and Lyft that charge by the mile and by time spent in the vehicles?

How exactly will the point-to-point system work? Will it be possible to have shared rides to reduce the cost of a trip?

How much is it costing resorts to buy in to the system with a station? What obstacles remain from the City of Las Vegas and Clark County to begin work?

The reason the tunneling system is financially viable is that the tunnels are considerably smaller than a traditional subway tunnel. LVCVA officials have said the drill that was used to create the tunnels beneath the Convention Center is being retired and that a new, better iteration of the drill would be used for future work. Boring has been very protective of the drill, preventing journalists from taking any photos or videos of it in action. It’s clear the company wants to protect its intellectual property of the drill.

But it seems some of the other questions should be answered so that the public has confidence in the project.