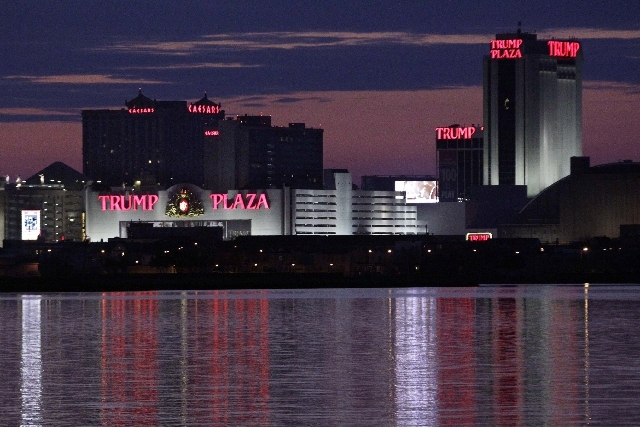 New Jersey has restricted online gaming operations to Atlantic City's casinos, which have until June 30 to line up their website technology partners. The state set a July 29 deadline for completed applications to the Division of Gaming Enforcement.

No one can say for certain how much New Jersey’s online gaming market will actually be worth.

State regulators, lawmakers, casino industry insiders and Wall Street analysts have estimated Internet wagers could generate as much as $1.2 billion in gaming revenues in the first year — roughly 40 percent of what Atlantic City’s 12 casinos collected in 2012.

That’s one reason Internet gaming providers have hopes for a seat at the table.

The state has outlined an aggressive schedule. Regulations have been drafted and the Casino Control Commission wants to see cards in the air — or on computer screens — by Thanksgiving.

New Jersey has restricted operation of online gaming to Atlantic City’s casinos, which have until June 30 to line up their website technology partners. The state set a July 29 deadline for completed applications to the Division of Gaming Enforcement.

Anyone missing the deadlines could be sidelined until next year.

Borgata owner-operator Boyd Gaming Corp. has a deal in place with European gaming giant Bwin.party, also based in Gibraltar.

Other pairings are speculative.

“There seems to be three or four strong opportunities to buy into Atlantic City, so there is a lot of jockeying going on,” one interested observer noted.

A discussion about Atlantic City isn’t complete without mentioning PokerStars.

The online gaming giant still has designs on Atlantic City, despite a New Jersey judge tossing out its parent company’s $15 million acquisition of the Atlantic Club Casino last month. Isle of Man-based Rational Group appealed the ruling earlier this month, which is kind of a Hail Mary-type maneuver.

Without a New Jersey casino partner, PokerStars is on the beach.

Nevada is not an option for PokerStars. State lawmakers inserted a “bad actor” clause in the interactive gaming law approved in February. Companies that continued to accept wagers from American gamblers after the 2006 passage of the Unlawful Internet Gambling Enforcement Act — such as PokerStars — can’t be licensed for 10 years.

So, despite being absolved of wrongdoing by the U.S. Department of Justice when the company accepted a $731 million forfeiture last summer to end its battle with prosecutors, PokerStars’ hopes rest on New Jersey, where the Atlantic Club is back in play. The money-losing casino has seemingly turned its fortunes around, growing gaming revenues 27 percent in the first five months of the year.

One dance partner could be Ultimate Gaming.

Company principals Tom Breitling and Tobin Prior have made clear that New Jersey is a potential market for Ultimate Poker, the first legal, U.S.-based and regulated pay-to-play gambling website.

Station Casinos is the majority owner of Ultimate Gaming, and rumors that the casino operator had its checkbook out flew along the Boardwalk as soon as the PokerStars deal was killed.

In a statement, Ultimate Gaming executives said the company is “actively meeting with several casinos in Atlantic City and is speaking with multiple gaming operators in other jurisdictions about partnership opportunities.”

The bankruptcy-reorganized Revel, the two Trump Entertainment properties and the Tropicana also are seeking suitors. All want to buy into the high-stakes game.

Both Nevada and New Jersey require players to be physically located within the states’ respective borders to gamble through computers or mobile devices.

Ultimate Poker has registered gamblers from all 50 states and 28 countries, so the interest is out there. All players need to do is make a trip to Las Vegas or Reno.

There are several reasons — maybe 18 million reasons — why New Jersey is a much more lucrative opportunity than Nevada. The state has almost 9 million residents. Add in New York City’s population of 8.5 million and Philadelphia’s 1.5 million residents and the potential player base far exceeds Nevada’s liquidity.

A New York City resident, for example, can sign up for online gaming with Borgata, drive five miles via the Holland Tunnel to Hoboken, N.J., pop into a Starbucks and log into their account on a laptop.

A Philadelphia gambler can register with Caesars Atlantic City, drive 10 minutes across the Ben Franklin Bridge into Camden, N.J., find a Dunkin’ Donuts, and buy into a game of no-limit hold’em on an iPad.

It will be that easy.

Nevada is poker only. New Jersey will offer all casino games.

The idea was for Nevada to be first to market when lawmakers and Gov. Brian Sandoval pushed through interactive gaming legislation in less than a day.

But unless online poker legislation makes it through Congress or Sandoval can sign interstate compacts to share Internet gaming revenues, Nevada could be drawing dead.