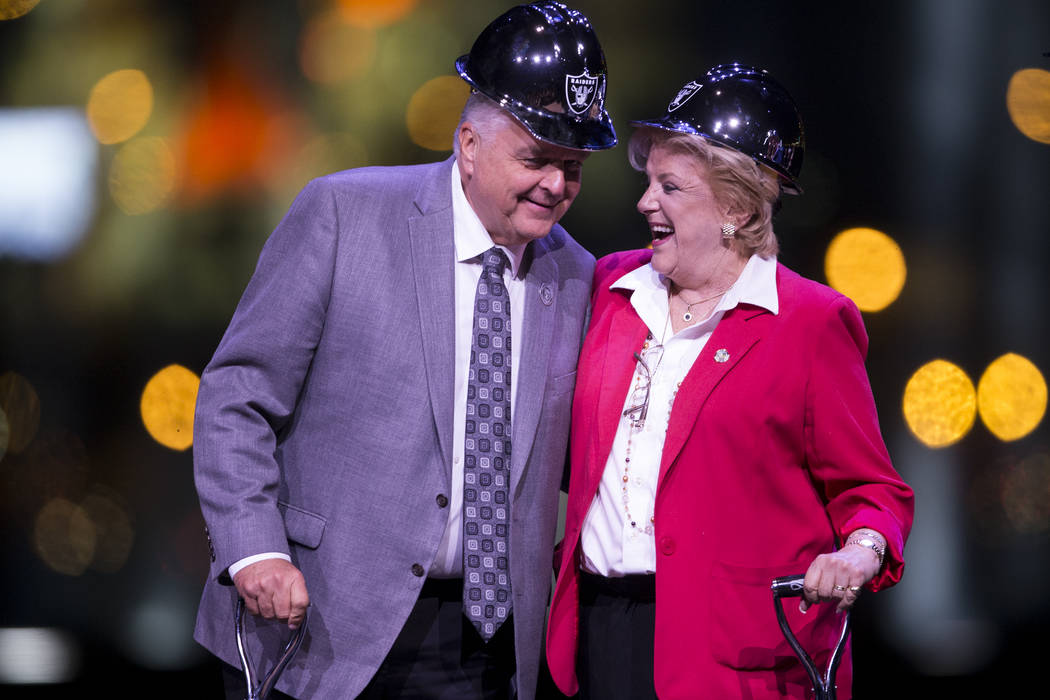 Last week’s Las Vegas stadium groundbreaking event reminded representatives of the Las Vegas Convention and Visitors Authority about the impact of something few of us saw coming: Southern Nevada’s sudden emergence as a center for professional sports.

We’re strutting our major-league swagger as a result of the phenomenon: the surprising early success of the Vegas Golden Knights; that feeling of reality that we will have the NFL and the Las Vegas Raiders here by 2020; new NASCAR races at the expanding Las Vegas Motor Speedway; MGM Resorts International’s surprising acquisition of the WNBA San Antonio Stars, widely viewed as an investment toward a larger prize, an NBA franchise for Las Vegas.

The rapid emergence of sports ramps up our civic pride but also unleashes a new set of issues, and the LVCVA will soon find itself right in the middle of them.

The most immediate concern is the same one the Las Vegas Stadium Authority is keeping its eye on: Congress’ handling of tax reform legislation and how tax-exempt bonds used to pay for venues used by professional sports teams are affected.

LVCVA Chief Financial Officer Rana Lacer said she’s keeping a close watch on the matter because she believes a strict interpretation of the law could mean that the LVCVA would be banned from using tax-exempt bonds on some capital expenses, making projects more expensive to finance.

Lacer pointed out that some convention halls are used for professional sports exhibitions, most notably professional bowling, which, on several occasions, used Cashman Center for national competitions. While some believe such an interpretation is a stretch, Lacer said the LVCVA doesn’t want to take any chances when millions of dollars are at stake.

There’s no doubt that the LVCVA markets professional sports as part of its bid to bring people to Las Vegas, and it is bound to do more in the future with all the new things coming to town.

The LVCVA has a major role in sponsoring the National Finals Rodeo, which has transformed the so-so tourism month of December into something significant. It was the ramrod behind bringing a second NASCAR race to Las Vegas, starting next September.

But the emphasis on sports has also angered and energized some people. The LVCVA’s sponsorship with the Las Vegas 51s, which is helping build the new Las Vegas Ballpark in Summerlin, was met with heavy criticism with an $80 million investment to sponsor a team owned by the Howard Hughes Corp.

Next year, Lacer said the LVCVA might look at budgeting for a sports marketing reserve fund to finance bids for huge sporting events that will put thousands of heads in beds and bring millions of dollars to the community.

If a sports events reserve fund is established, it could be tapped to finance bids for events like the Super Bowl, the NCAA’s Final Four and the many tournaments within the FIFA soccer world, including the World Cup. That probably would be a partnership with the Raiders and the Stadium Authority.

Questions no doubt will be asked whether it’s wise to devote resources to sports marketing. Even some members of the LVCVA board, specifically Las Vegas Mayor Carolyn Goodman and Clark County Commissioner Lawrence Weekly, wondered aloud if it’s time to have another look at how room-tax funds are distributed and whether it’s time for a greater portion of those funds go to education programs.

It’s a debate for another day, but the policymakers are at least thinking about it.