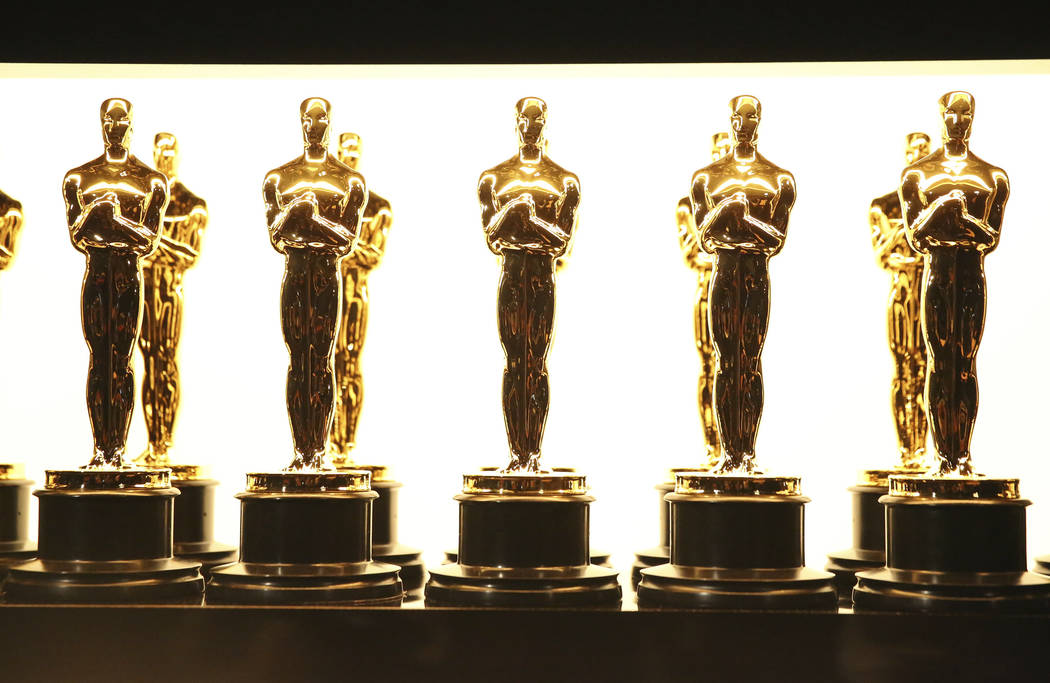 FILE - In this Feb. 26, 2017 file photo, Oscar statuettes appear backstage at the Oscars in Los Angeles. When the Academy of Motion Pictures Arts & Sciences announced changes to next year’s Oscars broadcast, including the controversial creation of a “popular film” category, it prompted a host of questions about what this means for the world’s biggest awards show. (Photo by Matt Sayles/Invision/AP, File)

Anybody out there have action on “Green Book” to win Best Picture in Sunday night’s 91st Academy Awards presentation?

If you live in Nevada, chances are you don’t — unless you illegally bet offshore. No Nevada casino has sought permission to take wagers in the Oscars, even though state regulations provide a pathway for it.

Meanwhile in New Jersey, where the state is giddily enjoying its new toy, legalized sports betting, 12 casinos are taking wagers on the Academy Awards slate of categories.

Whether Oscar betting is successful enough to become an annual New Jersey staple and whether Nevada sportsbooks would ever attempt taking those bets are open questions.

Most New Jersey Oscar betting is money-line action, meaning the casual bettor who never wagers on sports may need a little education before throwing their money down. It also isn’t helpful that in most categories there are overwhelming favorites to win.

The longest odds on the board in the six major categories was +12500 at William Hill and Hard Rock Atlantic City for Willem Dafoe to win Best Actor in “At Eternity’s Gate.” That’s $10 for a profit of $1,250.

It’s clear that the belief that the big favorites being destined to win will keep potential bettors away. Oscar betting could be more compelling if there were several films that struck a chord with movie-goers. And, Las Vegas’ proximity to Hollywood could also generate interest.

Former state Gaming Control Board Chairwoman Becky Harris explained that regulators opened the door to wagering on the Oscars and other award shows last year, but no sportsbook has stepped up to try it.

Under existing policy, a bookmaker would have to make a formal request of the board for consideration at least 30 days in advance of the event. That would give board investigators the opportunity to vet the entire process of how a winner is selected, how votes are tallied and where that information is stored.

Show producers don’t have to share that information with investigators, a potential roadblock to books if organizers don’t want the public betting on their awards.

“It’s a matter of who has access to the data and how that data is shared,” Harris said. “The applicant has to prove there’s integrity in the process because we must assure the public that an event is honest, fair and open.”

The 2017 fiasco involving “La La Land” producers being called to the stage for Best Picture only to find out that “Moonlight” was the actual winner didn’t do a lot for confidence in the process.

The books no doubt will be waiting to hear about New Jersey’s results to see if it’s something that should be tried in Nevada.