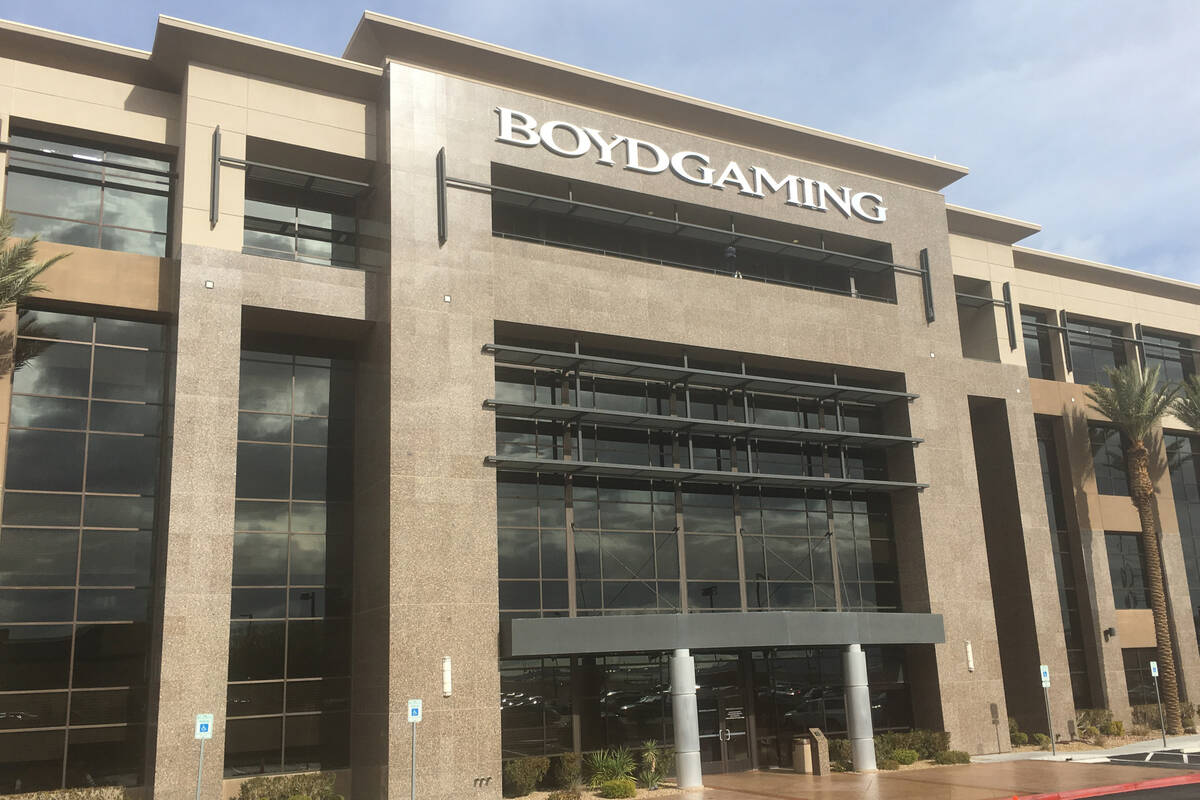 Boyd Gaming Corp.’s Fremont property in downtown Las Vegas is getting a $15 million makeover that will add casino space and a food court.

Boyd President and CEO Keith Smith said in an earnings call with investors Tuesday that the project, expected to be completed early next year, won’t cause any construction disruptions because most of the new space is being built outside the existing building and incorporated into the property.

“Actual construction of the new food outlets, the food hall, is happening where the buffet used to be and on a piece of land that was vacant right behind the building that is being incorporated in,” Smith said. “Up until recently when we hung some steel, people didn’t even know there was construction going on at the property, so it really is to a large extent seamless as we build out that food facility and that’s a real benefit.”

He also shared plans for the property’s casino space. The 65-year-old Fremont, which has 447 hotel rooms, has a 32,000-square-foot casino — small by Las Vegas standards.

“Expanding our gaming floor will help us better leverage our location in the busy Fremont Street Experience, especially during weekends,” he said. “Once complete early next year, we’re confident these enhancements to the Fremont will drive further growth in our downtown segment.”

Smith gave no indication how much new casino space would be added.

The company is converting its Treasure Chest Casino in Kenner, Louisiana, from a riverboat property to a land-based operation.

The company is investing $65 million on that project and, like the Fremont expansion, there won’t be disruption during construction because it’s being built in a separate location. It’s due for completion in late 2023.

In addition, Boyd will manage the Sky River Casino for the Wilton Rancheria Tribe in Elk Grove, California, about 15 miles from Sacramento. The property is scheduled to open in the fall. Boyd expects to be reimbursed for $75 million in development advances on the Sky River project, plus interest, or about $105 million from cash flow in the first year of operation. In addition, Boyd is under contract to receive a management fee of about 25 percent of pretax revenue.

Smith and Josh Hirsberg, executive vice president and chief financial officer, told investors visitation and revenue were slowed in January by fears associated with the omicron variant of COVID-19, but business picked up up in February and March with executives attributing the surge to “a consistent customer base.”

The executives said they have not seen any effect from higher fuel prices, but the company also isn’t supplementing any charter flights from Hawaii, one of its strongest customer bases.

“In the first quarter of 2022, our disciplined approach to managing the business and strategic focus on our core customer once again produced exceptional results,” Smith said in a release. “During the quarter, strong performance from our core customers and sustained efficiencies in our marketing and operations contributed to record revenue, cash flow and margin performances on a companywide basis.”

The company also reinstated its quarterly cash dividend to 15 cents a share — more than double the amount it gave back to shareholders when the company suspended dividends as a result of the COVID-19 pandemic in March 2020.

As part of an ongoing share repurchase program, Boyd repurchased about $132 million in stock during the first quarter of 2022. As of March 31, the company had $149 million remaining under current repurchase authorizations. The company expects to return an estimated $500 million to shareholders in dividends and share buybacks this year.

“Additionally, we took an important step in advancing our online gaming strategy with our agreement in March to acquire Pala Interactive, which will provide us the technology and expertise to build a leading regional online casino gaming operation,” Smith said.

The Pala deal, worth $170 million, is expected to close next year.

Smith also said the company has begun efforts to assure that a minimum hourly wage of $15 be paid to employees by next year.

Net income was up 59.4 percent from the previous year and revenue climbed 14.3 percent.