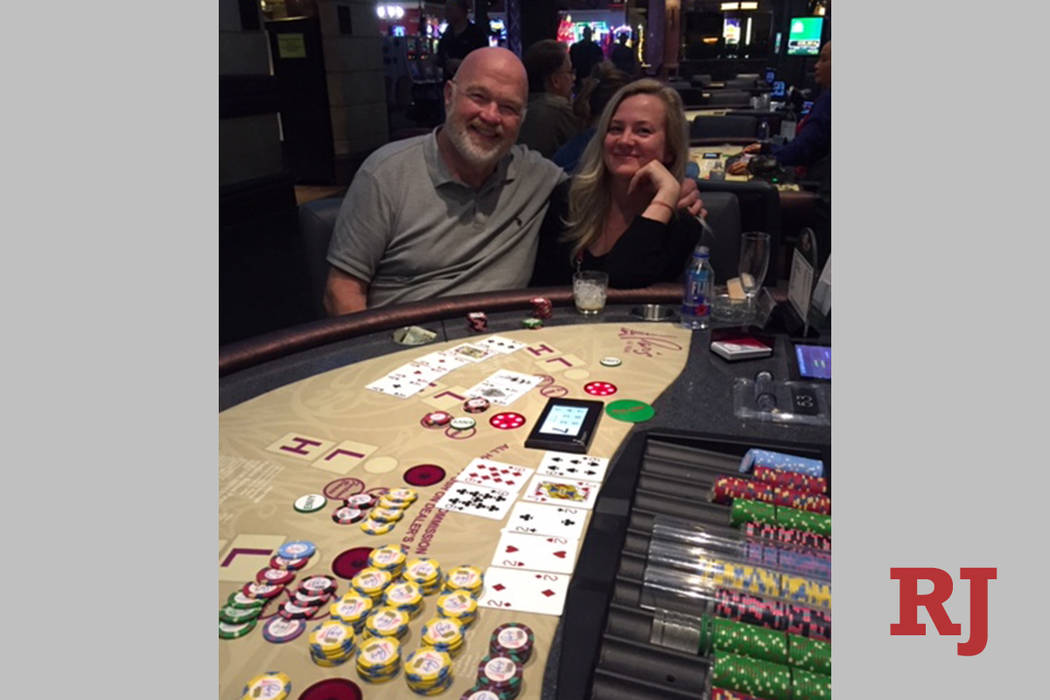 Most people would be ecstatic over winning more than $160,000 on a single hand.

Michael Barrows of California thought of the consequences.

“Winning this is going to cost me a million because I’m going to have to buy a house for my wife!” he said, jokingly, with wife Elena at his side after pulling five aces Wednesday at Paris Las Vegas to win a Face Up Pai Gow progressive jackpot of $161,890.21.

In pai gow, the joker can be used as an ace or to complete a straight or flush.

Around the Las Vegas Valley

At Eastside Cannery on Friday, a guest won $13,102 on a Lightning Link machine.

⚡ Lighting struck at the Eastside Cannery when this lucky guest hit a $13,102 jackpot on this Lightning Link machine! Way to go! ⚡ pic.twitter.com/GSkgMRtVtB

At the California Hotel, a Double Double Bonus Poker player hit a royal flush on a progressive jackpot machine for $6,543.

A royal flush full of diamonds and a payout of $6,543 at the Cal! #TheCalCasino #BConnectedWinners pic.twitter.com/P0rSBuh6x5