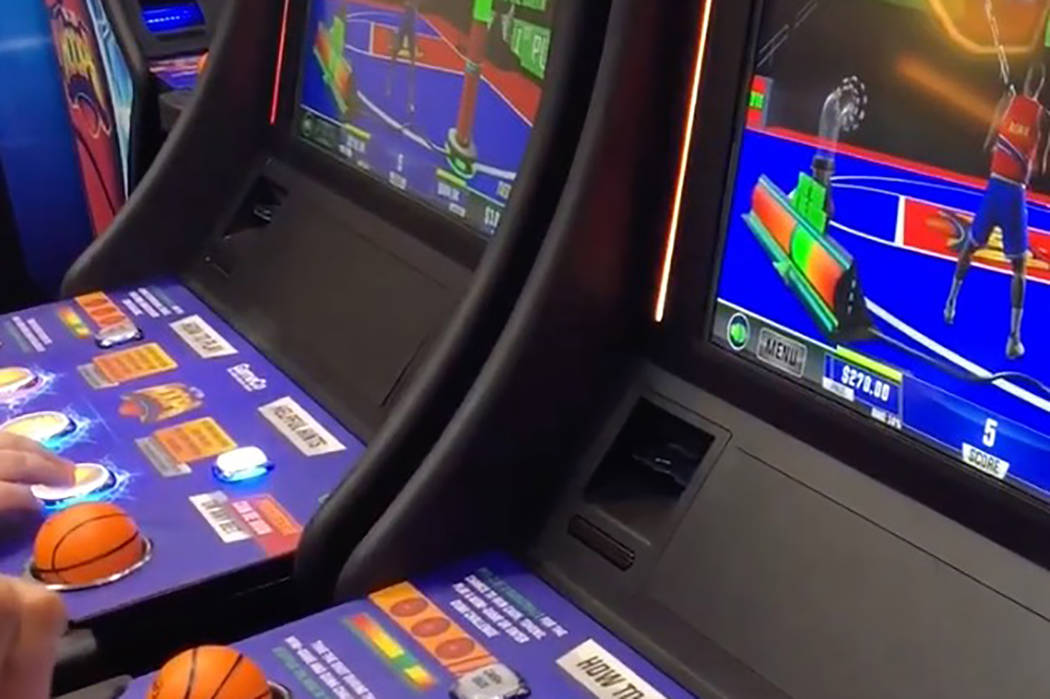 GameCo's All Star Hoops game on the floor at the 2019 Global Gaming Expo at the Sands Expo and Convention Center in Las Vegas Wednesday, Oct. 16, 2019. (Bailey Schulz / Las Vegas Review-Journal) 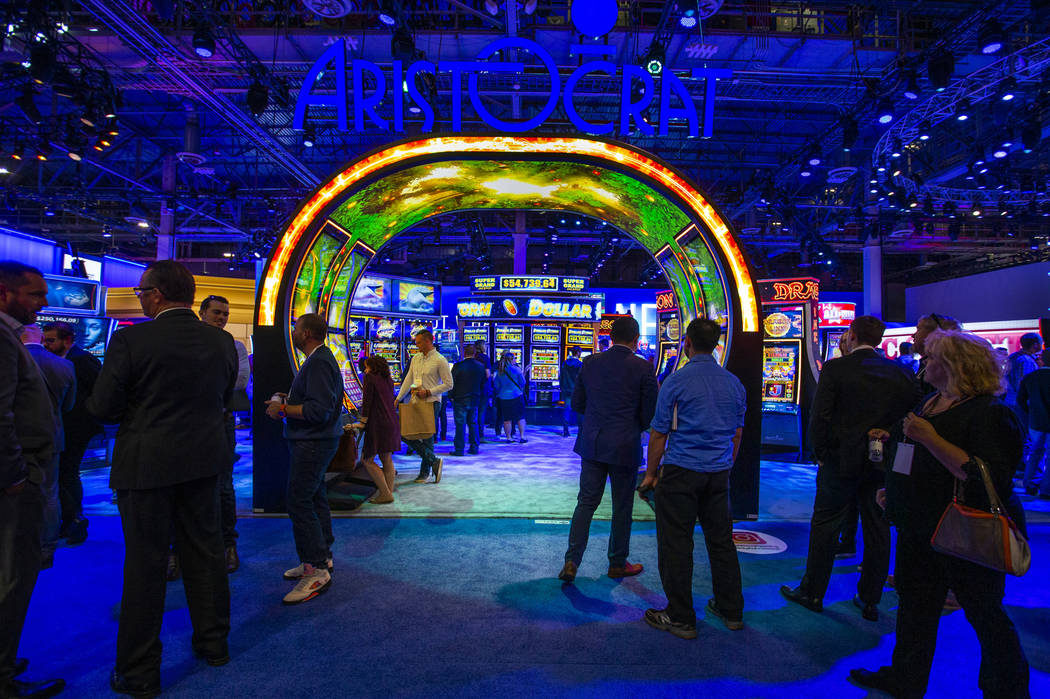 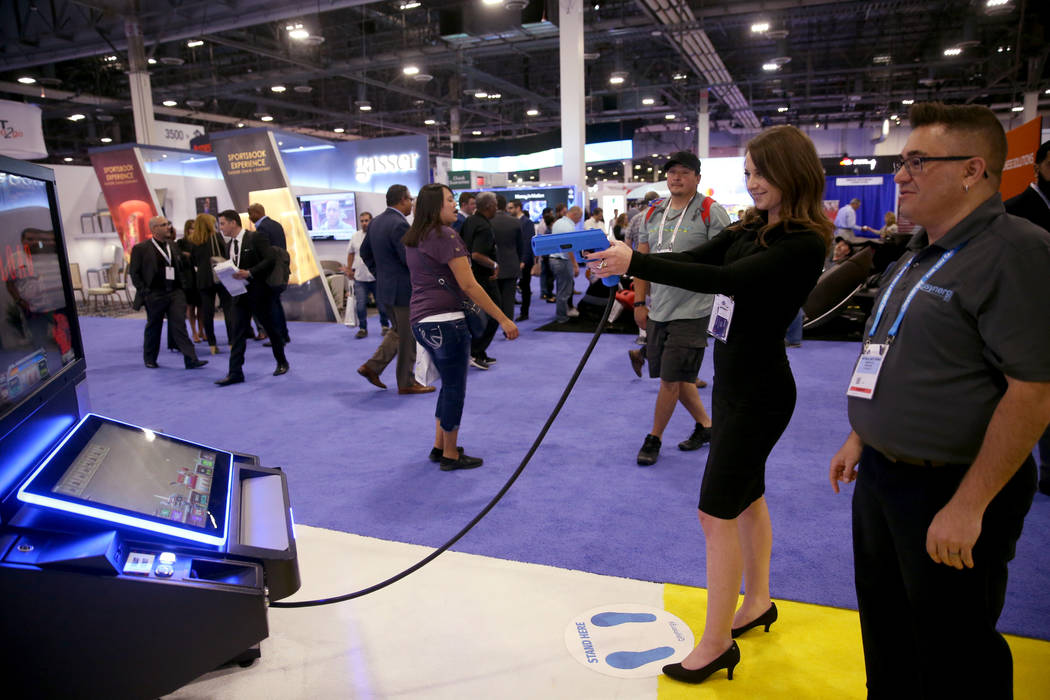 The 2019 Global Gaming Expo brought together more than 27,000 attendees to the Sands Convention and Expo, each looking to see first-hand some of the latest technology in the gaming industry.

From new multiplayer slot games to creative displays, here are three attention-grabbing pieces of technology from the convention.

One common theme on this year’s show floor was a push to include more social interactions within games.

While a previous version of the game is already available in Las Vegas at The Linq Hotel, MGM Grand and Park MGM, a challenge mode is set to be released in the near future.

The basketball-inspired game features a new tournament mode, a bracket-style challenge that allows up to 32 players to compete head-to-head.

“There is real money on the line and people get competitive,” said Crystal Castillo, senior marketing manager at GameCo.

It was hard to miss Aristocrat’s booth at G2E.

Stationed in the front was a neon arc that that branched out from four slot machines.

The display is a prototype, according to Roberto Coppola, vice president of corporate innovation at Aristocrat Technologies. There are no plans for it to hit the market yet, but that may change after G2E.

We wanted “to get that feedback from customers, and so far it’s been off the charts,” Coppola said.

The next step for the Aristocrat team, Coppola said, is to design bespoke content for the display.

Coppola said the arch had been gathering a large amount of attention from those passing by, but it almost didn’t come to fruition. The prototype — called the canopy arc as a working title — was created as part of the company’s ThinkBIGGER program, which has employees pitch ideas to a panel. After the idea was turned down multiple times, if finally got the go-ahead and was shipped in from Australia just last week.

Skill-based game manufacturer Synergy Blue is all about bringing in arcade-style games to the casino floor, right down to the controls.

The company showed off its Lucked and Loaded game at this year’s G2E, a machine set to be released in Nevada soon that lets players shoot at Martian outlaws with a bright blue plastic handgun.

And one of their new titles, Joyride Jackpot, seats players at the steering wheel of a virtual car.

“There’s definitely a niche for skill-based games,” she said.