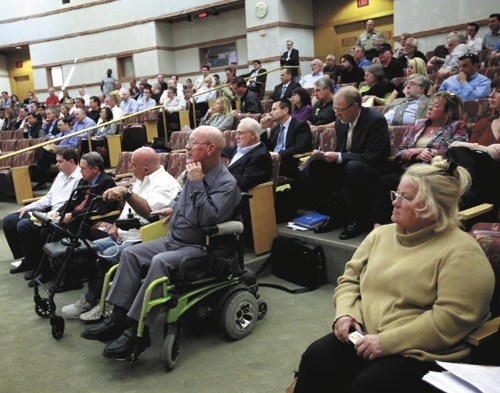 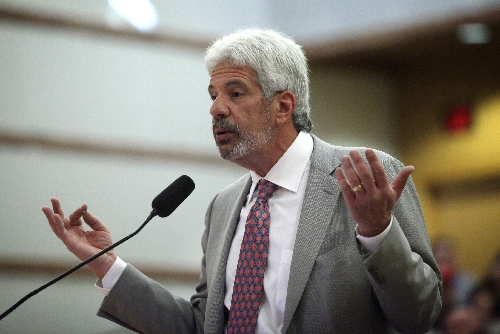 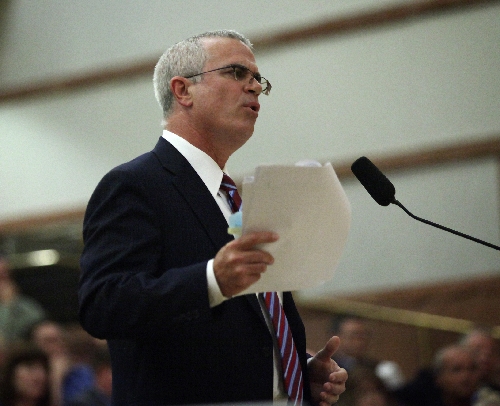 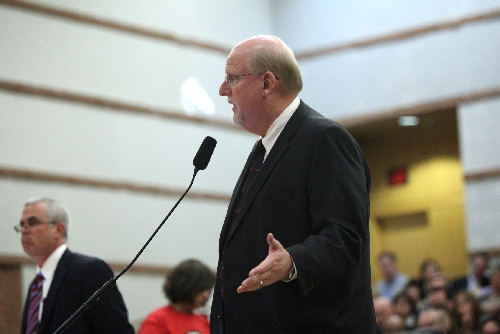 Clark County commissioners on Tuesday effectively put an end to the business model used by the Dotty’s Gaming & Spirits operation, agreeing to changes in an ordinance that governs the operation of slot machines inside taverns.

Dotty’s attorney Chris Kaempfer said after the hearing he expects the company will file a lawsuit in an attempt to overturn the changes.

Under the ordinance, all new taverns must have 2,500 square feet of public space, an operating kitchen open at least 12 hours a day, be 2,000 feet away from another tavern and have a bar with eight slot machines. State gaming laws allow taverns and other restricted locations to have up to 15 slot machines.

The ordinance also requires that existing taverns must add bars with eight embedded slot machines. They were given two years to comply. Dotty’s will be included in the two-year rule and will have to conform. Commissioners changed Sisolak’s original motion to include a clause that exempts taverns operating in the same location for at least 20 years from the bar top slot machine requirement. Because Dotty’s has only been in operation since 1995, that exemption does not apply to the company’s locations.

"This (ordinance) will do what those who have not liked Dotty’s have wanted to do," said Dotty’s attorney Mark Ferrario. "If this ordinance is approved, there will be no more Dotty’s from this point forward."

Dotty’s does not have operating kitchens so smoking is allowed. Dotty’s offers customers prepackaged food and minimal beverage options from a service counter, and the slot machines are all slant-top machines with individual chairs.

Dotty’s critics also believe the business may be skirting state law because the company’s gaming revenues are not incidental to the primary business.

"We’ve been talking about this all day long and clearly this needs to be in the hands of the Gaming Control Board," said commissioner Lawrence Weekly.

"That’s not what our customers want," Ferrario said.

Commissioners Chris Guinchigliani and Tom Collins voted against the ordinance changes because they believed it was unfair to existing business owners.

But Nevada Resort Association lobbyist Billy Vassiliadis said only a handful of Clark County’s more than 1,370 taverns would not be in compliance with the ordinance changes.

As of last week, many tavern operators and the tavern association, which has more than 100 members, opposed any changes to the ordinance.

In a compromise reached shortly before the hearing, however, Vassiliadis said the association, tavern operator Golden Gaming, and slot machine route operators Herbst Gaming and United Coin Machines agreed to the new language.

About 50 representatives of Culinary Local 226, including union secretary treasurer D Taylor, attended the hearing in support of the Resort Association and the ordinance.

Kaempfer said Dotty’s was never approached to discuss a compromise.

Several smaller tavern operators spoke out against the changes.

Attorney John O’Reilly, who represented the owner of Jackpot Joannie’s, which is a copy of the Dotty’s business model, told the commission the ordinance changes "would be devastating to his business."

However, McMullan’s Irish Pub owner Brian McMullan, who was not part of the compromise agreement, said he supported the ordinance changes.

Dotty’s, he said, has a business model that wasn’t fair to other tavern operators.

"I want to clarify and level the playing field," McMullan said. "The Dotty’s model was invest less for more profit. Dotty’s did it, but I don’t think it’s right."