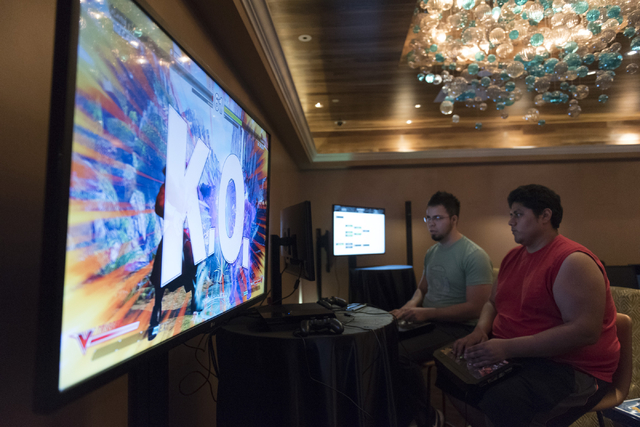 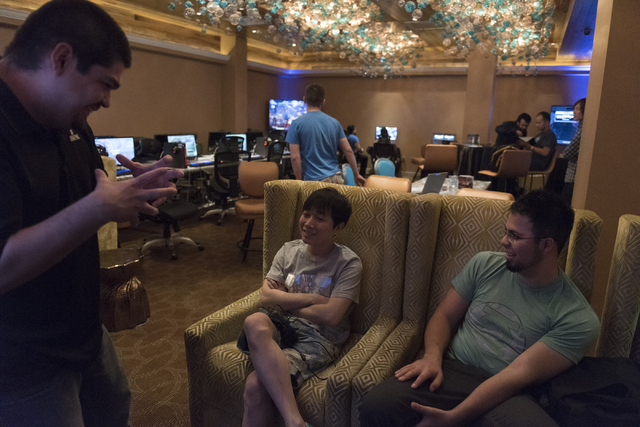 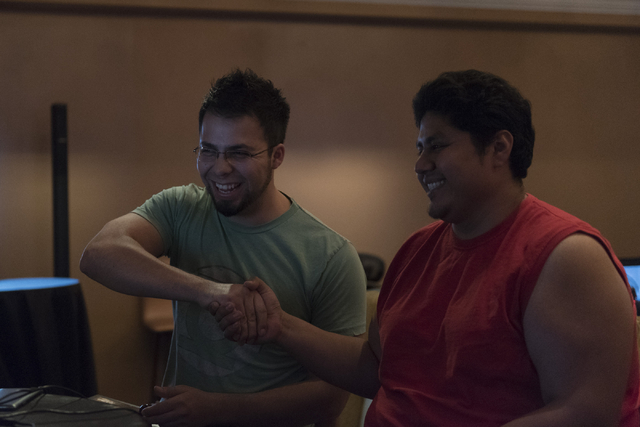 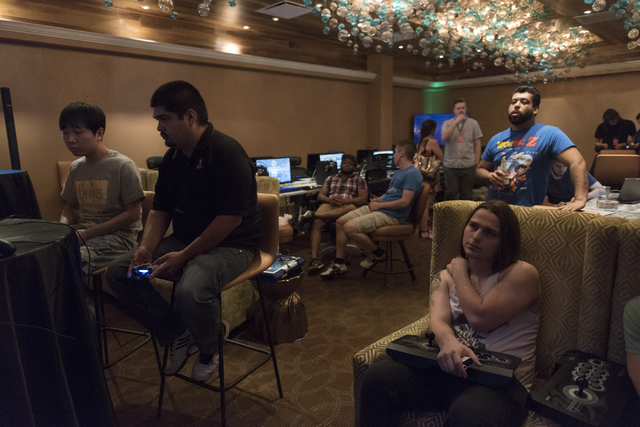 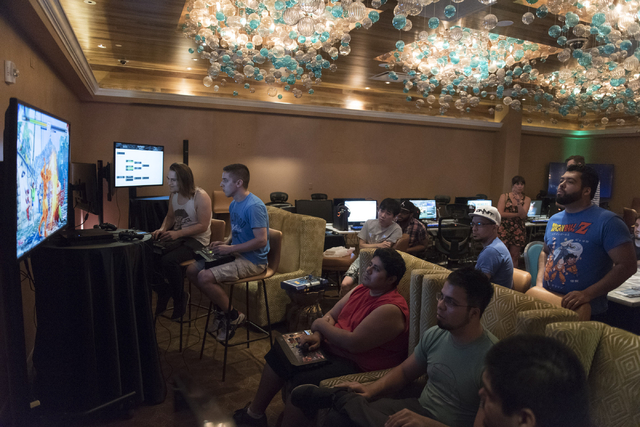 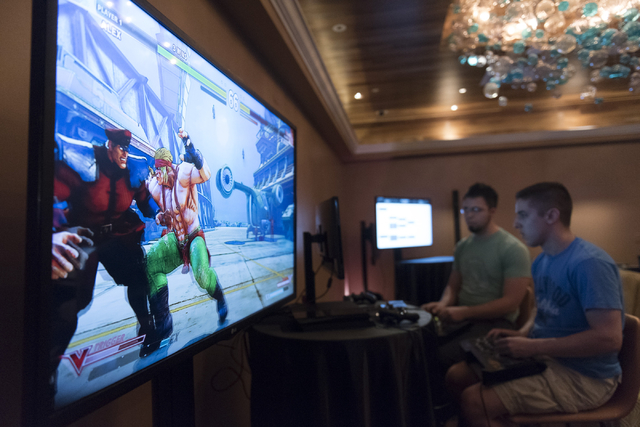 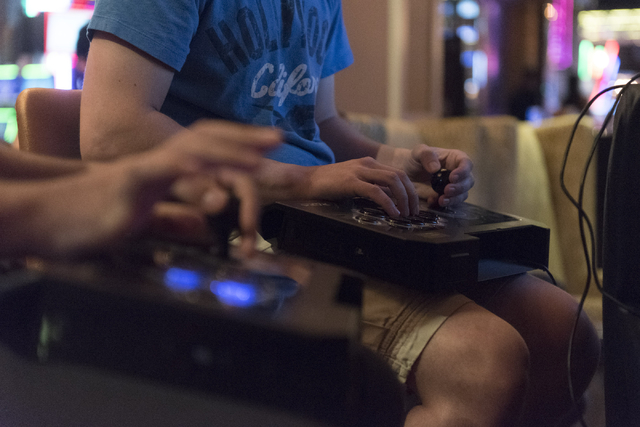 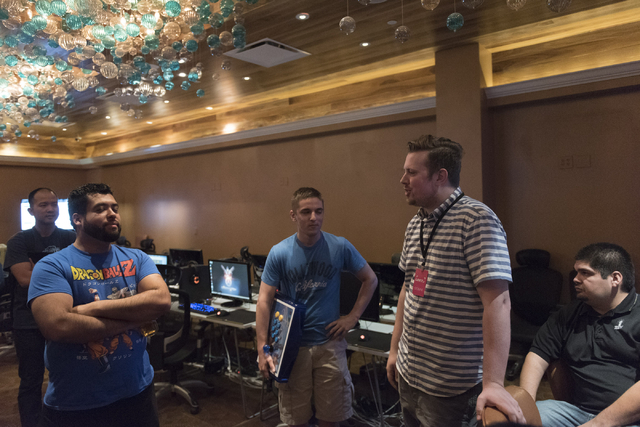 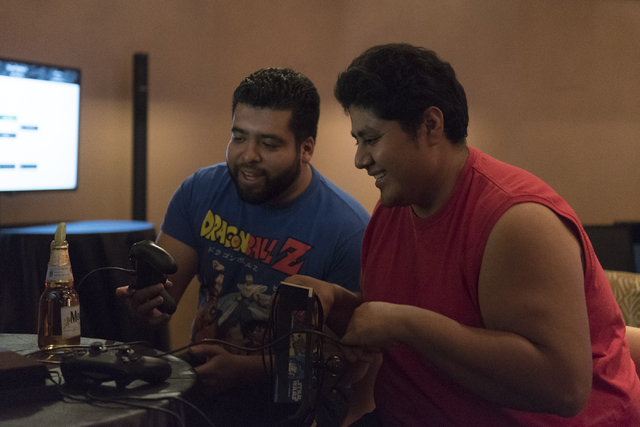 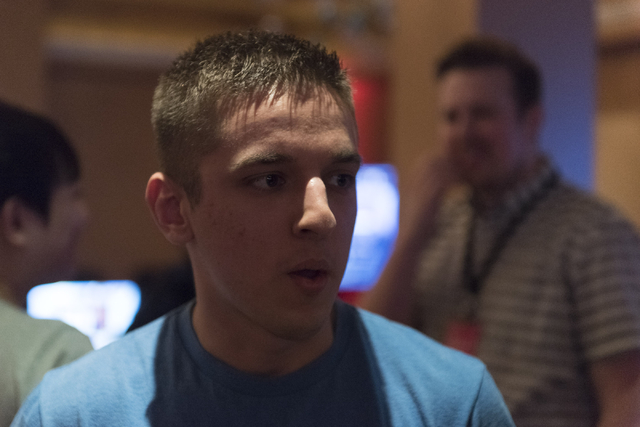 Steven Links speaks with a reporter prior to competing in the Street Fighter V tournament at the Downtown Underground e-sports lounge at Downtown Grand hotel-casino in Las Vegas on Friday, June 3, 2016. Jason Ogulnik/Las Vegas Review-Journal 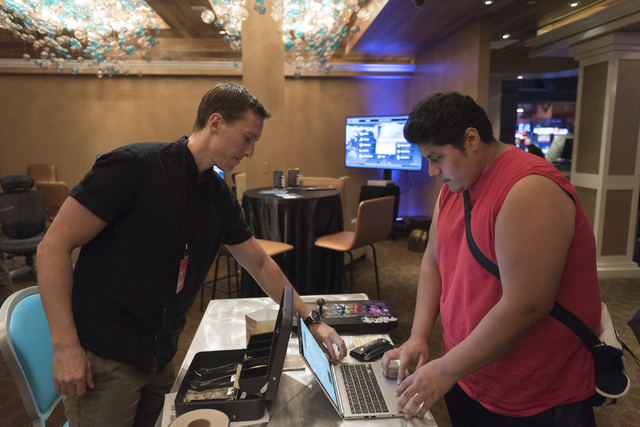 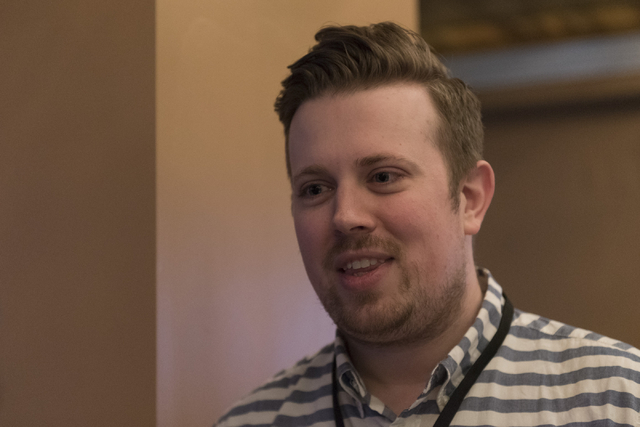 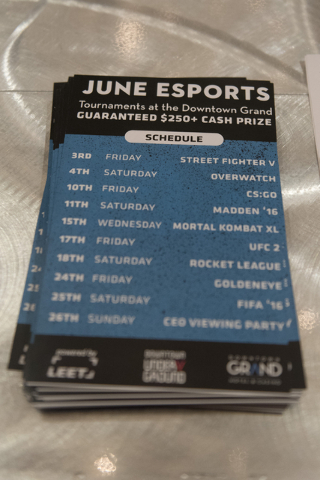 On a recent Friday night, Isaac Perez walked out of the Downtown Grand casino $250 richer.

But it wasn’t because he wagered his money at a slot machine or tried his hand at blackjack.

“We are at the convergence of eSports and gaming,” said Carson Knuth, co-founder of LEET, a startup that has been operating esports tournaments at the Downtown Grand since January. “Our whole vision is that the 21st or 22nd casino floor would be video games and gambling.”

The Downtown Grand debuted its eSports lounge, which is across from blackjack tables on the casino floor, in January. Since opening, the lounge has been open twice weekly, with plans to expand to three nights a week in July, four in August, and eventually, six or seven days a week.

Renovations are planned, including custom arcade cabinets, at least 12 gaming pods with a PlayStation, an Xbox and a computer, and a custom menu of foods on skewers, so players can avoid “sticky fingers.”

“We’re incredibly committed to the space,” Fifth Street Gaming CEO Seth Schorr said. “We’re investing a lot of money into the space, both from an infrastructure standpoint but also resources — partnering with local companies, hiring our internal staff, it’s a huge commitment. We see that this is going to be a major part of the Las Vegas experience.”

“We always have close matches,” Perez, 31, of Las Vegas said.

Linakis said it wasn’t an easy loss to take. In heat four of the tournament, he beat Perez, who was then moved into the loser’s bracket. Perez topped Yong Shin and faced Linakis again in the finals.

“It’s a game, it’s like a sport,” Linakis said. “It’s easy to get competitive with it.”

“Street Fighter V” is Linakis’ game of choice. He started playing it about three years ago and has tried to perfect his craft. He recently placed 17th out of about 500 competitors at the Combo Breaker tournament — a competitive fighting game event in Illinois.

“It’s the only game I play,” he said. “When you take them to a high level, a professional level, they’re kind of hard to do multiple things. It’s kind of like trying to be an NFL player as well as an NBA player. It’s a one or none kind of thing.”

Not only does Linakis play the game, but he watches other people play.

“I watch other professional players from other places play so I can learn new things and see high-level playing that I can adapt to and learn,” he said.

“I kind of want to watch it to see who wins, how people play, the moves I can learn, what characters people like,” he said.

Sarmiento and Linakis agree that although esports brings out players’ competitiveness, they also engender community spirit.

A tournament featuring the game “Overwatch” — a multiplayer, first-person shooter game — attracted about 70 participants to the Downtown Grand and 30 people who came to simply watch the evening unfold.

“eSports is becoming a spectator sport, that’s the crazy thing about it,” Knuth said.

He said Twitch.tv, a live, video-game streaming site, which Amazon bought for $1 billion and which attracts more than 100 million viewers a month, validates his observation.

“The ability to have people control that, it’s absolutely wild,” Knuth said. “One person is able to play at home, doing their thing, and control 150,000 people viewing them. It changes the paradigm essentially of what we assume sports are. It would be like Michael Jordan playing a personal game of one-on-one for you.”

Although he sees millennials at the blackjack tables in the pit, Schorr said the group gives slot machines little love. He believes the machines will become more skill-based in the future.

“They really want to be rewarded on their skill, and they want transparency,” he said.

Schorr said although some of the latest slot machines have gotten bigger and more impressive, they’re confusing, leaving millennials wondering about what is creating the outcome of their wager.

“The millennial, generally, is offended by that,” Schorr said. “They really want to know that they can get better at something — that they can improve and that they get more based on their skill level.”

“I hate slots,” he said. “Sometimes they’ll pay out, but overall, they’re just going to take your money. At least here, if you’re actually good at playing a game, you can enter a competition and make good money.”

The Downtown Grand’s plans to have eSports wagering. This year, the casino’s sports book will starts taking bets on major professional eSports tournaments.

They are also working with the Gaming Control Board to create a “poker-style model” for eSports. Today, the property has a fixed entry free and a fixed prize.

“The way that we see this going is a model where you can bet as you play, as opposed to betting once and entering a contest,” he said.

The company is working on its eSports plans patiently, aiming to execute them properly.

“With this audience, everything has be to done well, and authentically,” Schorr said. “If we don’t have the right oversight, the right program, it’s not worth doing. We want to exceed everyone’s expectations.”