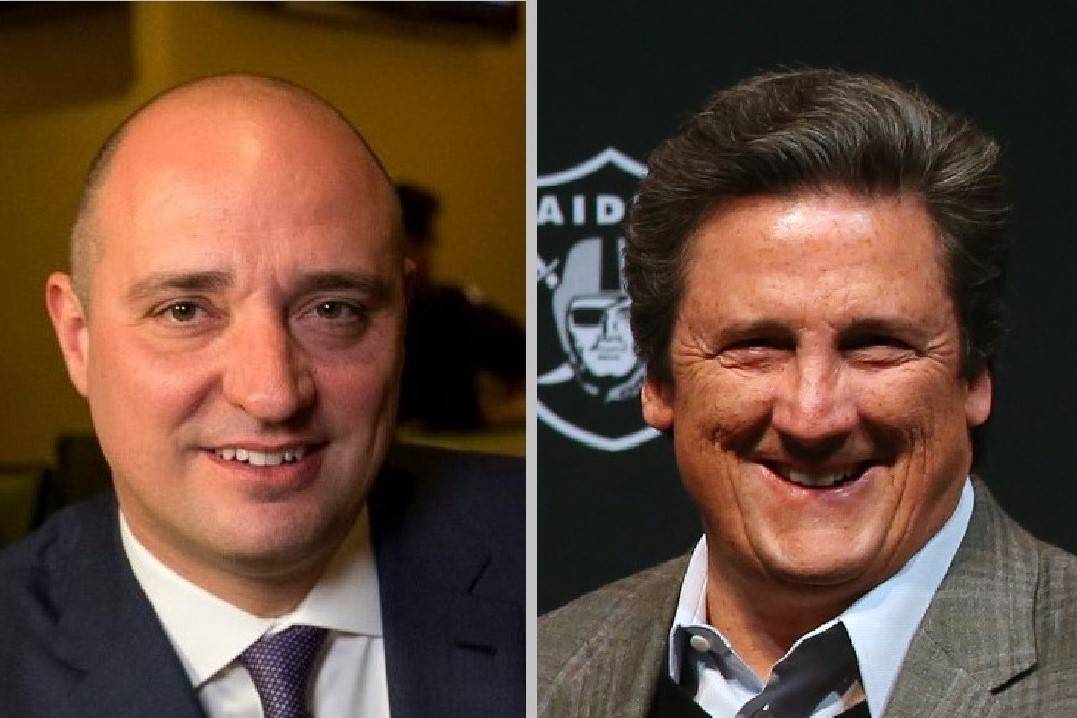 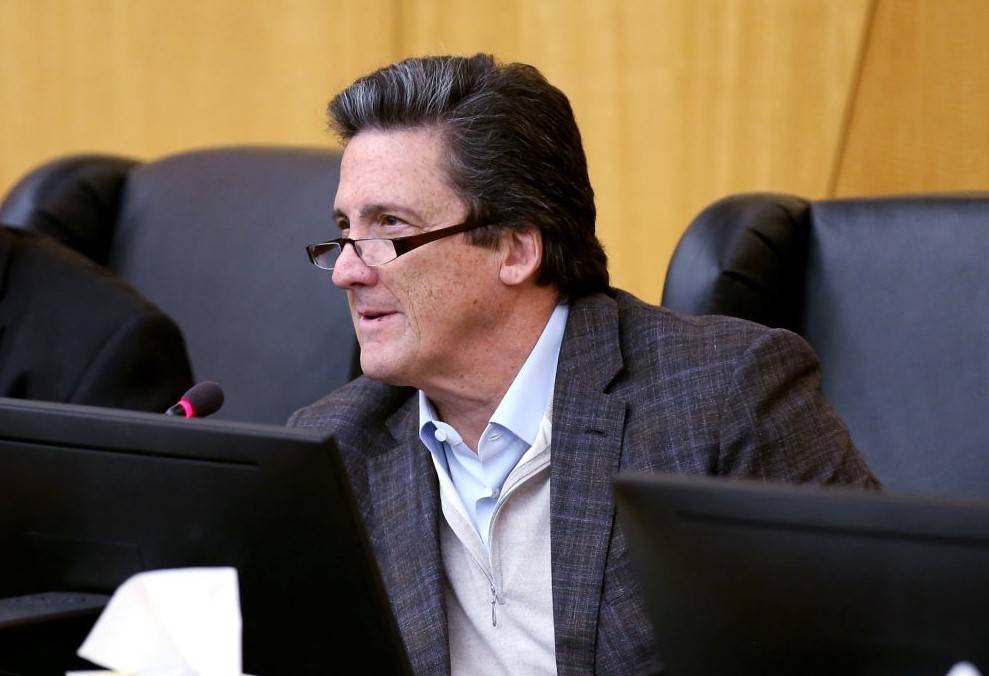 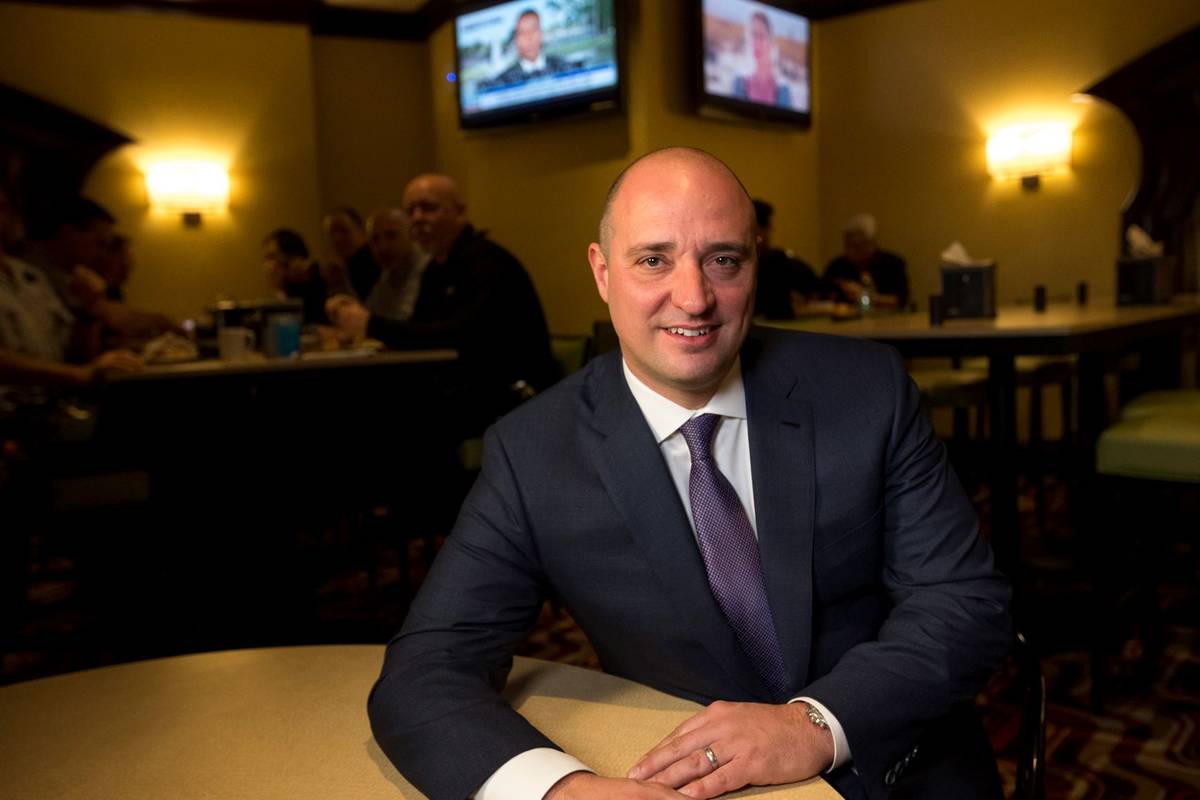 This past spring, as casino shutdowns prompted layoffs affecting thousands of Las Vegas casino employees, a number of Las Vegas-based casino company CEOs said they would voluntarily reduce or forgo their salaries to help their companies through challenging times.

Some executives completely forfeited their base salaries, while others — including MGM Resorts CEO Bill Hornbuckle and Wynn Resorts Ltd. CEO Matt Maddox — traded them in for company stock. Now that the stock market has rallied, the two CEOs are poised to earn far more than what their original base salaries would have granted.

“They could benefit from the arrangement,” said Robin Ferracone, CEO of Farient Advisors, an independent corporate governance and executive compensation consultancy.

The value of these stocks may change before the two can cash in. Both agreements say the CEOs shares will be paid in full on Dec. 31; a dip in the company’s share prices would cause their earnings to dip as well.

American CEOs trading in salaries for stock is a “COVID phenomenon,” according to Charles Elson, a finance professor at the University of Delaware.

That gamble seems to be paying off for the two Las Vegas-based CEOs.

On March 30, shortly after he was appointed acting CEO of MGM, Hornbuckle agreed to trade in the remainder of his $1.1 million annual salary for $700,000 worth of restricted stock units. Those same units are now worth more than $1.9 million, based on Friday closing prices on the New York Stock Exchange.

After Hornbuckle was officially named CEO in July, MGM agreed to raise his annual base salary to $1.5 million, starting in 2021. The following month, MGM Resorts permanently laid off 18,000 of its nearly 63,000 furloughed U.S. employees. It’s unclear how many affected workers were based in Nevada.

The exchange took place when there was “no clear plan for reopening,” Driehorst said. “This action helped the company to conserve cash and operate with greater resiliency during a time of unprecedented uncertainty.”

MGM ended the third quarter with $4.6 billion in cash and cash equivalents. Nationally, the company has brought back approximately 29,000 employees as of October, about 41 percent of the total number of people it had employed a year ago.

On March 23, Wynn Resorts Ltd. CEO Matt Maddox traded in the remainder of his $2 million base salary for common stock in Wynn. While originally worth $1.8 million, the 32,071 shares he was awarded are worth more than $3.7 million, based on Friday’s closing price on the Nasdaq.

Wynn spokesman Michael Weaver said Maddox decided to forgo his remaining 2020 cash salary for stock after “recognizing the company’s critical cash flow need during the height of the pandemic closure.”

Maddox’s decision to receive his salary as company stock was “essentially taking a bet on the company’s future,” he said.

Weaver also noted that Maddox asked Wynn’s board of directors to allow him to reallocate 140,000 shares previously granted to him to the Wynn Las Vegas and Encore Boston Harbor management teams that worked on the resorts’ COVID-prevention plan.

Even if Maddox and Hornbuckle’s income sees a surge from their stocks, the two could see a dip in total compensation compared with 2019 levels.

Jim Murren, who was CEO of MGM before passing the torch to Hornbuckle earlier this year, had $2 million of his $13.1 million 2019 compensation come from his base salary.

Ferracone said total compensation could end up being lower than 2019 levels because of poor performance among casinos caused by the pandemic and casino shutdowns.

“I would guess their bonuses and the value of their long-term incentives are going to be down,” she said.

‘They always come out ahead’

In March, gaming stocks were trading at 52-week lows. Ferracone said companies may have viewed trading in their CEO’s salaries for shares as a way to preserve cash, as MGM and Wynn did.

“It puts the executive more on a long-term performance alignment path with the company, rather than fixed salary now,” she said.

Elson said the trade-off can be an added incentive for CEOs to revitalize their companies’ performance.

“If he does a good job, then everyone is benefiting,” he said. “If he doesn’t navigate this appropriately, he loses along with everyone else. … If you do a decent job, it’ll be reflected in the stock price.”

Rob Adelson, a Boston-based executive employment attorney, said CEOs giving up cash for RSUs is “generally a good long-term move” and shows the executives believe in the long-term prospects of the company.

“(It shows employees), not only am I taking a hit for the company, but I am showing my belief, and I believe in this company’s long-term success,” he said. “I’m putting my money where my mouth is.”

One MGM employee, who was granted anonymity to protect her job, said she remembers hearing about Hornbuckle reducing his salary back in March. She said knowing how much company executives were still earning in the midst of a pandemic came at no surprise.

“They always come out ahead,” she said. “(Meanwhile), we’re trying to make our ends meet to pay monthly bills. … The pressure is on us.”

“It really, in my view, wasn’t much of a give-up,” she said. “It’s different from what other companies did.”

CEO compensation among the ‘big six’

Of the six largest Nevada-based casino operating companies, only the heads of Wynn and MGM traded in their salaries for company stock.

In April, Red Rock Resort Chairman and CEO Frank Fertitta III and Vice Chairman Lorenzo Fertitta said they would forego their entire salaries for the duration of the COVID-19 crisis. A spokesperson for the company declined to comment, but there are no filings with the SEC that show the Fertittas exchanged their salaries for shares of the company.

An April statement from Boyd said company executives will take “significant salary reductions,” but a spokesperson did not respond to a request for comment asking whose salaries were reduced and to what degree.

Meanwhile, SEC filings from Caesars in July showed five executives had been approved pay raises, with CEO Tom Reeg’s salary jumping from $1.6 million to $2 million. Spokespeople for the Reno-based company did not return a request for comment.

A Las Vegas Sands Corp. spokesman declined to provide comment for this story.