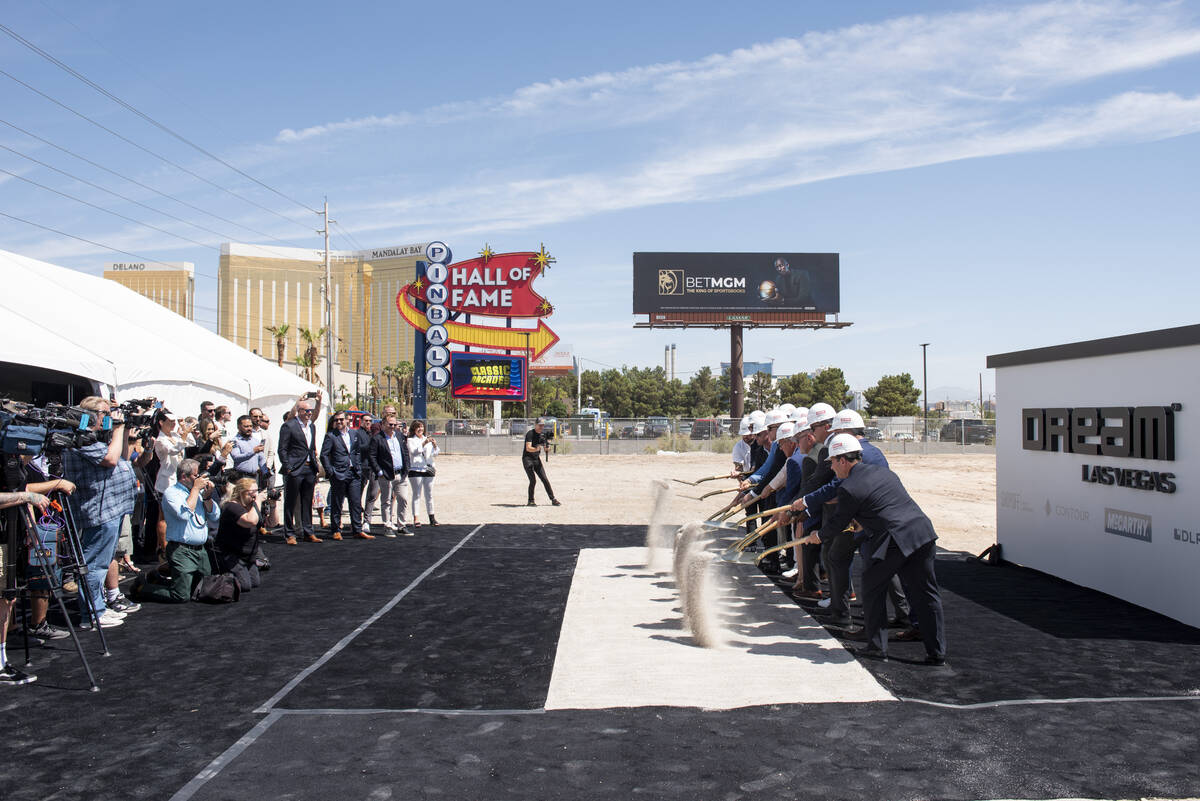 Project partners and guests pose for a photo during the groundbreaking for the Dream Las Vegas hotel-casino on Friday, July 8, 2022, in Las Vegas. (Steel Brooks/Las Vegas Review-Journal) 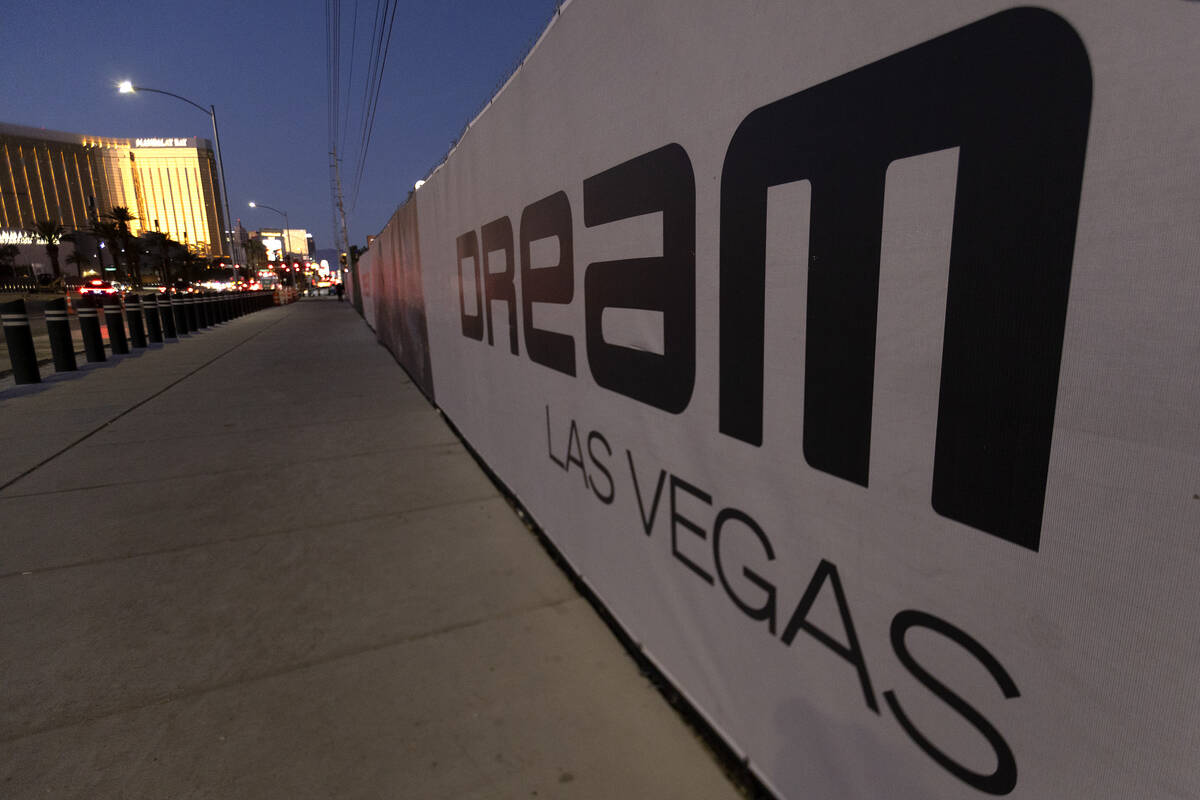 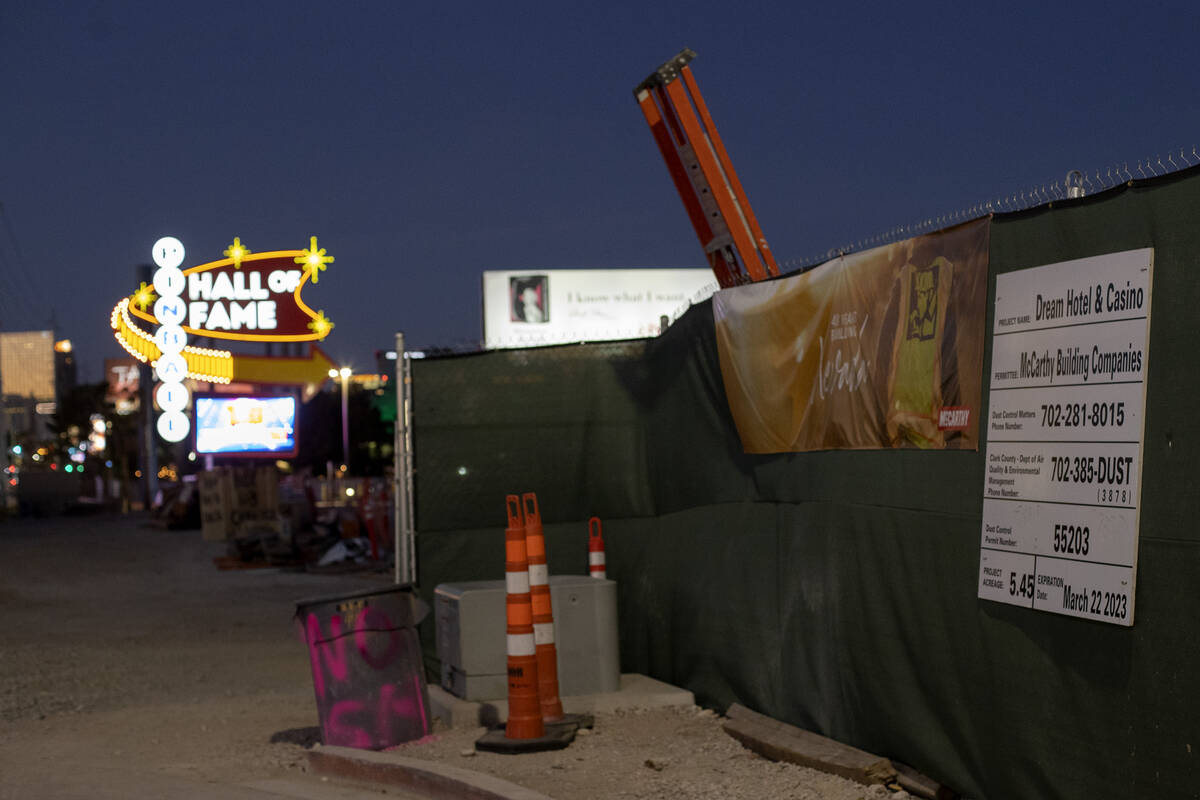 Hyatt Hotels Corp. announced Tuesday that it reached a deal to acquire Dream Hotel Group. The buyer is slated to pay a base price of $125 million, with up to an additional $175 million over the next six years “as properties come into the pipeline and open,” according to a news release.

The acquisition includes 12 managed or franchised hotels with another 24 management agreements for hotels that haven’t opened yet, the release said.

Dream Las Vegas, on Las Vegas Boulevard just south of Russell Road, is being developed by Southern California firms Shopoff Realty Investments and Contour. The 531-room resort is expected to open in the first quarter of 2025.

Shopoff Realty President and CEO Bill Shopoff told the Review-Journal on Tuesday there are no changes to the project’s name, timing or programming as a result of the Hyatt deal.

“We think this is a huge positive for the project given the depth of the Hyatt reservation system,” Shopoff said, adding his team gets the “combined benefit” of Dream’s creativity and Hyatt’s scale.

Dream, which broke ground this summer, is slated to offer a smaller, boutique-style experience in a corridor dominated by massive hotel-casinos with thousands of rooms apiece.

The project has also faced a number of hurdles in its short history.

Its developers unveiled plans for the resort in February 2020, just one month before the coronavirus outbreak upended daily life in Southern Nevada and temporarily turned the Strip into a ghost town of shuttered resorts.

They later made a series of design changes after facing such concerns as possible illegal drone flying and bombs hidden in garbage trucks, due to Dream’s location next to Las Vegas’ airport.

And, court records show, they discovered the pinball arcade next door was a little too close.

The Pinball Hall of Fame, which opened in a newly built facility on Las Vegas Boulevard in spring 2021, encroached by “at least eight feet” on Dream’s property, according to a lawsuit the hotel developers filed last fall in Clark County District Court.

The complaint called the encroachment an “unlawful occupation” of Dream’s property and said it prevented a drainage outlet, “as originally designed and engineered, from being constructed.”

A “likely” surveying error by a contractor indicated the arcade “owned more property than it initially purchased,” Pinball’s attorneys wrote in a filing in the now-settled case.

Both sides told the Review-Journal this summer that the property line issue was settled and there were no hard feelings, with Shopoff describing the arcade’s operators as “innocent bystanders.”

Shopoff said the encroachment would not impact Dream’s hotel tower, as it was discovered early enough to make adjustments before construction of the project started.

As part of the settlement, he said the developers conveyed a small amount of land and received money from the surveyor. He declined to disclose the amount of the payment.