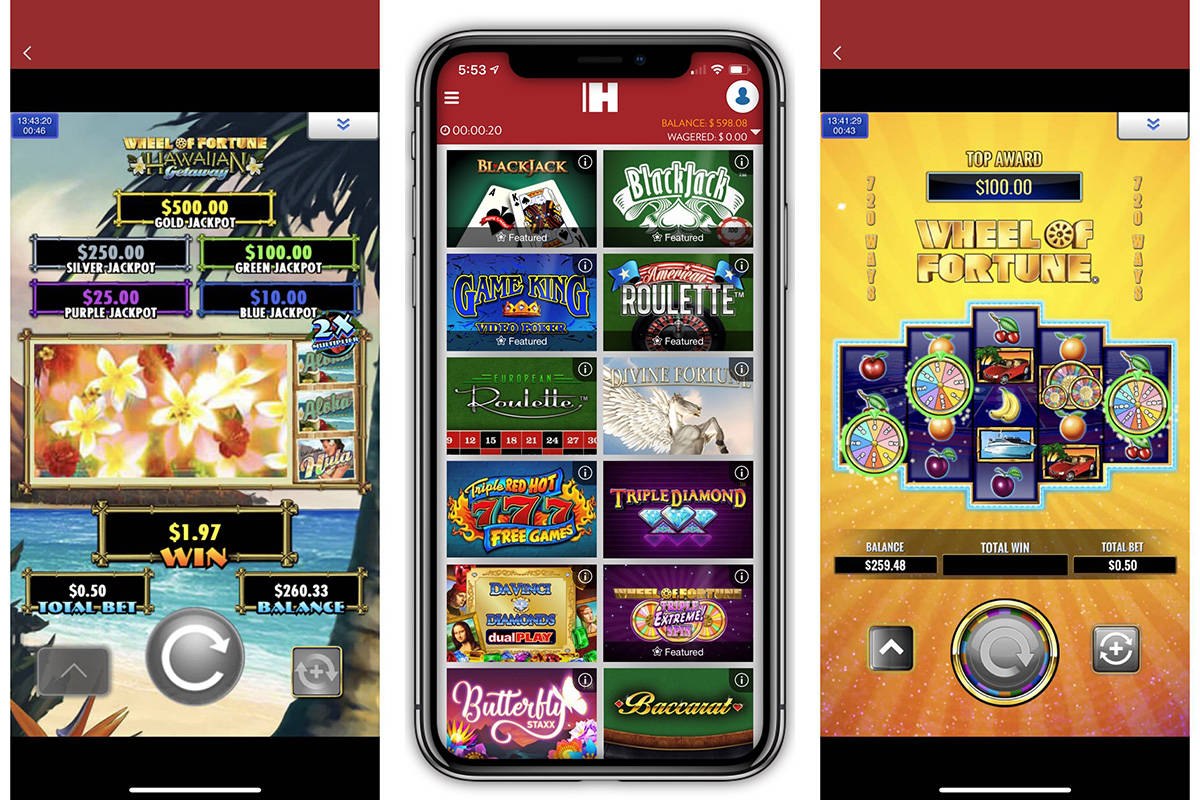 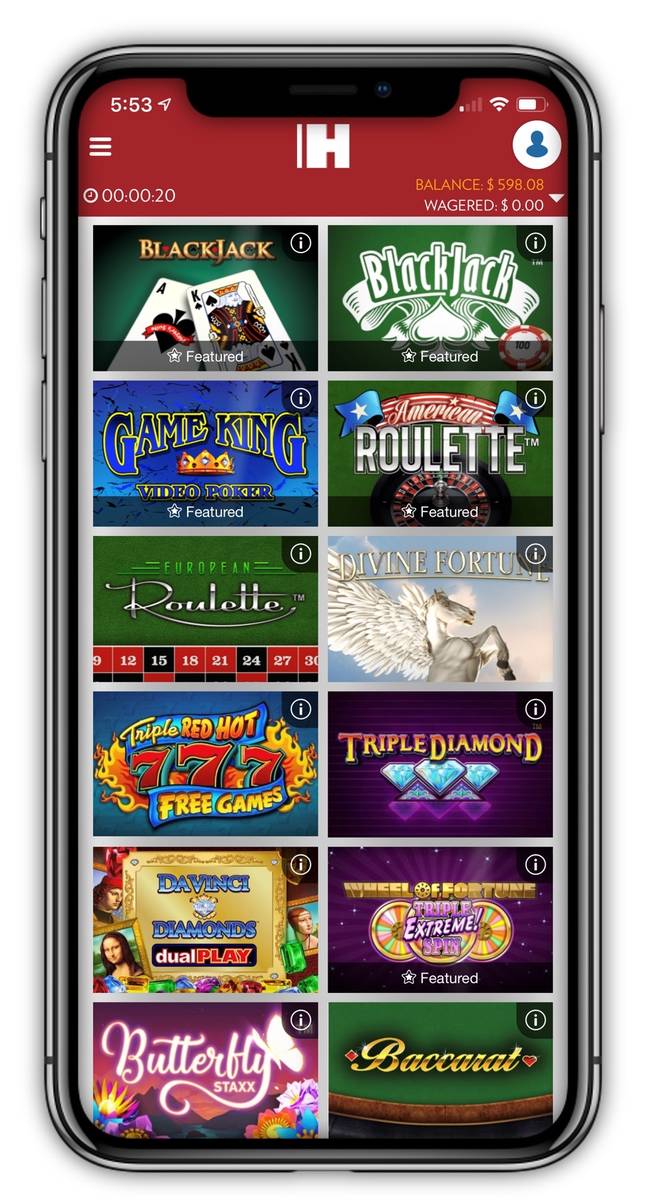 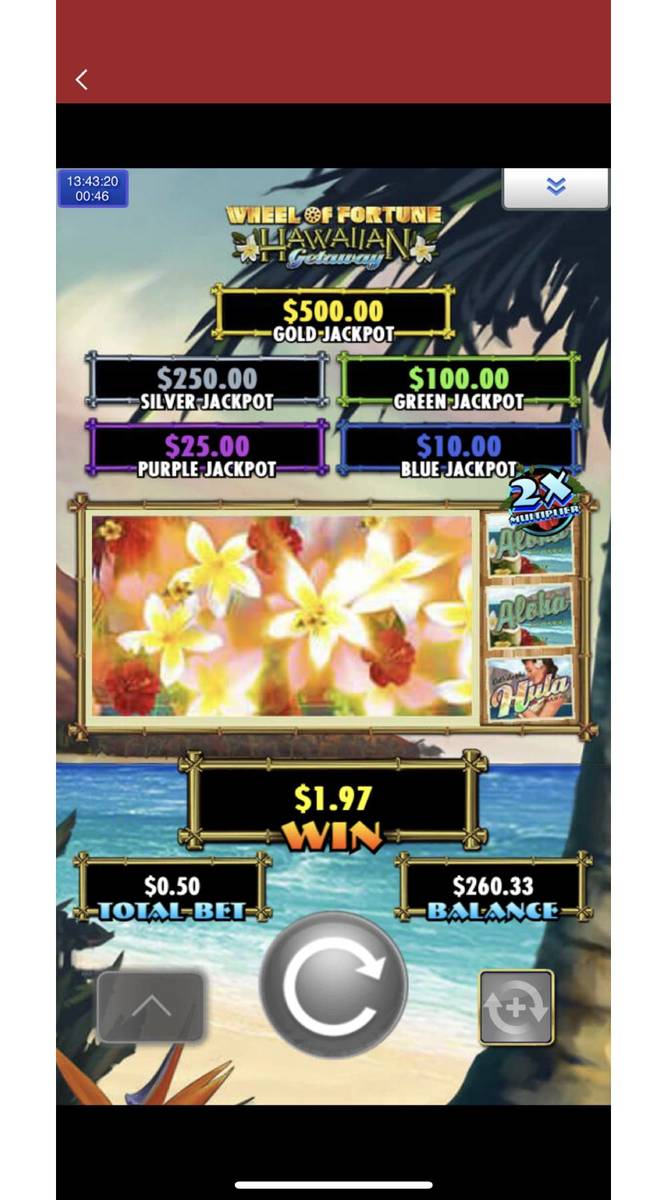 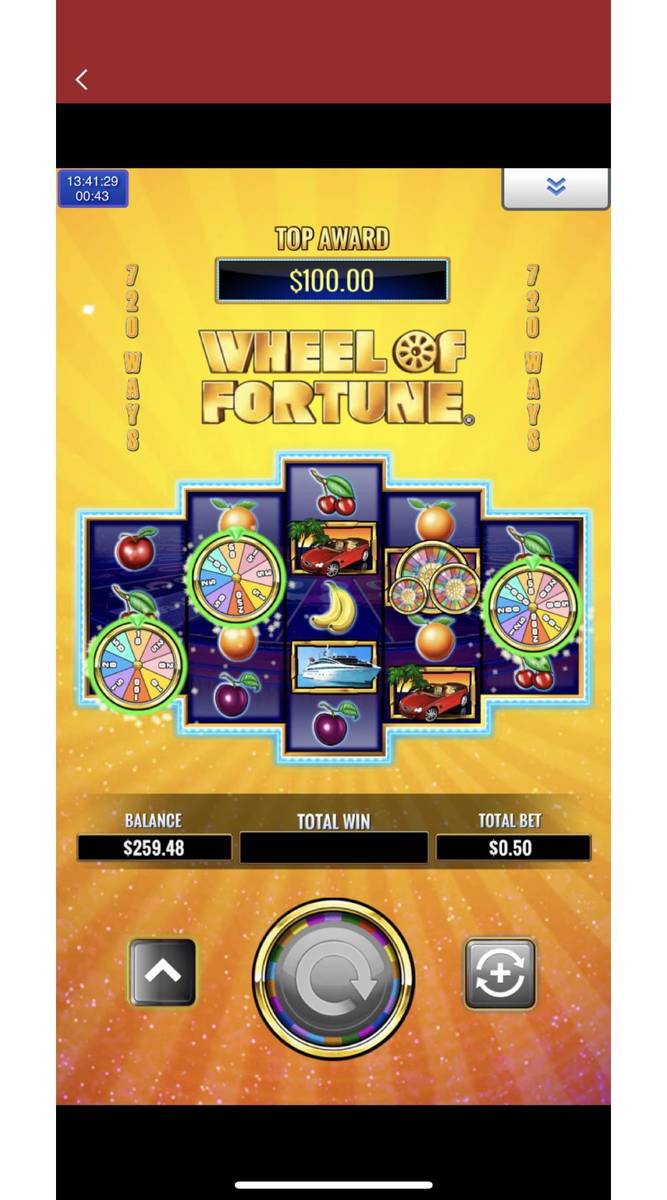 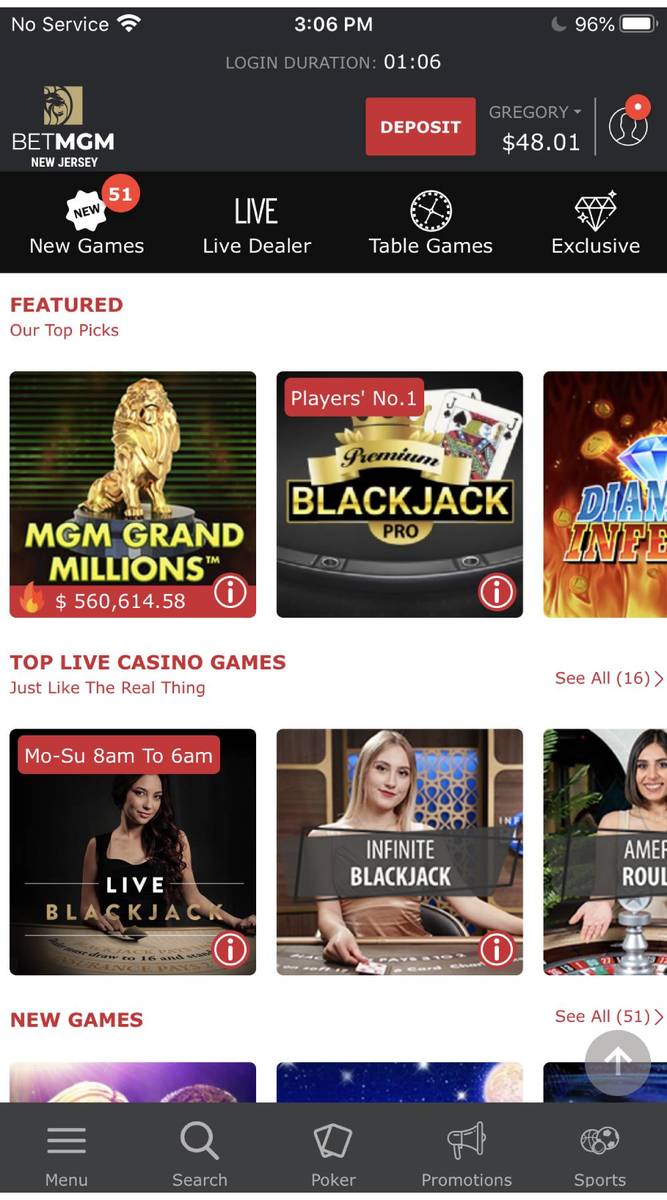 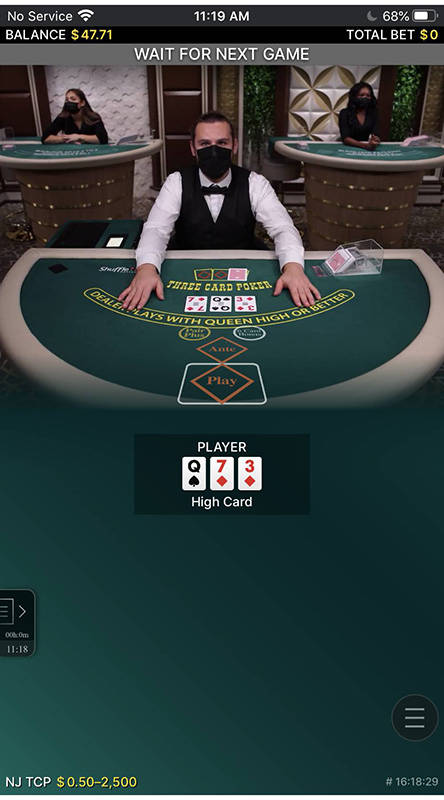 In certain parts of the U.S., placing a bet on a round of slots or roulette is as easy as pulling out a smartphone or booting up a computer.

But not in Nevada.

Industry watchers say online casinos, also referred to as iCasinos or iGaming, will spread to more markets in 2021 as states reeling from the pandemic’s economic impacts look for new forms of tax revenue. While the Silver State offers online poker, experts say it’ll take years before it broadens its online gaming offerings.

“As more state budgets come up short, there’s going to be more of an appetite to pass legislation for iGaming,” said former Gaming Control Board Chairwoman Becky Harris, now a distinguished fellow at UNLV’s International Gaming Institute. But “as a practical matter, the (Nevada casino) industry has determined it is not something they want to develop at this time.”

Nevada became the first state to authorize interactive gaming in 2013, but it has yet to expand its iGaming offerings beyond online poker.

He said up to five states could go live in 2022, followed by another five in 2023. By 2025, he expects up to 27. More details about iGaming’s U.S. expansion should be made clear after the 2021 session of state legislatures begins.

Gaming consultant Sara Slane said iGaming has “massive” potential growth and will “certainly be brought up” in 2021, but she doesn’t expect a nationwide embrace anytime soon.

“It’s going to be an ongoing conversation for years to come,” she said.

States and casino operators have had mixed reactions to the industry’s expansion. While some have been gung-ho about the potential to capture additional customers and revenue, others fear that iGaming could cannibalize the gaming market and draw money away from brick-and-mortar establishments.

There are also concerns about responsible gaming: How do you make sure customers are gambling safely when they’re miles away from your casino?

Some of those concerns dissipated after New Jersey and Pennsylvania went live with iGaming in 2013 and 2019, respectively, and demonstrated that iGaming in certain markets can be safe and lucrative without hurting brick-and-mortar business.

New Jersey, for instance, saw iGaming revenue increase 87 percent between November 2019 and last month, to $91.8 million. Casino revenue fell 35 percent in that same time frame, but that drop has largely been attributed to COVID-19-related restrictions among casino operators, including Caesars Entertainment Inc., Bally’s and Golden Nugget.

“There (has been) actually very little cannibalization (in New Jersey),” Beynon said. “It grew their database into new customers.”

But some worry that the same would not hold true in Nevada.

Some local operators and coalitions have strongly opposed the expansion of online gaming, such as the Coalition to Stop Internet Gambling, which was financially backed by Las Vegas Sands Corp. Chairman Sheldon Adelson.

Opponents of online gambling say its success in other states doesn’t equate to success in Nevada’s unique gaming market.

Most states with online gaming have very few commercial casinos. Delaware has three, New Jersey has nine and Pennsylvania has 12. Nevada, in comparison, has 219, according to a 2020 report from the American Gaming Association.

Many players in other states opt to wager online because visiting a brick-and-mortar casinos could mean hours in a car. The same does not hold true in Nevada. As of September, there are nearly 2,500 facilities with gaming licenses in the state, including more than 800 restaurants and bars, according to the Nevada Gaming Control Board.

Some argue that online casinos could steal away Nevadans who had been regular customers at nearby retail locations, including local gambling parlors and taverns.

“You have all of these convenience-gaming locations throughout neighborhoods … (that) rely on the ease of access as the bases of their business model,” said Kahlil Philander, an assistant professor at Washington State University’s School of Hospitality Business Management. “When the state thinks about offering online gaming, all of a sudden the main advantage these companies have, which is that they are convenient, disappears.”

One of the state’s most popular gambling parlors, Dotty’s, did not return a request for comment.

Anthony Cabot, a distinguished fellow of gaming law at UNLV’s Boyd School of Law, agreed that some operators could suffer under an iGaming expansion, even if the industry acts as a boon to the state’s overall gaming revenue.

“If you have a more convenient way to gamble, you might forgo the trip (to a brick-and-mortar location),” he said, adding that he believes this would hurt local gaming bars and taverns more than the locals-focused casinos that offer amenities like food courts, movie theaters and bowling alleys.

Grove said it’s hard to say how legitimate these cannibalization concerns are for Nevada, especially knowing that its gaming industry is such an outlier.

“There isn’t a great, direct comparable market that you can point to that mirrors Nevada that allows you to say with total certainty what the effects (of online gaming) would be,” he said. “This is a conversation that every state is going to have, and it’s a complicated conversation with a lot of moving parts.”

One of the powerful driving forces behind iGaming’s growth is its potential tax revenue.

The industry can bring in millions each month. New Jersey made nearly $14 million from its 15 percent tax on online gaming in November alone, accounting for about 45 percent of its total gaming tax revenue that month.

“New Jersey went full-steam ahead (with iGaming) and has really embraced technology. (The state) has shown that online wagering can be done safely, that they can appropriately regulate it, and they’re realizing the benefits from tax revenues as a result,” Harris said. “Other states are looking to capture some of that revenue stream for their state budget.”

Similar trends can be found in other states. The American Gaming Association reported that between July and September, after many commercial casinos and sportsbooks reopened, nationwide sports betting revenue was $352.3 million. Meanwhile, iGaming in legal states, excluding Nevada, hit $435 million in revenue, a 234 percent increase from the same period last year.

But even with lower margins, experts say sports betting is poised to spread across the U.S. at a much faster pace than iGaming.

“Online sports betting has sort of taken the spotlight from online casinos,” Josh Swissman, founding partner of gaming and hospitality consulting agency The Strategy Organization, said. “But iGaming is really where the potential bigger impact is. … The iGaming customer is much more valuable.”

Industry watchers say most, if not all, states will offer online casinos eventually. Nevada, however, is expected to be among the last to expand its offerings.

“The industry, while initially progressive out of the gate in looking at things like online poker, hasn’t necessarily kept up with the changes that have occurred over the last couple of years (in the online casino space),” said Brendan Bussmann of Las Vegas-based Global Market Advisors.

Gaming regulators have the power to expand Nevada’s online casino offerings, but Cabot doesn’t expect that to happen any time soon. He said operators have yet to voice much interest in expanded iGaming in Nevada because it would likely have a low return on investment.

New Jersey and Pennsylvania, two of the most successful iGaming markets, have populations of roughly 8.8 million and 12.8 million, respectively. Meanwhile, Nevada’s population is estimated to be just over 3 million, leaving casino operators a much smaller market with which to work.

Nevertheless, some iGaming companies have their eyes on Nevada.

The CEO of Las Vegas-based interactive gaming and sports betting company Bet.Works, David Wang, said the company plans to launch iGaming offerings in New Jersey next year and continue to grow from there. He hopes Nevada expands its online casino offerings “sooner rather than later” but said other challenges, such as the state’s reluctance to allow remote registration, could hinder the industry’s growth.

Nevada is “an important market,” Wang said, but being able to register remotely “makes a huge difference in customer adoption and acceleration.”

A representative of Penn National Gaming — which has a wholly owned iCasino subsidiary and operates land-based casinos across the country, including at the Tropicana and M Resort in Southern Nevada — said it supports the growth of iGaming in Nevada but did not have details to share on any legislative efforts to expand the industry.

“There are tremendous growth opportunities for iCasino across the country,” the spokesperson said. “As we saw early on during the pandemic, iCasino provided much needed revenues to states like New Jersey and Pennsylvania when the brick and mortar casinos were temporarily closed. We expect other states to consider legalizing iCasino in the near future as they seek new tax revenues that are sorely needed in the wake of the virus.”

MGM Resort International’s digital gaming company, BetMGM, has launched online casino operations in West Virginia, Pennsylvania and New Jersey. Matthew Sunderland, BetMGM’s vice president of gaming, expects the company to go live in “a handful of states” in the new year and eventually be in “as many states as possible.”

“The wide-ranging selection … has introduced casino to and strengthened our relationship with players of all types,” he said. “BetMGM has long viewed Nevada as a hub for providing a top online experience to players in a largely land-based environment. We want players in the state to play with BetMGM, earn M life rewards, and—if they are visiting—develop a continued relationship that they can bring home digitally,” he said.

Cabot said online gaming will likely have its day in Nevada; it’s just unclear how soon.

“Once the other states adopt internet casinos and it becomes prevalent across the United States, there’s going to be no reason to prevent Nevada from getting into the game,” Cabot said. “I think the fears of cannibalization and other things will have dissipated by then. At some point, we’ll roll into it.”

But Grove warned that the adoption could take time.

“I wouldn’t confuse inevitability with immediacy,” he said. “Just because we’re moving rapidly, (that) doesn’t mean we’re close to the end.”